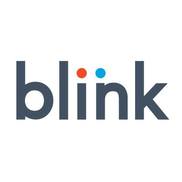 Having problems with Blink Fitness?

ComplaintsBoard.com is not affiliated, associated, authorized, endorsed by, or in any way officially connected with Blink Fitness.

I have been trying to obtain a list of charges from Jan. 01 through Dec. for my wife and I, so I can get reimbursed by my company for the membership. I've been trying for about a month. I talked to a customer service supervisor and was told that he would get it sent within a couple of day and would call me to let me know when it is sent. Never happened! I called customer service again and was told that it had been escalated to corporate. Still received nothing. Called again and was told that it had been sent but I received nothing. I was told it would be escalated to corporate again so I asked for a phone number so I could talk to someone at corporate. I was told that there was not one. My deadline for reimbursement is about up and blink does not seem to be able to handle simple tasks that should be common. If my wife and I could get out of our contract, we would! It ends next year and we will be letting everybody we know not to even consider Blink

hi, this is my second complaint. the first one was not resolved. my account was switched from manhattan NY to...

East Orange blink fitness gym is by far the worse gym I have ever stepped in. Luckily a friend of mine sent...

I canceled my membership in December 2018 by going my shelf at the gym.
That time I got the reply that my membership will be canceled in next 45 days and I have been char for those days I agreed for that condition at that time.

So its suppose to cancel in February 2019 but unfortunately that irresponsible staff has never canceled my membership and also I was getting charged from March 2019 to till this date.

On April 24 (approx), I went into the blink gym on Roosevelt Avenue and cancelled my membership as well as my...

I have attended Blink Fitness and had the membership in their fitness club. Couple of months ago I warned...

Blink Fitness
0
%
Doing nothing would be this company's favorite pastime, if they had the energy for it.