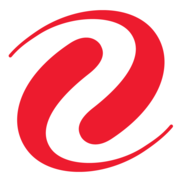 Having problems with Xcel Energy?

I recieved a bill from Xcel for a little over $800. So i assumed it was a mistake and called them to get it...

On Thursday 12-17-09 our residential services were disconnected due to being one bill behind (reduced to one...

Exel Energy is a complete rip off, very unprofessable, our electric bills are so crazy high compared to our...

My little family lives in a tiny one bedroom apartment above a garage, and we haven't used our furnace since Jan. '08, so the only gas being used in our house is our apartment size stove. And yet our bills were getting to be $119, for just gas! That doesn't include our electric! Our electric was at $251!! Mind you, our little apartment consists of 5 light switches for four rooms. We have one laptop which is only plugged in when it needs to be charged, which only takes an hour to full charge, two tvs and a small stereo. Can anyone explain how the hell our gas and electric can be that high when we have nothing!!!

I am one of the unfortunate millions that have become victimized by this huge monopoly called Xcel. These people are the absolute bottom of the barrel and the only game in town which is the attitude you encounter no matter who you have to talk to or how many times.

My ex left a huge past due amount when he ditched his family a few months ago. Even though I was never on the lease or the Xcel account, I am being harassed because I am the only one they can find. I was instructed by three different Xcel reps that all I needed to do was open an account in my name only, pay my bills on time, which I have, and they would pursue my ex for the past due amount. I did as I was told in opening a new account but Xcel has rolled my ex's past due - $500 + - into my account because he is nowhere to be found. Even though I have provided his new address and phone number, they continue to hound me. None of the other utilities my ex stiffed has done this - only Xcel. My guess is because I am paying for all the other ex's that ditch their families and all of the foreclosures that aren't paying their bills. Xcel is going after only those few they can actually find and harass. Where else are we going to go? It's not like we have a choice.

This isn't the first time Xcel has screwed with my billing and unless I can move, it probably won't be the last. Don't bother with filing a PUC complaint because they are a waste of time just like trying to find an intelligent person at Xcel is.

My Electric and gas usage (via meter readings) is way less than the caps and the taxes. $56.00 for Electric and Gas bill realtime. Grand Total of $122.00. I called and asked for details and conversion factors and math used. NOBODY at excel knew or had the knowledge about it. I could not get a single intelligent source on even explaining the bill details. they had ABSOLUTELY no idea about what the numbers meant on the bill.
(called on Dec 29th 9.00 P.M. 2008, after the sticker shock bill)
Ideas are welcome! Who do I ask now that I am stuck with Excel and no alternatives?

We are a military family and moved out of our condo and canceled service in June of 2008. We moved to Texas and placed our house on the market. The house did not sell until Oct. of 2008. It was sitting completely empty and unoccupied until it sold. Now Xcel is billing us $205.74 for services provided between June and Oct.

I called to ask what the bill was about, and was told that since we had owned the condo we are responsible for paying the energy usage. I replied that I should not be held accountable for the bill because I had specifically CANCELED the service! And it's not my fault that since Xcel did not turn the power off to the property it was still consuming energy.

I was speaking to Specialist Carmen employee # 6263.

I had also asked to speak with someone of higher authority who can help me with this issue. I was told by Carmen that they would have to call me back, so I gave her my number and had it reconfirmed twice. This all happened today so I'm still waiting for a response. I was told that they usually get back to me in the same day.

I had damage to my natural gas line in to my house. I understood that it would be an expensive repair bill, but the bill that I received was outrageous. The final bill arrived and the materials were charged at $68 and the equipment was charged at $119. No problem, that's the cost of materials and goods.

So apparently I must have had the CEO and CFO of Excel working on the line at my house. I'm not 100% sure but, $200+/hr is not the going rate for any service field.

I just paid my bill and was surprised at the cost. It was over 140$! Let me explain why this bothers me. All...

Xcel Energy
0
%
Doing nothing would be this company's favorite pastime, if they had the energy for it.