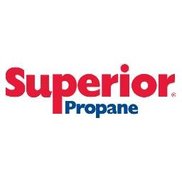 Having problems with Superior Propane?

ComplaintsBoard.com is not affiliated, associated, authorized, endorsed by, or in any way officially connected with Superior Propane.

I used to get my home heat propane from Superior. They are difficult to reach as their system is automated...

Switched to natural gas. Called superior to remove my tank. They set a date to pick up tank in nov. they had their techs come to puck up the tank. But left without it apparently because there was too much snow. Finally picked up tank in April. They sent a cheque for the credit I had. Then soaked me for $281.37 for the picking up thier tank. To top it off they sent the bill to collections so either pay or screw your credit. Superior propane are crooks. Would never recommend them

After being over charged by superior propane 3 times in a row I cancelled and went with another provider and...

I have been a customer of Supior Propane since my wife and I purchased our house in the township of Adjala in...

Service has been terrible. I bought a house with an oil furnace, and decided to go with propane. Superior seemed reasonable so i purchased a new furnace, it took them 4 months to install. It was summer so I didn't get too upset. When I didn't receive a bill I started calling, it took them 12 more months to send me a bill. I have since filled the 1000Gal tank several times, I started to think I was paying to much, so I asked a driver for another company what their price was, and it was 6 cents/L cheaper. I didnt think it was that bad so i ordered propane from them again. To compare the same day I called 2 other propane suppliers, and they were 10 and 13 cents cheaper. Today I called to complain, and the price was higher than gasoline. I called another supplier to find out what the cost would be to have them deliver me propane and it was 21.34 cents/L cheaper! Needless to say that's the last time Superior will EVER supply me with propane. They did offer to lock in my price if i signed an agreement with them. it was higher than the cash price from others.

I changed propane suppliers and Superior Propane charged me a $200 administration fee for cancelling my...

Superior Propane
25
%
Not bad, but could've been way better. This company does respond, but not as often as you'd expect them to.