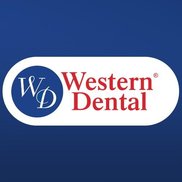 Having problems with Western Dental Services?

My experience has been horrible(to say the least) from the minute i stepped foot in the fairfield, california...

getting braces at western dental, mistake

it all started w/a root canal

I went to get a root canal around the mid of 2008, who would of know what a bad year I would have ahead of me. The doctor did the root canal, at that time I had Medi-cal letter on it was cut. I started noticing that my mouth would have an awful ordor even after brushing my teeth. In a matter of weeks I started getting a flavor in my mouth with was puss. My face started geeting all swollen from my left side where the root canal was done. I once again got Medical and went to the dentis with a disfigured face. They said the root canal did not stick or something like that since I over heared two dentist speaking. The dentist who had done the root canal said, I should call Medical and see if they would pay so that I could got with another specialist. I asked him to just pull it out since I had already got a root canal and did not want to go thru the pain again. After the infecton cleared they pulled it out along with two top wisdom teeth. A week later I started geeting severe pain only to my whole left side of head, face and neck. I went to the clinic and told me a had an infection on my head. I took the medicine that was perscribed. When it was time for my two week check up to see how my wounds were healing I told the doctor about my symptoms and he said everything was fine. Once again I got pain I was going back and forth from the health clinic to dentist. I kept insisting that the pain I felt was about where the bottom tooth had been pulled out. Evertime I went the Dentist seemed annoyed I seemed to ignore what I was teeling him. I would get soo.. much pain during the night, I could not sleep, I was unable to take care of my 2 year old daugter, she had to stay with grandma.I failed my college courses, and now I'm scared to go to the dentist. I know I need to fix the problem but who can you really trust?
June15 again I went to tell them my face was getting swollen, a female dentis helfed me I explained and she just hit my tooth the one before the one that got pulled and said you need a root canal.
As of I believe July 2009 Medical dose not cover adults over 21, so I'm assed out, once more so I thought. 5 days go Western Dental sent me a letter saying they would provide me with another root canal.
What should I do?

got hit with x-ray machine on my face

I went to get my teeth clean and the technical guy hit me with the x-ray machine. I ended in the ER with a...

It all began in January when we suspected Western Dental of insurance fraud, so we went to talk to the...

I called 1-800-dentist, two weeks prior to the actual appointment date which was then scheduled for a...

I had an apt with western dental and not only was I made to wait 45 minutes before I went in I was seated in a room that was, and this is the best way I can describe it, a communal dental office with dentists all around and patients, including myself with no privacy. I t was in one big room and everyone can see your x-rays and the work the dentists are doing on you. I was already scared, naturally but now I was mortified and embarrassed. The dentist who worked on me was rude. She told me to basically shut up and not move. That I hadn't raised a hand so I wasn't in pain. She then had me bite down after doing my fillings, did not tell me how hard to bite down so when the filling broke she proceeded to rudely tell me that I should not have bit down that hard and that is what happens when you do. Her assistant who seemed and I know this sounds rude but 5 cans short of a six pack and her conversed on subjects I deem to be inappropriate to discuss in front of your patient such as how busy it's getting and other personal matters that should be kept to themselves. The shot hurt yes but not only did they hurt, they made it worse by moving the needle as they were doing it and giving me like 5 shots in a matter of seconds that hurt and scared the hell out of me. She was rude and she kept calling me ma'am in a condescending tone. Oh and the filling she chastised me about has since started falling out again and it's only been about 4 days. I am not new to dental work and I know what a practice should practice. This is not it.

Two of my lower teeth had to be pulled for a lower partial, upon doing such both because severly infected. I...

In December of 2008, I went to Western Dental to get a thorough cleaning and any cavitys fixed. Not realizing...

Western Dental in Riverside, CA. I recieved a flyer for braces and the price seemed reasonable. I went in...

Western dental
Forced my wife to sign a contract after she was in the dental chair, and under medication, after the treatment was started, and without letting read the contract. They started the treatment on her bad tooth, and then came in with the contract. She told them she was to read the contract first. They told her that if she does not sign the contract now they will stop the treatment right now. The dental services was stopped many months age. They are still sending her
Threatening bills for many services that were not done. The canceling of services with western dental were in writing and signed by a reprehensive of western dental office. She has the signed letter. We have faxed copies of this letter to their main office but the threatening bills still keep coming.

Western Dental does not inform you about the need to join their dental plan until after you have been seen. The fees they charge are sometimes double what is a industry standard. If you pay the extra $99.00 you are then charged a responsible fee, if you chose not to you are held liable for the higher fees. Even with insurance, you still are held liable for the higher fees. Had I been told this, I would not of gone in to see them. I asked several times if I was covered by my insurance and was reassured each and every time that I had 100% coverage and not to worry. After the exam, I was then told I would only be covered for 100% of their fees if I purchased their additional insurance. I feel very ripped off and am interested in a class action suit against them.

went for bridge work in 2/08. Dr. Nojamian didnt listen to concerns when brdge did not align with upper tooth...

Please dont go there!!! Find a real dentist!! This people all they care is abouth the $ not the patient!!!

They have no idea what they are doing, bad service, they do the job in such a rush>

I needed dentures right away. They escepted payments. What a mistake. I made 2 trips there after they made my dentures because they never fit right. Well they still didn't fit. I had another dentist fix them. The price was $800.00 for my dentures, my total bill was aprrox. $1, 500.00. I received retro medical. I sent them my medical card & letter of retro date. It took them 3-4 months to turn it in to medical. But they never did turn in for my dentures. Just for pulling my teeth. They won't turn it in to medical, they say dentures have to be pre-approved. Medical has told me, that is not for them to decide. Mean while, now they have raised the price of my dentures to $1, 829.00. My dentures cracked after 6 months. I never dropped them. I called them, they want $165.00 to fix them. They start pulling your teeth before your mouth is even numb. They call me about twice a week to harass me about my bill. They say my contract is viod, but then they expect me to make the contract payments. All the payments I am making they are using as late fees. Because I do not make the contract payment. I wouldn't advise any one to go there.

ok here I go... I went to Western Dental Orthodontics office located in Davis road in Salinas, California. My...

I used to work for western dental-unfortunately.
Let me begin by telling you guys about the way WD makes their money.

*WD has commercials. A lot of them. Airing all day long.
*WD has GREAT marketing.
*WD dentist want to open their own practice and need the experience and WD is the only place that hires them quickly.
WD has a high turnout rate with dentists. They Don't last!The only dentist with some experience is the MANAGING DENTIST who normally has a little more experience.
*WD makes their money from Medical patients. If medical EVER decides to not have a contract with WD anymore, WD will be out of business


I suggest that if you have insurance PLEASE PLEASE PLEASE take your business to a dentist who works privately and is not incorp.

If you have ANY goverment aid Healthy Families, Medical etc) and HAVE to go to WD and dont have any other choice, I would suggest:
0) arrive on time
1)As soon as you come in through the door ask how long it will take,
2)Never wait more than 15 mins. if you have an appointment.
3)Always request a copy of your X-rays before you leave the office. You have a RIGHT to have those.
4)Take the x-rays and PLEASE PLEASE PLEASE get more than one opinion (by different dentist)
5)Be careful and make sure that UNLESS you are sure to let WD start your dental work and finish it, you sign ANYTHING!
6) Otherwise, don't agree/sign to anything, no other dentist will continue any work another dentist began.

*Note: WD cares about THE AMOUNT of patients it sees daily. And not how many people leave their office smiling.
After all if you're a patient with MEDICAL they already got a big chunk of money by them reported that you were there and took x-rays. Patients will always be JUST A NUMBER.

It's common sense people, WD cares about #'s!!! Not people! They're a COORPORATION!

Bad Experience Hi My name is Dzmitry Putyrski. 10/03/08 I had appointment with my dothers Katya at Wester...

Western Dental Services
2
%
Doing nothing would be this company's favorite pastime, if they had the energy for it.