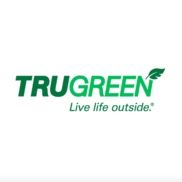 Having problems with TruGreen?

TruGreen reviews first appeared on Complaints Board on Jun 11, 2007. The latest review aeration and re-seeding was posted on Oct 16, 2021. The latest complaint Yard care was resolved on Mar 05, 2020. TruGreen has an average consumer rating of 2 stars from 197 reviews. TruGreen has resolved 52 complaints.

ComplaintsBoard.com is not affiliated, associated, authorized, endorsed by, or in any way officially connected with TruGreen Customer Service. Initial TruGreen complaints should be directed to their team directly. You can find contact details for TruGreen above.

Use this comments board to leave complaints and reviews about TruGreen. Discuss the issues you have had with TruGreen and work with their customer service team to find a resolution.

We used TruGreen lawn service and cancelled by telephone due to total dissatisfaction and the outrageou...

On 7/12/12 I requested a refund for the unused portion of my prepaid lawn care and tree & shrub care that wa...

I have used them for the past few years and my lawn has a lot of weeds. I see them come up and put their yellow signs up, but the following week I still have weeds. I call them and I am told they will send someone out to look at it. When you call them back nobody knows who came out. They straight out lie. After more phone calls they promise to send someone out and you never get to see anybody. They come out and service you again and my lawns has 30% more weeds. They do not care about making you happy. They just want their money and they do not give you service.

I paid them twice in May due to their online payment system. Unable to reach them by phone for days. They put you on hold for 15 or 20 minutes then disconnect. They have two 800 numbers on website, one for.customers, the other for new service, which they answer immediately but cannot transfer you to customer service or to a local office. No email contact is given on website! I finally found a local phone number, cancelled my service and requested refund for overpayment. They said I would receive a check in about 7 days. Have never received. I called them back every week and was.told check was in the mail. Today, July 5th they tell me accounting hasn't issued check yet but promised to mail it THIS week. Nothing but a company of liars. Would not recommend to anyone!

Scam. I paid up front for 6 months of lawn service with a free shrub service included if I paid in full. My...

TruGreen — for the money I spent I feel pretty ripped off

The primary reason I started with Trugreen was to rid my lawn of weeds and have thick healthy grass. The specialist left notes in my door saying he sprayed weeds one time and that the crab grass would shortly die out...the rest of the applications he fertilized. I steadily watched my weeds grow larger throughout the year and crab grass never die.

THEN...I had some "spreader" type weed start in the front of my house in the grass...TruGreen people never took care of it so it spread onto some of my landscaping, at which time they called me and said that they could kill what was on my landscaping for an additional 65$ for landscaping treatment...even though it started in the grass that you were supposed to be treating for weeds in the first place!

So I call to complain again, and explain about all the weeds. The TruGreen employee says he wants to come get a better look so that he can understand what I am talking about. I told him to come buy sometime during the week after 4 p.m. and he says OK he will be there...Three days later I get a message on my phone saying that he doesn't think he can help me with my weed issue and he won't be stopping out...? Gee, thanks for not telling me that TruGreen cannot in fact, do lawn care. So I called back and cancelled all service with TruGreen.

For the money I spent I feel pretty ripped off. I will not recommend TruGreen to anyone in fact I would advise against it. If you search TruGreen in any search engine you will find out that there are tons of customers that are extremely unhappy with their service. To make things worse there sales people still call me regularly to try and sell me service. It drives me crazy, why wouldn't a manager stop by...see why I am so unhappy...fix it? Instead of letting me remain pissed off and telling the whole world (potential customers) that there company really, really, sucks.

It's too bad they just don't get it. Buyer beware.

The complaint has been investigated and
resolved to the customer's satisfaction
Resolved TruGreen — if you're thinking about working here or working here read!!!

This company NOT only lies to the customers, but they also lie TO and ABOUT their employees to cover their...

April 5 2012 In March 2012 I called TruGreen Chemlawn and spoke to a customer service representative...

I can say that TruGreen did help my lawn at one point but within 3-4 months of treatment the grass eventually looked like a patches of light and dark green grass. Unfortunately I allowed the salesman to convince me to use a grass blend. (wrong decision) When I complained about the way the grass looked I was told that they no longer used grass blend and that the only way to possibly fix the problem would be to aerate and seed for the next 2 years.I eventually cancelled their service but was offered a percentage off to fix the problem that I think occurred after the seeding.I must say that the workers were helpful in explaining what they were doing when applying any lawn application. Eventually I cancelled the service because the grass did not seem to improve after further treatment. Please do your research.

I have worked for TruGreen off and on for roughly 2 years. I want to apologize to everyone who have had a bad...

TruGreen — they will cheat you

I had originally signed up for TrueGreen service because I honestly do not have time to cut my lawn during the summer. It is the busy season for my line of work. After a few months of service I decide that I will not sign up for next year but would finish this year out.

The prices were too high and the results were less than expected. I get better service from my neighbor who for a small price will trim my lawn. Everything was fine until I received a bill the following summer!

I never signed up for the next year! I never even noticed the trim! Why would I pay for a service I never requested? I called to figure out this unwanted charge. Customer Service told me that the service continues every year until cancelled by customer! They are allowed to charge you even though you never asked them to trim your lawn!

What a complete rip off! This should be an illegal practice! I have not paid the bill because I did not ask them to perform it! They are now threatening me until I pay. Is there anyway I can fight this??? TrueGreen is only there for your green wallet!

This company has been calling my home for about 2 weeks or more now and last night they called at 9:00pm to...

I've been with Trugreen for almost a year, i was just trying to get rid of the weeds, but they didn't do it right when they promised me last year and still want to collect money $55 for every 6 weeks. Thumbs down for Trugreen.

Trugreen is a horrible thieving company with dishonest workers. If you value your sanity and your hard earned...

Truegreen sent me a letter by a collection agency. I am disputing this debt. How can I owe something for them...

I had TruGreen come to my home after I planted new grass seed I informed them that it was new grass just recently planted they sprayed and killed the new grass then after promising to send someone to look at this person sprayed again I called office and someone else was to come and look at it the person never showed, I would never recommend TruGeen to my neighbors or friends

My supervisor is a money hungry * who professess to be a christian! All he cares about is money to pay for his fishing trip in florida! He"s an egotistical *! This company is a ripoff! Do not spend your money on tree feeds. Big mistake! Do not listen too # giving over the phone about * control when it rains, read your broucher-who"s lying? Smart customers know the difference... I hate working a lie. If you have a conscience like I do, you would not be running a businesses like this to better yourself at the cost of others...

I called TruGreen in March 2011 (Hagerstown MD office) to request an organic treatment plan. I am in the...

A bit of background information: I have been a TruGreen client since the summer of 2008; I live in rural...

TruGreen
26
%
Not bad, but could've been way better. This company does respond, but not as often as you'd expect them to.