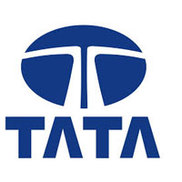 Having problems with Tata Motors?

Complete about the unsatisfying service

Respected sir,
I am the owner of tata's TiagoXZ (MH 10DG 7981). I was purchased my car on 21st of January 2020 from Tata's Showroom belongs to sangli that is JV Motors Sangli, Maharashtra. From the date of purchasing I have facing some problems in my car, & I have told about queries to the agent at the time of 1st servicing but they can't help me well enough.
I hope you will satisfy me about this.
Problems are my car is as, 1) always vibrating the car when it gets speed. 2) After the car travel near about 40km her AC automatically shut down. Or not working properly.3) Dash Board noise is also very irritating..
Please sir, I hope it will be clear after this.

Thanks,
With best regards,
Amarsingh
[protected]

Under the instructions of my client i.e Sri.Ramu Amala S/o Changala Rayudu R/o Bapatla noticed the facts a...

Hi, I am writing this regarding the problems we have been facing with our car which we bought last year from TATA showroom. My car is TATA Tiago and from past few months we have been facing issues with the engine and gear. whenever we try to change gears it struggles to accelerate. For this issue we reached out the authentic TATA services but the staff at the warehouse is not friendly and they haven't give us a clear solution regarding the problem.It's been more than two months. could you please look into the issue. we are from Bhopal and our car is TATA Tiago -2018. and the showroom is Varenyam Motors.

this vehicle was purchased nearly 2 years ago. I have had regular services at designated dealership from day...

Good Day Tata, Herewith I would like to state my case against Tata. My Husband and I bought our 1st Tata...

On the 26th of April 2018 our Tata Xenon was delivered to be checked for possible problem why it battled to start. Ab the service bookin clerk at Germiston contacted my husband to confirm that it is not the glow plugs but sludge in the diesel tank and that the cost will be around R3500 to fix. My husband confirmed that they can proceed. On the 30th of April 2018 Ab phoned to tell us that the cost to repair has now jumped to R7500. This is to take the tank out, send to somebody to get cleaned and refit. We were told that we can collect the Tata at 12H00 on 4th May 2018. At 11H45 on the 4thof May 2018 Ab phoned my husband to say that there is a new problem and the tank is leaking due to a hair line fracture and will be repaired at no extra cost. Now where did this suddenly come from???? And the Tata has now been with them for a week!!! We are not happy about this and the service provided is bad. This is not the first encounter we had to endure with Ab. Every time the Tata goes in there is some issues and costing us a fortune in getting sorted. The fact that we cannot take the Tata to anybody else hinder us from getting better service anywhere else. We need to know what can be done about this to avoid the same problems in the future please.

Dashboard recently started cracking just like all others from this era. Cracking follows peeling then melting. The melting creates dangerous window glare. Toyota is aware of this. It is caused by a Toyota engineering defect. They did a small enhanced warranty. They need to do a FULL RECALL! ! Spoke with Toyota customer care, horrible ! Toyota position, we don't have to help you.. were not obligated too, therefore we aren't. Unreal, what's it going to take for a recall ? A body count? People crashing because they can't see because of window glare caused by a meltdown dashboard. Big FAIL Toyota!

Currently my husband's losing money as tata refuses to give him a courtesy car while he needs to wait a month...

I am using tata zest xm rt since last 2.5 years and registration no is mh 14 eu 5205 and purchased from pandit auto, pimpri, pune.

I am frequently (every 15 to 20 days) visiting to service center pandit auto bhosari and now panchajanya service ceneter, pcmc, pune for below issues and still no concrete solution is provided to me.

Every time (I believe) they are doing only some temporary settings or some times they completely denying about issue.

And hence it is prove that my vehicle is faulty since manufactured.

Vehicle having intermittent (not regukar or every day) trouble in engine knocking, transmission, hard clutch, clutch jump and very low or no pickup and cannot drive car more than two km's.

So please help me to allot me new vehicle or refund my money on urgent basis.
Today I visited to panchjanya, service center in pcmc chnichwad and demonstrated below issues, but they are denying issue in vehicle :

Same time I have given my vehicle to other zest owners to drive and everyone is agree in said issues.

Since pooling, hard transmission, hard stearing and pooling while breaking issues are intermittent and not coming on regular basis, but engine knocking and low pickup are regular issues.

I have provided artifacts like engine noise recording, snap shot of error.

They are just connceting laptop to record issue, but I am thinking how they are judging pooling, breaking system etc on based on software and also why they are not considering there might be issue in ecu system.

You can also refer same issues are reported by many zest owners on social media.

I would like to complaint against pascos motor - mathura road there is gentle man named anil sharma # [protected] who has taken a bribe from the agent mr. raman bhalla. we had taken a vehicle on dated 24th october and till date we are struggling to get the complete paper work. we have started the process to get the vehicle in the month of august.. given all the required documents in the month of august.. after two month we got the vehicle and because of this we lost our contract as well.. I want know how you guys will compensate this???

Also tell you I have paid the n number of times penalty because of the non completion of paper work.. who will bear this losss...???

This is the very worst service since begging we are facing and we never recommend anyone to tata...

My tata xenon 2.2 broke down in the first week of february 2017 with a damaged engine. Because my tata broke...

I bought my tatta supper ace in september last year. the day I went to get my vehicle there was chip marks on...

This is my nightmare experience with imperial multi franchise and tata accordian investments, Vehicle : tata...

On 29/9 my superace broke down and as it is still under warranty I called tata road assist who promptly arranged for it to be collcted and taken to tata paarl. the next day, upon enquiring what was wrong, I found out the car was missing. eventually traced it to tata stikland who stated the engin needs to be replaced but they are awaiting autorization from tata. a week later, during which time I made about 10 calls to tata (gavin and christel) on [protected] all I found is that they are avoiding the problem by saying the car was not serviced. when I provide proof it has they find some other tactic to delay matters. up to now, a week later, I still have no idea what is happening and we use the bakkie daily for work. all I want is for the bakkie to be repaired so that I can get back to work or at least an indication of when I will have it back. please be warned that while tata is a fairly good bakkie the service is pathetic!!!

In view of the above, we hope that will appreciate our feelings of distress and disgust and request you to please intervene and suitably instruct your dealer m/s commercial motors, bareilly to put the car in right serviceable condition or replace the same. plz give my amount 5 lakh 32 thousand with intrest.

Thanking you in anticipation of your kind favour, sir.

Tata Motors
0
%
Doing nothing would be this company's favorite pastime, if they had the energy for it.