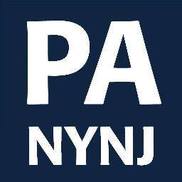 The Port Authority of New York and New Jersey

Having problems with The Port Authority of New York and New Jersey?

Hello, Unfortunately, my wife and I were not allowed to board a bus run by "Express Service" from the GWB...

I have taken many bus companies before and the driver either announced the stops or the bus has a automatic display of each stop as the bus arrived.
I missed my bus stop and I complained to NJT about my experience. The response I received explained that
the drivers from NJT "are not held accountable for reminding each customer when the bus has reached his or her particular destination".
So how will a customer as myself know when to get off the bus?

It's unacceptable that a customer as myself missed the stop because the bus driver who I made aware as I got on the bus that I was not familiar with the stop and asked if she would announce the stop, failed to inform me of the stop when the bus got to it. It's also unacceptable that NJT allows poor customer service of this sort and doesn't care to consider how they can make the company better from learning from customer feedback as mine.
P.S. The bus driver also had a bad attitude. I just pray for her and the NJT company period.

Currently, "Notice of Violation may result in referral to a collection agency".
How did we violate if we weren't ever there?
Got a bill for $50.00 over toll fee, assuming the toll fee is $15.00 as stated from Port Authority of NY & NJ. Requisition letter that we pay a bill via 800 number or to log on e-zpassny.com.
We've never been to NY and some how they've sent us a bill to our P.O. Box in far South Texas.
Attempted to resolve this via call to [protected].
I'm not a bit surprised that this type of legal theft would eventually happen.
As RVr's we have traveled through several sunbelt states and recieved a notice for a bill from Colorado. Wrong travel date and 4 years after we went through Colorado.
The kicker is that we can't travel on toll roads due to the size and number of axle' s our RV has while towing another vehicle. That's over 53 feet of vehicle all together. (The length of a large tractor trailer)
We would never attempt taking our RV into a large city with limited maneuverability. And we've never been to New York.
This bill is another example how we can have our name attached to almost anything and have our credit damaged for legal thievery.
Will follow up with results after I've made a call to have this HUGE mistake resolved.

Here is my complaint and I am not too happy. I was waiting for the 8:27 167T bus headed towards Dumont. There is ongoing street pavement at Frank W. Burr Blvd - Glenpointe stop (#13666). Detour notices informing NJT& their drivers they had to reroute to opposite bus stop #13668 due to the street pavement being closed. A police officer was monitoring the street closing and told me that all the busses had to detour and would stop. The officer was still monitoring the street until about 9pm and not one bus stopped. The drivers went straight off of 95 to Teaneck Road not even stopping at Glenpointe!

Here are the drivers who did not make their 1st stop at Frank W. Burr Boulevard - Glenpointe - arrival times: - 8:27, 8:39, and 8:53!!! I waited for the 8:27, 8:39, 8:53 none of the drivers felt it was necessary for them to stop because no passenger had to get off! [censored]!!! I told the driver I was very angry that not one of the above drivers stopped and asked him what time he left NY he said he left 42nd street at 9:18pm. His bus arrived at Glenpointe about 9:40pm. He stopped because he had to drop off passengers!!! Would he have stopped if he had no passengers? I was so mad and he didn't seem to care & I forgot to ask him would he have stopped?

Tell me how is this site going to resolve this matter and other complaints from NJT passengers? Yeah, Probably not! So for all you readers out there who have complaints due to drivers who take matters into their own hands how about moving forward legally with a class action suit against New Jersey Transit? This would be the only way to resolve complaints with this system.

Greetings,
To whom it may concern:

I would like file a complaint against a bus driver Bus line # 159 New York, new bus driver # 499960 (African American man with dangling Dread locks) dispatch yesterday January 23, 2018 on bus #159 from Fairview Garage in NJ bus # 7417 via Bergenline Ave. to NY @ 8:00a. I was picked up on 85th and Bergenline Ave.
I Have been a commuter for the past 26 years and have been taking the above line form 85th Street and Bergenline ave. to New York since. This is a new driver and yesterday at about 8:00am I boarded the bus
(7417 I believe) there was only myself and another passenger on the bus.
I politely asked the driver if he can shut off the overhead lights and make them optional. He had an attitude reaction to my request and started mumbling lots of thing that I could not hear and was obvious he dislike my request. He proceeded and picked up the speaker phone and announced over it that for my next time I should be more careful and not speak to him while driving and he used a loud and angry voice that I was very embarrassed.
First I did not talk to him while driving because I know better not distract the driver while bus is in motion. He just was very annoyed that I had that request.
Secondly, when entering the Lincoln tunnel, he turn the lights back on acknowledging that he is in control. As I was exiting the bus at NYCPA he sarcastically voiced out loud his ID Number to ensure that I make a complaint against him and was giving an evil look being sarcastic and harassing me with inappropriate gesture daring me to file a complaint on him as I was exiting the bus.
It is very sad frustrating that as a commuter I have to encounter issues like this specially coming from a new driver.
Today at the same time I was by my bus stop and had raised my hand to alert the driver I wish to board the bus and the same driver did not stop to let me in the bus and I had to wait for the next bus. This behavior is totally unacceptable and as far as I am concern, NJT do not train divers to have this kind of behavior. I wish that NJT takes my complain seriously.

For the second time in 3 weeks the 137 from Toms River 7 15am. Broke down. The second time was at Toms River. To top it off the 745 did not pull in till 746. This is the forth breakdown I have experienced on the Toms River line in 5 months

We are paying one of the highest fares to Port Authority. Our buses are old and break down

The Port Authority of New York and New Jersey
Doing nothing would be this company's favorite pastime, if they had the energy for it.