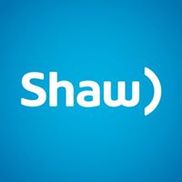 Having problems with Shaw Communications?

Shaw Cable refuses to pay me for the refer a friend program that they have in place. I personally set up...

Shaw — wrongful billing though I paid the bill

I signed up for shaw cable service in 2014 for a friend. When he couldn't pay, I called shaw to cancel...

Bought and installed Shaw Citadel Luxury Vinyl planking product on the advise of our local retailer. I layed...

Shaw said they would match Telus for same amount per month on a special. Got tv installed then tried to ask...

on.. so I tried it .. Trying to save money .. Then another bill came I contact Shaw recently asking for...

After receiving my online cable bill it shows that my account is in arrears. I keep my account current but it...

We switched from to Telus & they told me they would discontinue seervice for us, I made a recording to do...

Re: Bill for:
Kowality Builders, Inc.

The overcharges, were to be billed to the people who moved into the 2nd floor. We are and have been on the third floor for over 10 years.

After calculating Shaw's statement billing errors against our bill, we agree that we owe Shaw $160.05. Period. We will NOT be held at gunpoint to pay for a company's billing errors. Extortion Fees are illegal.

We sent a letter dated April 13, 2013 to Shaw outlining this information. Shaw did not respond except to send us another billing statement with charges listed incorrectly AGAIN. Several attempts to contact Shaw have resulted in NO Resolution - A true time-waster for us.

Any help you can give us is greatly appreciated. Shaw operates from a money grab position. Their customer service is non-existent and they are thieves of the worst kind. This is theft and extortion plain and simple and a business allowed to operate this way should NOT be in business.

Shaw cable is an extremely disrespectful company. They recently relocated a utility box directly into our...

Customer service agents are rude and careless to customer, they insult customers, no empathy just plain...

I always pay my bills on time.
In November 2012 Shaw Cable double billed me for cable services. I disregarded what they showed me as arrears, and paid the regular fee I owed. The next months they double billed me again, and the next month, again.
It is evident Shaw will not correct their initial billing mistake. Please help me. I am attaching all four statement for your perusal.
Yours truly
Kathie Bondar

IP-Relay is a service that translate from voice to text in real time and translate text to voice. 80 to 85% of relay operators type average of 20-30WPM. A lot of spelling errors that led to some confusions. Very frustrating. Does not relay every words but summary of what they are said on automated. The worst relay service I ever seen compared to the US. Very professional. Does not relay who they are. Very vague. Not informative enough of surrounding. Very oppressive service.

My wife and I booked a weekend stay at the Shaw Hotel and Spa this year for our 9th anniversary. Although the per night price seemed expensive, we figured the room and spa would be worth it. When we arrived in the late evening, we were extremely disappointed. The rooms were described as traditional and elegant decor, although we found they were anything but. We were led up a narrow staircase in the back of the building through a parking lot where there was an old musty smell and countless stains on the carpet. The rooms did not fair any better with mirrored walls, an emerald greed jacuzzi in the corner of the room, missing pictures and holes in the walls. We immediately complained to management and although they agreed to change our room for the evening, we were out of luck the following day. We decided to tour the spa and found it wasn't even connected to the hotel and looked like a local barber shop. We decided to immediately cancel our reservation, but were told by management there was nothing they were not affiliated with the spa and we would have to call the next day. We did, first thing, but were told we would be charged anyway due to their cancellation policy...over $500 for services that we never got. I have been calling and emailing the hotel management for two months now, without any response. The only response I ever received was to a hotel review posting where management denied everything, including the credit card charge which I later sent to him as proof. Two months now and no callback, so I continue the campaign to let anyone planning to visit Niagara-on-the-lake know about this hotel. Visit it before you book it.

With my household's current plan, I have, and quote "up to 25 Mbps". It doesn't take a computer genius to know that 25 Mbps is equal to 3.125mbps (25Mbps/8). I get download speeds of up to 200 Kilobytes per second. Now you do the math for me, how many times smaller is 0.2 than 3.125. That is how much percentage of speed I am being cheated by Shaw. The peak speeds we ever get are around 7-13 Mbps. This usually occurs in the early morning or in the middle of the night. I understand that the service is cable internet, and not DSL; hence with multiple users comes less bandwidth. But this is unacceptable. Had I a consistent speed, even a mediocre 13Mbps, I would be pleased. No. I get less than that, FAR less that that (1-6 Mbps on average). When contacted, Shaw simply prompts me perform what they call "troubleshooting" (really just a bunch of silly procedures to trick internet dummies into thinking that they're trying to fix the problem). The troubleshooting pretty much always fails, and their best gimmick is telling the customer to "unplug and replug the modem". This often does the trick, but is not a practical solution to this persistent problem. Obviously, if the problem comes back then there is still something wrong, and Shaw has not fixed a thing. And the especially infuriating part is that when I call them back, there is always a new customer service representative that doesn't know what has already taken place, and just tells me to do the same things as the previous representative did (the same old procedure that doesn't fix a darn thing: unplug and replug.) Never do they actually send in a technician, or give me answers that I am seeking. I have contacted them COUNTLESS times, and this is getting old. I am going to switch providers soon, but not before I complain about how awful their service is. I have never in my life been as infuriated as I am by this single company.

I got home on Friday after work and as usual, attempted to order a VOD movie to relax after a long week. I...

Well, it all started about 2 months ago. I was on my way out to go swimming with my family. I got a call from...

I originally received a call from Shaw offering me free 6 months cable. I never watched cable, but my bf...

I had service cut because I missed 1 payment and had an outstanding balance of <$100. When I phoned to see what was going on, the rep (#7635) made it out to be my fault. GO figure

Shaw Communications
20
%
Not bad, but could've been way better. This company does respond, but not as often as you'd expect them to.