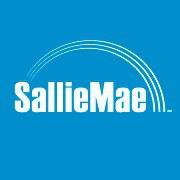 Having problems with Sallie Mae Bank?

ComplaintsBoard.com is not affiliated, associated, authorized, endorsed by, or in any way officially connected with Sallie Mae Bank.

I have done nothing but battle with SM for over 3 years now. Here is the latest - I have been overpaying my...

I have trying to ask a general question, but no one seems to be able to help me without my sons information. IT IS A GENERAL QUESTION! When I finally got through to someone I was frustrated because I had to go through numerous buttons on the phone and I picked the one that could hopefully get me to a live human being. I finally spoke with two people (with very strong accents), so I asked to speak with someone that speaks English and they hung up on me! I NEED ANSWERS and this is frustrating!

Upon wanting to get an education at Le Cordon Bleu Culinary Arts at Miramar, Fl. Sallie Mae was there to...

The complaint has been investigated and
resolved to the customer's satisfaction
Resolved Sallie Mae — Stop stalling & let me pay!

April 06, i tried to medically defer pmnts, smf said no, another co tried to take over loan, smf said no. In june 2007 i tried to pay off loan, smf mailed my ck back to me- no reason, i called, customer 'lack of' service said "your info does not match any accts here" i tried to pay via internet, my pmnts keep getting reversed, smf said my bank can not locate this acct, my bank says acct fine, smf has the wrong bank to the wrong route number- i told them ! They wont take a credit card they have stalled me for answers for over a year ! Now i have 3000.00 in late fees, all i want to do is pay off my loan ! I have documentation of all of this, therefore, smf may not sue me for this posting !

My son did not graduate until July from NMSU. I had six months after his graduation to begin paying this loan. We had and even put the loan I have on my son's list to pay back. I had to get the loan for him to finish college. Sallie Mae refused to put this on his list for all loans to become one loan. All other loans for colleages are doing this. I read of all the compliants from Sallie Mae lieing about loans that were never processed and this happened to my son. Sallie claims he recieved money and they can't even give us the back of the checks Shawn Pinion is my son. Even asked for two other checks and Shawn never recieved, but NMSU signed for and not Shawn and Sallie Mae still wants money he never recieved. We are sueing and going to court for this. Sallie Mae calls our work and they call our home not once but over 12 times in a day at times. They are to stop calling my work or I will sue them for this also. I will help my son pay back some of his loan, but I have to get two bills paid off before I can begin this. I am sick of Sallie Maes phone calls and harassment. There are laws for comsumers. I want a stop put to these calls and the rudeness on how they treat customers. They are hateful and rude to no means. It is bad enough our young men and women have to go into debt to get a head in life for an education. I know there are alot of problems with Sallie Mae and they need to be corrected. I will go to the Attorney Generals Office and Higher up the chain of command on this company.

I became disabled in July 2005. This year, I finally got disability and received a good amount of backpay. I owed my landlord for back rent, which was the agreement we made, she would let me live there, as long as I paid her back when I got my disability.

I paid her through my banks electronic payment system, bill pay, but I accidentally sent it to Sallie Mae instead. I owed them about $1,300, which was on a loan that had been deferred because of my hardship status. I sent them $4,000, which was the amount that I was supposed to send my landlady. A few days before I sent it, I had requested a disability exemption from them, which means that they cancel the loan as long as I never work again, which, unfortunately, is going to be the case. My bank said that if money was owed, there was no way they could get the money back that I'd sent electronically... GRRRrrrlll.

When I contacted Sallie Mae, everything was fiiinnneee. Yes, they would send the full amount back as long as I wrote a letter explaining the details. I immediately wrote the letter saying that I'd transferred money to the wrong account, etc., I called them weekly asking what was going on. I was told several times that the whole amount would be credited back to my bank account. Well, low and behold, about a month went by and they had taken out the amount that I owed them. When I called back, I talked to yet another supervisor who told me that I would soon be getting a letter explaining the reason why they took the money. The "letter" came a few days later and it basically said, thanks for paying off your student loan we appreciate your business. UGH!!!

Anger makes you smaller, while forgiveness forces you to grow beyond what you were. ~~ Cherie Carter-Scott

I received an email today from sallie mae services stating that they have not received payment on an account...

Sallie Mae Bank
59
%
This company definitely cares about its customers and responds to overwhelming majority of complaints.