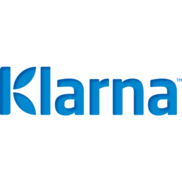 Having problems with Klarna Bank?

ComplaintsBoard.com is not affiliated, associated, authorized, endorsed by, or in any way officially connected with Klarna Bank Customer Service. Initial Klarna Bank complaints should be directed to their team directly. You can find contact details for Klarna Bank above.

Use this comments board to leave complaints and reviews about Klarna Bank. Discuss the issues you have had with Klarna Bank and work with their customer service team to find a resolution.

looked into making a purchase with them a couple of months back but never made a purchase as their rates are ridiculous. Now they have taken $125 out of my account. I called and spoke with someone who couldnt speak english and she confirmed no, i have no purchases with them and it was an "authorization", told me I should wait 7 days to receive refund!? Threw me into overdraft with other payments coming out. She absolutely refused to give me a supervisor or tell me how I can have my bank card expunged from their database... This is a scam, do not use them regardless, you will be sorry!

Purchased a Coach purse through Coach and set up the Klarna 4 installment payment. Checked on purchase delivery 9/2, no delivery status. Called Coach and got the back and forth from Klarna saying to contact Coach, which I already did. When there is a back and forth conversation for your customer service reply, that is rude. Then I am asked to contact the merchant, that is your job, you find out what is going on or you call the member and speak with them directly on the phone. Not happy with the service correspondence, nor do I trust their interactions with the merchant, since the merchant's customer service rep said they "know about Klarna and have been having problems."

At Christmas time we brought golf clubs total 482.61 We made a payment at that time for 120.65 then another payment for 361.96 JAN 1 =Total 482.61 All backed up with our bank statements. For a month our account said PAID IN FULL. So last night I wanted to check out the site and IT SAID WE OWE HALF OF THAT 482.61 and we have four installments of 80.32!! WTH. I CALL the company get a lady that I can't understand only to be told I'll file your complaint On
I wanted to talk to a manger only to be told we don't have mangers! I am beyond PISSED! Never again with this fraud of a company ! I put stop payments from my bank on this Company!
BEWARE DONT BUY ANYTHING FROM THEM

My name is Brian Davey I have recieved a overdue payment reminder foreward from an address I haven't lived in...

I recently opened an account with another bank (BankMobile) and I have a debit card from this bank as well...

DBS Clothing Limitet T/A Siksilk Registered in England company No.[protected] confirmed that my order was refunded back but it hasn't reached my bank yet. They suggest to contact your banking system . I got an confirmation email with info:
Refund processed successfully on 10th of May 2019 . 3:34pm. Amount 49.56 Euros.
Auth Code: ef93e460-83b7-4cce-91df-c187ce876e2b
Order#1068033

I have received a letter from Klarna (forwarded from an address I have not lived at for 18 months) . The...

I am pasting an email I sent to the debt collection service which would show what a poor customer service I have experienced and it also shows their lack of information.

This email is an explanation about the payment to be made to Klarna and also includes attachments as a proof.

Then, I received their first reminder on January 25 and the deadline was February 5. The amount was 41.81 Euros (mit Verzugskosten).

I called klarna customer care service multiple times. Finding customer care number is a headache here. Although after choosing English line, any German speaking agent picked the call and asked me to call back again for English line or assured me that i'll receive a call back, which never happened until I didn't make 3-4 requests for call back.

Thankfully, I received a call after wasting so much of time, I asked them the bank details again and agreed to pay. The agent deducted the Verzugskosten for me. I appreciate that.

I received another email on January 25 and the new deadline was February 15 and the amount was again 40.61 Euros (ohne Verzugskosten).

Then I received an email (first reminder) on January 28. And the amount and deadline was same i.e Feb 15.

Now, I received an email (second reminder) on February 20 with the Verzugskosten again and the deadline was March 3. And the amount 41.81 Euros.

In all the above emails, klarna never mentioned that if I don't pay on time or until the third reminder, they would include your collection services (coeo agency).

Now, I paid before this deadline. I paid on February 25. And they refunded me my amount on March 1.

Then they sent an email on March 8 (third reminder: mentioning in the subject; Letzte Mahnung zur aktualisierten Bestellung bei Wish | Voraussichtliche Übergabe an unseren Inkassopartner). The amount was 41.81 Euros and the new deadline was March 17.
I paid again on the same date, March 8. But they refunded me this time as well which makes sense to me because as per my understanding, their third reminder connected your services to me.

According to the terms and conditions of Klarna,
"If Klarna has a claim against you and you are in default with the payment, Klarna can demand compensation for the resulting damage in the amount of lump sum 1.20 € for each reminder."

FYI: I've worked in a customer service department and as a customer service representative, I know what does service mean. I would never ever like to connect with any organization like this, and would never recommend to anybody. Instead I would make sure to inform my connections to avoid any kind of relationship with this Bank. This incident has really left a bad impression on me.

I hope that you look into the matter. And just to add, I am ready to pay the amount of purchase which I made. I would really appreciate your time and support.

Hello, My name is [removed]. I am an international student who just came to Europe to study from Africa for...

Klarna — sent me a letter threatening to take money from me for unpaid purchases I have not made.

I have recently received 3 letters basically stating the same thing. But the 'items' were not...

Klarna — they sent me a statement for something I paid for a month ago via paypal!

I received a letter this morning from a company named Klarna, claiming that I owe them money for an Item...

I bought contacts from www.lensstore.se in May 2015 . I got an invoice from Klarna.se sent to my e-mail and I...

Klarna Bank
Doing nothing would be this company's favorite pastime, if they had the energy for it.