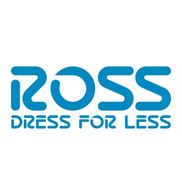 Having problems with Ross Dress for Less?

I have been to several stores in Salem, Oregon and Portland Oregon. Each time finding Used,Filthy items on the shelfs and hanging on racks. The worst is when I found a Pair of Mens Boxer Briefs. That were Stained with blue tranfer stains from obious wear. They also had human bodily stains as well.
To top it off the were marked at Full Price. I reported it to an Employee and got this look of confusion. Then the Employee had the nerve to asked what I wanted them to do with the Underwear.
I asked that she call the manager over so i could speak with him. The manager came and spoke with me. Was i suprised to here the answer to my question. As to why and how could any store put this garment out to be sold to any customer. His reply was simple " I have no idea how these underwear got tagged or put on the rack." Then he gave the Employee a funny look and walked away. Not another word.
I have since check everything over while there in the store. I've only been twice with my sister since then. I have yet to get over what happened. I have never had this hapen to any store that i have ever shopped in before. The Company need to put some kind guide line as to what they will put back on the shelf.

I have lived in Bellingham for six years now and have not been able to shop at Ross Dress for Less. The store looks like a bums yard sale with clothes, bedding, shoes, etc strewn all over the place. You couldn't push a cart in any of the isles even if you tried. I've been to Ross Dress For Less in Idaho and have never seen such beautiful stores. I don't understand why the Washington stores can not be ran the same way. The employees look like people off the streets, dressed shabily and you have to wait in line for an hour most times to even purchase something. I would think the company would make alot more money if they offered a much more appealing store to shop at with higher classed looking employees, not to mention the store carries clothes that are crap. Whoever does the ordering for the store does not follow the commercial ads on T.V. for products. I would love to be able to shop in our store in Bellingham but will not and I am not the only one who feels this way. I am writing on behalf of at least 100 other people, all whom I either know personly or have spoken to as they have left the Ross store without purchasing anything.

racist manager who doesn't care who he hires!

I am working at a Ross store and one of the managers has been proven so many times that he does not care who...

I went to the Ross Dress for Less on Campus Way South in Kettering MD with my mother, who was in a...

Ross Dress For Less is the filthiest stores I have ever been in. I have tried 3 of these stores to only find...

how to get heard at ross

Ask for the district manager. There are other managers in the store, but they're mostly troubleshooters. If he/she is not there, write them a note stating your concern BRIEFLY and asking them to call you by a certain time. Tell the DM specifically what action you want taken: "I want a full refund," or "I want you to speak with the associate about the proper way to handle this situation, and I want you to let me know when you've talked to him/her."

I like Ross, but they under staff purposely, in order to save money on payroll. So we are in a constant state of rushing and don't have enough time to keep the store tidy or clean. I have been admonished for trying to clean the (nasty) keyboard on my register. I was told, "We don't have enough time to clean." I want thing to change, too, so get your voice heard at Ross corporate!

I just came back from the Ross Dress for Less store on La Brea and Sunset. I left after realizing that there...

I was employed @ the ross on commercial and dixie, off oakland park blvd. My manager went on vacation mrs. J. Martinez. The day before spring break I found out it was spring break so I asked my assistant manager what to do?"She said well do what you have to do" I told her I have always been home with my children so this was never a problem for me.I wrote a letter stating that due to lack of knowledge and having no child care that I will not be able to attend work for the week of spring break and that I apologize for the inconvenience. My assistant manager approved it and I took the week off.When the manager returned from spring break she fired me before spring break was over so I called Mr.Volger from corporate office. He was supposed to Talk to J.Martinez because the assistant manager told the manager that she approved the week of spring break but j. martinez fired me even after hearing the truth. I wanted justice for her unprofessional actions. Mr.Volger never called back!I saw a ex-coworked who informed me of a number to call the complaint on no-good managers, so I called a young lady named Beth, she too has never called me back! So I decided until I can get a new job I would file for unemployment,so I did. Today I get a letter in the mail stating that I did not have proper authorization for an absence(this is a lie!!!) so they denied me. I want to fight this how can I get help for this situation FAST, because J.Martinez is lieing and J.Williams told her the truth in my presents and now she has LIED to government. This has got to be illegal and I need a professional to help me on this discredit of an honest persons characteristics and honor that is undeserved based on some womens spiteful, disrespectful and unprofessional character!I need HELP ME HOWARD!

I went to the Ross store on 75th Avenue and Bell in Arizona today and I found a white skirt and there was no...

It is so painful that I have to write this, for I love the products at Ross, but the shopping experience i...

I took my 4-yr old daughter to do some shopping at Ross (333 Ward Ave., Honolulu, HI 96814) on 10/21/06. She found a Winnie the Pooh chair/table set to be very cute. The set is approximately 3 x 3, and weights 25 pounds. Anyway, it is both bulky and heavy esp. when you have to take care of a little kid, and I am barely make 5 ft. After I struggled to slide the set on the shopping cart bottom, and went to the cashier; The cashier (associate #432577) stated that she could not scan the set because the way the set was in the cart. I asked if she could help to move it up to inside the cart so that I could pushed it to the parking lot, where my car was.

I said:" I can't do it, can you help?" Note: I am a person who doesn't ask for help al least I really need it. I happen to have weak wrist that I should not carry heavy items.

Unwillingly and with a long face, she finally move her body and came around to my cart, and dump the set flat on top of the cart.

I said" " I needed it inside the cart safely so that I can take it to the parking lot."

"You can't take the cart to the parking lot! She raised her voice:" I can't scan the box now"

Well, I didn't know that. I moved the box and dumped it on the counter and returned the shopping cart to where it belonged.

When I was signing the sale slip, I dropped my credit card on the counter when she asked to see it.

I was totally caught off guarded for her to say that. I guess the unreasonable people always has the first LOUD word.

"yes, you did. We have a video camera." She answered confidently.

I told the manager what happened but he didn't say a word.

I dragged the set to my car and came back to say to the manager:" I haven't started complaining about yet, but she had to complain about me first. This is another thing I am not happy about."

I will never return to this store

I went to Ross for Less on Tunnel road in Asheville, NC today after i worked a 12hr shift. I was in line to...

Ross Dress for Less
3
%
Doing nothing would be this company's favorite pastime, if they had the energy for it.