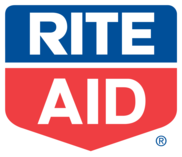 Having problems with Rite Aid?

ComplaintsBoard.com is not affiliated, associated, authorized, endorsed by, or in any way officially connected with Rite Aid Customer Service. Initial Rite Aid complaints should be directed to their team directly. You can find contact details for Rite Aid above.

Use this comments board to leave complaints and reviews about Rite Aid. Discuss the issues you have had with Rite Aid and work with their customer service team to find a resolution.

I called my prescription in on Friday so I would not have to wait when I get there. On Monday (3 days) later I went to pick up my medication and was told that it was not processed yet. This has happened to me on several pick up of my medication. What is the point of calling in your prescription ahead of time if you still have to wait a half an hour? This store has very poor service to the community 4188 Broadway New York, NY 10033
STORE DEA: BR9619872
TEL: [protected]
I am sad to say that I have to change my pharmacy to somewhere else.

This store is not for you if you are not caucasian or italian descent this store doesn't treat you the...

Rite aid switched the company they refilled my prescription from that I have been getting for years without...

I have been filling the same prescription with this company for years. I get a certain brand due to the other...

I work at Rite Aid and would like someone to email me at [protected]@yahoo.com and let me know why we are open till 9 this year as last year we were able to close at 5 so we could spend time with our families as you all do. I am speaking for others that work here as well. So I hope for xmas we will be able to spend time with our family and close at a better time
as Rite Aid says that they are all about family. As I will say Rite Aid is a good company to work for so please I would like to hear from someone. Thank you

Dear sirs, Neda and Francis Napolitano and Mary keep this game going, with a judge from Bergen County NJ...

Rite Aid is knowingly accepting subpar medication. I have a legitimate prescription for Hydrocodone. Every...

Rite Aid — Treatment of employee at York, PA, store who was attacked for asking a customer to wear a mask

I am writing about Rite Aid firing a dedicated employee who was physically attacked after politely asking an angry, defiant, and likely mentally unstable customer to wear a mask in the store during the Covid pandemic.

Our country is in the middle of a pandemic, and there are angry and mentally unstable people who react to the simplest requests for respect toward others with violence. This apparently happened in Rite Aid's York, PA, store recently, directed toward an employee, Elena Santiago. She was physically attacked, works and lives in a somewhat dangerous area and so carries pepper spray and a knife to protect herself, and uses it after trying repeatedly to reason with the attacker to simply put a mask on or leave the store. As a sign of how divided and unhinged our country has become, at least one person has been killed for enforcing a mask requirement.

Rite Aid Corporate responded that they fired her because it was not her job to enforce the mask requirement. How absurd! Masks are required by the state of PA and she works in a pharmacy where many older or ill people are picking up prescription meds. They are more susceptible to catching the virus and this angry man refused to wear one. She is a hero for standing up to this man in an attempt to protect everyone.

Her response was NOT AN OVERREACTION! She was protecting herself against an angry and mentally unstable person who attacked her.

I am horrified at Rite Aid's response in firing her. Whether the company realizes it or not, they are supporting the fringe element, like her attacker, instead of supporting caring, concerned citizens. Their actions are reprehensible. They are despicable. They are emboldening the covid-deniers and other groups such as militias that resent government interference, even when it is so limited as to require wearing a damn mask.

Shame on you, Rite Aid. I'm going to post my comment everywhere I can online and will not ever spend a cent in your store unless and until you reinstate Ms. Santiago.

I am local here a little town Newman, california 95360 or should I say bed room community
only 2 store in the center of town Rite aid and Nob hill
I shop at rite for everything we need in short for the last few years my family shop here
And I notice everytime this cashier a middle ages lady check me out shes giving me bad attitude (like she would be greeting other people inline) I feel discriminated insulted treat me like a criminal many times and she would not even bother to ask if I want to put my phone number
The other day set me up cant take it anymore I was paying a transaction I did with western union thru my debt card I have been using same debt card for years at same store at this time she claim the machine was not taking it I did slide 3 times and everytime it beeps I know the sound of accepted transaction she kept on saying not going thru and then shes staring at me like I am an idiot I feel insulted
I was not going to level up with her atitude or what ever education she hold shes not to be in that position, I am not a judge mental person but she doesnt belong to a store like rite aid and serve the public where people go in out and expect to be treated like equal a good paying customer.
Anyway, my profession is also a public servant for decades never treat people or discriminate whatever color religion looks they maybe..
Sincerely,
Danny Morales Mamaril

The poor pharmacist is not getting to his medication refills because he is spending all his work hours at the...

I went to pick my prescriptions yesterday afternoon. My physician called in a prescription for me as well...

The Rite Aid store in Niles Michigan has apparently hired some new people and they are extremely rude. A...

I just called this store location, Ridgecrest Calif, at 145pm and a older lady who called herself Marie...

Lake michigan drive store in grand rapids michigan not limiting amount of customers at a time and employees not wearing mask michigan law is to limit because of virus and suggest mask and gloves this is a risk to all and not legal can you please fix this limitng customer amount is against — the law will upo fix this a.s. a. p thank you from at risk customer

This person, Susan Tunget Rite Aid Employee Ridgecrest California is all over the internet in Rite Aid...

I don't have name of certain clerk that works at Rite Aid in McFarland, California. Every time I go she has a bad attitude and if I ask her something about why my insurance didn't pay more rudely she'll answer, you still have a copayment. Next time I go I'll make sure I get her name. I don't like how she answers to customers. We don't have to be treated like this if it wasn't for customers she wouldn't have a job.

Rite Aid
22
%
Not bad, but could've been way better. This company does respond, but not as often as you'd expect them to.