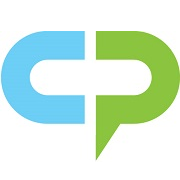 Having problems with The Canadian Pharmacy?

I am sick of your constant phone calls and spam email
I have asked on numerous occasions for all my details be removed but you keep calling from multiple numbers
I don't want anything from you and when i tell the caller they hang up but have the audacity to call again later
So are you all that thick you can't take a very simple sentence, i don't want anything from you

These [censored]. If I knew where they were calling from I'd hire someone to wax them. I've never bought...

They call my house phone business phone and cell phone at least twice daily wanting me to buy more medication. Even though I scream and cuss and tell them to stop calling they tell me they wont stop no matter what. I have told them for over 8 years the product they are selling is no good and to stop harrassing me at work. I do not have time or patience to deal with them while im trying to work

Sales people claiming to work for Canadian Pharmacy have been calling for months. They call 2-3 times a day...

The complaint has been investigated and
resolved to the customer's satisfaction
Resolved The Canadian Pharmacy — they call me from different numbers 3-4 times a day, I keep blocking the numbers

Calling 3-4 Times a day from all. Different numbers from all over This has been going on for 4 years now, I...

I sent in an order for Cialis weeks ago for about 250 dollars but so far nothing received and I have sent 3...

I have never purchased anything from this company, yet they call every day and have done so for ten years. They use revolving phone number identifiers, so I can't block them. Calls are 24 hours a day, seven days a week, 365 days a year for TEN YEARS. The operation doesn't appear to be Canadian at all, the voices of solicitors sound like Indian. What they do should put them in prison.

I, have receive over 30 t0 40 phone call a week from this company. I will be at work, Church anywhere they call from so many different number I can not keep up with them. I am not suppose to get these call at work and I told them but they still call and harassed me every day of the week and weekend. So I am asking for help before I loose my job over this type of stuff.

For the past three years I receive around 5 to 10 calls a month from Canadian Pharmacy asking my to purchase...

Over the past 3 years, I have received over 700 phone calls from more than 25 phone numbers from thi...

I have repeatedly asked to be removed from their call list, but they keep calling. Calls stop for awhile and then start again.

This time the number was [protected]. Their address is shown on the photo, taken from their website: www.rxmednet.com. They are located in Birmingham, United Kingdom and Latvia, so there is nothing Canadian about them. They barely speak English.

I suggest we all start calling them back all day long until they get the message that we don't what their calls or the products.

These loathsome swine send emails that LOOK like something else.

Today I received something that appeared to come from

Here is the message:

Your order has been successfully canceled. For your reference, here's a summary of your order:

I've been getting notices from the POST OFFICE, from "your youtube submission has been accepted" from United Parcel Service about packages they want to deliver-- and everything takes me to the pharmacy. This goes beyond spam- it's deceptive and should be illegal. Please put them out of business!

Ordered flagyl through Canadian Pharmacy and paid by credit card. The cost ($60) was withdrawn from my account within 4 days. I also paid add'l for expedited/courier service ($15.00) so now we're talking about $75 total. A month and three different tracking numbers and re-orders later, I still don't have my order nor a refund that I have requested more than five times. The repeated responses to my requests has been "once the package arrives, refuse it and we will refund your money." My concern, what if the package NEVER arrives, am I out of my $75? I'm glad I paid for courier service which requires a signature so at least I will have proof of its undelivered status. How and who can you contact about this business and their shady practices? Be cautious when ordering through Canadian Pharmacy... As a matter of fact, just don't order through them at all...

I called them to ask what they needed to fill a prescription for antihistamine, said I was going to my Doctor Monday and needed to know.
They immediately wanted me to sign in and register my Credit Card, even though I had no prescription to fax them. They said I would
immediately be charged, BUT the information would be there so my prescription would be quickly filled and sent. As soon as they told
me they wanted my CC #, BEFORE I even faxed them the prescription... I knew! Scammers!!! Stay away!!!

Ordered a small amount of generic viagra to test the product before buying more. Glad I did. Package arrived...

I don't know if this is the right place to write. I am constantly getting harrassing phone call from a company out of canada wanting to sell me medicine. I've continued to tell them to stop calling to no avail. Now the company call an uses profanity over the phone and call three or four times a day. The phone number on my caller id is [protected]. I would like it to stop. I don't understand why when I say I am not interrested in their product, they don't take no for an answer. Please help. I am not sure what the company name is because when the call i've told them no thank you.

I have been receiving mail that was supposedly sent from my web address to others in my address book. Some of...

You do not have to worry about the medicine being fake, because they are not going to send it to you!!

They are nothing more than a website. They just want your credit card info.

The plan on stealing your money and that you will be too embarrassed to fight back or report it.

They will sell your credit card info to other crooks.


If you look at the Domain Whois record you see for yourself. (The own lots of domains)

Put the address in the internet archives Wayback Machine ( Google it) They takes snapshots every few months of any site that has been on the net for over a year. If a company is not on t it is because they explicitly blocked their content (legit companies could care less) or they are less than year old.

Ordered a prescription for my son from this website; one he must take, $174.85 never received confirmation, tracking or anything except monies taken out of my account on Dec. 15, 2010. Any suggestions of what to do next?

Advertising emails are being sent to people using my daughters email address. She is only 14 and was at school during the time that I received this email. I know that this has to be illegal. I didnt think it was possible to send emails from someone elses email address. If I continue to receive these emails I WILL take further actions...This is really desperate!!!
"[protected]@yahoo.com.
Advertise on you OWN!!!

The Canadian Pharmacy
60
%
This company definitely cares about its customers and responds to overwhelming majority of complaints.

Most Discussed The Canadian Pharmacy Complaints