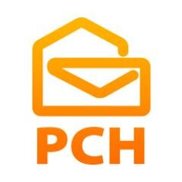 Publishers clearinghouse claims you do not have to make a purchase. To increase your chances of winning... What a scam they have!!! I actually made a purchase from them.. And thus far they are continually sending me notices referring to the fact that they would like to see me place another one!!! And how it would be a shame if I lost out on the opportunity to win if I didnt... These people should be put out of business!!! I would be happy to be part of a class action lawsuit...

Tokens won not being added to my total. This past 30 minutes, 4/23/2019 lost over 31, 000 in slots, etc. Yesterday, in one slot game alone, 8, 700 plus not added. And that does not include other token losses from that lengthy day of play...in past month, loss of 30, 000 plus/day, sites crashing, freezing, invitations to games... Since the 17th not arriving in a timely manner in my gmail. For eg, this early am I received those invitations that were dated the 17, q18, 19, th. That adds up to over 900000 token loss. Oddly enough, the computer actually subtracted my newly won tokens from my total, back to back twice. Since I noticed something odd in the past several months, I decided to watch. Also, the timing between games is excessive, the lines accorded as winning is random, not following, at times pch game play rules. Ok, not important, but, fair play should be followed since our playing brings in money for them
Please teach them how to add 7, 000 plus 9000 is not 11, 000. 8800bonus tokens means just that,,, not 900.
And very very very difficult to discuss things with them. A lot of dead end, wasting our time on dead end avenues. Bordering on scam?..?

Love tomatos and I'm good growing them...I bought 2 Tomato Rockets and received 2 free (4 all together)...I am a good gardener...1 never sprouted...2 were almost 3" tall, appeared healthy, and died over night...? what caused this to healthy plants...the last one is struggling...has 3 small scrawny seedlings...I never gave them anything but water as needed... I am a retired nurse/widow and I spent good money on these plants to be...I am requesting a partial refund and will contnue buying my tomato plants at Walmart...thank you for your time...Sincerely, Dawn

Pch is telling everyone about scammers using their logos and other similar letterheads or whatever they can...

Ive been playing their sweepstakes and searches close to everyday for about 7 yrs or more, have yet to win a...

I have talked with PCH Technical which has ADMITTED MULTIPLE times that a lot of people are experiencing not being able to view or play the LOTTO games. PCH has ADMITTED that it happened because of a third party sponsor video company that has installed at least one incompatible video on THERE site. Yet every oversees robot/person reads the script in front of them blaming MY computer (used 4 different ones), my cache, coolies and history (ALL been deleted- and 5 different computers would not have the same issue), my internet company (Have three different companies the computers all use), my browser (Have three different browsers on these four computers, have told me to "buy a new computer", and told me to send a screen shot (I have done MULTIPLE times, and will not fix the problem. This went on for FOUR months las year too before they fixed it! I won't go four months this year, as I will hire an attorney if need to to prove Consumer Fraud!!! GET IT TOGETHER PCH!!! IT IS YOU!!! SO FIX IT!!! It has ceased to be enjoyable playing your FREE games for tokens, and I do not think if you can't do the free games correctly, what makes me want to BUY products from you? Oh, and by the way; YOU ordered some cheap clothes pins FOR me (I DID NOT ORDER THEM) and tried to charge me sixteen dollars . I did not order them!!! DO NOT PLACE ORDERS AND CHARGE ME!!! THIS IS A SCAM!!!

PCH — submitted $1 payment and was given insufficient funds... not the case $1 was available

there ad was also connected to some dating site..please make this right, I have participated in PCH for over 35 years...it will end on this note if this apparent scam is not made right and the phone produced..and as much as I do enjoy PCH, along with no longer subscribing, I will make a concentrated effort to discredit PCH as being no longer ethical in hteir dealing s with the public.

sounded good. thought I'd give it a try. waited forever for the order to arrive. it was sent from Seoul...

PCH Lotto: Alert Code [protected] I questioned if this was a hoax and was told: your email emerged winner of...

I complained three times by e-mail, three different times, You sent the acknowledgment that you received them, then received one response to one of the e-mails, telling me I did not give you enough information and I have seven days to tell you. I already gave you the date, the time, the game and the amount of tokens cheated out of (40, 000 each time), for each e-mail, I don't know the blood type of the person that is reading it, so can not provide that. Each time in the past problems (quite frequent), you blame my browser, computer, me, and the time of season. If I get it right on most, it can not be my issue, Houston YOU may have issues. You then sent me a satisfaction survey, in which I filled out, and asked for a response, again not getting one. Today I can not get on to Lotto at all, called you, you ADMITTED that you had problems after the update last night, and you would fix it. I WAS NOT THE ONLY ONE HAVING THIS ISSUE! Whew! that's good news! You are human! But meanwhile I miss your daily game you have only certain hours to play, thus again, screwing me out of tokens. I am not complaining because I play religiously and never win, but that when I play, I would like to get the tokens I earn, and have the ability to play the games you offer and don't supply! PLEASE GET IT TOGETHER PCH! I was going to start ordering, but if you can't supply your free games, why would I think I would not have problems getting what I paid for?

This is the second time Im writimg to you regarding my last purchase from you. In that complaint I spoke of how it looked liked someone had gotten into the package and that one of the items had a part out of place. I also mentioned due to cost to send it back, I cant afford to do that but now the other product I sadly bought it too is not working properly. This is ridiculous. I want to know what will be done about this . I cannot see paying for either of these items when they do not work. So to me and others it is obvious someone else had been in this package or someone packed them knowing full well they were defective. Please either resend the two items or return the first payment I made. If you want the products back please send whatever is needed to send them...boxes, returning mailing label, and whatever else is needed. I admit this is the first time Ive received faulty items but it sure has left me very disappointed and wondering if this will be my last purchase from you?

We ordered iris rhizomes from publishing clearing house. There were to be 4 and there were four. One i...

As you know, I have been ordering from PCH since 1992. This time (though I have had trouble before) is the...

I'm insulted by PCH policies. I have sent a letter to Port Washington, NY detailing my complaint and...

Iam complaing.against publishers clearing House.ive entered for over 10 years.none have ive won Its not been...

I purchased a telescopic nozzle for my hose from the many product advertisements that are included in my PCH...

Hi. We received a letter today saying that "if you didn't hear from us now, it will result in us not winning...

I ordered a necklace from publishers clearing house on 6-15-18. I always keep all my receipts from each order...

I've been returning sweepstakes entries for several months but have NEVER placed an order. Today I received two packages with a bill and pitch that if I paid for the two items [protected]@15.00 tax and shippingfor total of 41.52, I could receive a free tomato knife! The package also had my name misspelled...I called customer service immediately [protected] to explain the situation and emphasized that I have made no requests or orders. First words from CS rep was ' you like the items?would you like to keep them?' I reiterated that I didn't order or want them. He insisted that the order showed up on their end on my scanned lotto entry!?! Again I said no way. The closest to any 'order' was to show things that might be of interest...and even those didn't coincide with my 'gifts' . I read the form carefully. He then conceded that my memory was correct. He back peddled, said that he'd zero my account and that I could 'keep' the items. He added, 'remember to put stickers in the right order boxes next time.' it's great they didn't demand return...however...
After reading other posts, in the future, I will not open, write return to sender. What a way to strong arm purchases!!

Publishers Clearing House / PCH.com
25
%
Not bad, but could've been way better. This company does respond, but not as often as you'd expect them to.