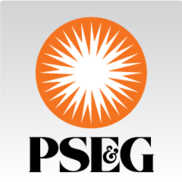 My power went off during hurricane sandy on monday... today is saturday and I still have no electricity.. I have 2 small children who have asthma... I had to throw out all of my food because it went bad.. this is a nightmeare... pse&g sucks!!!

i've been a valued and a on time paying customer of p.s.e.g/worry free for many years.Never, ever thought that i would be com-
pleately dissatisfied with there services. Their slogan worry/free is all lies.There commitment and satisfaction is a fraud. I've been having problem from the day i first called 8/2/2012 too 8/8/2012 trying to get service for my appliance, however, worry free agents set nemours appointments and was never faithful to any, all came with excuses along with the run around. what ever happened to honoring your contract, standing behind your work, being trustworthy to your customers.all shot to hell in a hand basket. you keep calling and you get more lies, they keep taking your money and give no service.it's clear to me i'm being robbed by worry free, please you be careful so this don't happen to you

I recieved a letter from PSE&G that their records indicated that my service at my home was sceduled to be taken out of my name because someone called and said I was moving. I am the homeowner and we are not moving but PSE&G granted this to this person without proper identification, security information...so I gues anyone can just call them and do this at anytime. I have called customer service and the guy said "oh no everything is ok" then I said why would I recieve this letter he told me to ignore and i said i want to speak to a supervisor and finally we got it straigtend out but this is still a major problem. HOW CAN ANYONE JUST CALL WITH YOUR ADDRESS AND HAVE THIS DONE? WHAT HAPPENED TO SECURITY QUESTIONS? I am awaiting a phone call back this is a very serious problem.

First, I was told that my gas bill for January 2012 was due to "storage" of gas during the summer months and...

They shutoff power in below freezing temperature (due to some confusion in the online payment) - a payment of...

While I understand that due to the snow storm many consumers are without electircal power. However when I see around in the neighborhood, which is an extensively large area of about 2 miles radious with over [protected] homes I see no PSE&G crew working on anything. When I called them they say they are 'invisible' to me. Their pubilc announcement say there are 98000 consumers without power throughout the state of New Jersey (as of Nov-1), which is baseless as there are tens of thousands of people without power in only couple neighboring towns where I live.
There is no accontability at PSE&G to provide accurate verifiable information and when you ask as a consumer you are shown lame excuses eg 'our workers are invisible but working'
I hope authorities don't remain in bed with these guys, wake up and make them work - deligently. Elections are not too far !!!

PSE&G is running a scam to enroll homes in the "cool customer" program. They install a thermostat (decent...

I have a vacant building at 1747 Springfield Ave. It has been vacant for tow years. Nobody using lights and...

I received a notice from pse&g stating I needed to contact them to schedule an inspection. I called thi...

I am completely disgusted and enraged by the lack of knowledge, care, and concern of the customer service...

Before you rush out to add the worry free service contract to your already over charged billing be warned. Have had this contract for 3 years and this past month actually needed to use it due to problems with my water heater. So that is 3 years at $350 per year (over $1000 paid so far) to have them come out and determined why the pilot light went out. Well one month later, 5 service visits later, 2 weeks total with no hot water (with 2year twins) and 4 days off from work to wait for these jokers to appear and I am still without hot water.
The amazing part is not only do the service men highlight eachothers incompetancey to do their work correctly, but when they tell you a part will be in the next day and it will be installed as the problem was being caused by them, you get a call stating it will be 3 more days until the part can be installed!
So now I am ready to ditch the joke of a contract and repalce the boiler altogether to end this nightmare and to cancel this obvious waste of time and money. The contract title is right, the worry free statement is for pseg as they sit on their backsides worry free about what you can do about having to go another week without hot water or anyone servicing the boiler who may actually know what they are supposed to be doing.
I actually had better service and repairs with american home shield warranty, at least they recognized the need to provide a paying customer and their family hot water during the coldest winter in years!

Thanks for nothing pseg I am sure you can find the right place to stick your worry free service contract, on second thought it may well take 5 guys to do it as it has to date with my boiler and still no hot water!!!

There was a mistake made on PSE&G 's part. Now that the mistake has been cleared up I'm now...

I was supposed to have a technician come to my home to get the electric meter outside (it is in the home and we get an estimated bill, which is super high so they "recommended" that we have our meters outside "for free." I agreed, except it was one day for gas, one day for electric. The electric meter guy never showed up, but he said that he did and that our home was "inacessible." Ok, I not only was home, but I was OUTSIDE the whole time waiting for this guy. As a matter of fact, when he said he passed by and it was "inacessible" my boyfriend was inside calling PSEG!? How do they get away with this! I tried to complain but no manager came to our aid.

Lost power due to storm on Saturday, Mar 13 promised restoration of services no later than following thrusday...

PSE&G has to lines coming to my house, this was news to me. An A and a B line. Well one day the B line went...

OMG! How I sooo agree! They are the worst, last night 10-13-09 I had not 1 but 3 rude crude individuals, a Simone, another was a Tonya who hung up on me and finally a Melinda who refused to get a supervisor on the phone.

This will not be tolerated! not when we the consumers pay our debts, who on Gods green earth do these people think they are? Who does the hiring @ PSE&G?? My guess is that they hire anyone from the streets who needs a job and is willing to work for minimum wage and there you have it! a bunch of uneducated, inept deficient people who are so called assisting me when I call with questions??...OMG! What a world...

Why is PSE&G the only utility company we have?? I still don't understand it! Can someone please address this!!! PLEASEEEEE...

Pse&g sent me a preposterous bill for around $2,000 for march and april even though I was away the entire month of april. My typical bill for such months is around $200 per months. The bill showed a preposterous 5,000 kwh usage for each month (5,000 kwh is typically consumed by 15-20 houses)... I am very frugal and, as I said, I was away in april.

I called pse&g in may and they said that many customers have had similar similar unexplainable "spikes" which was caused by a glitch in their "new" system... And they asked me not to worry and that they are fully aware of my historical monthly usage, etc, etc. They promised to send an investigator to fix this problem.

No one ever came. I called several times, and they kept telling me that they are a little behind but someone will come by and fix this mess.

May, june and july passed and no one came. Still, pse&g, using the us postal service were still sending me "overcharged" bills...

I insisted on speaking to a supervisor... A supervisor called me with a "new tone", and started "speculating" that there "may" have been a "short" in my house that "may" have caused the spike... And then added that, even though this is very unlikely with a 0.01% possibility, if the meter in my house is functioning properly, that means that I will be responsible for 10, 000 kwh consumption for 2 months.

I am horrified... And I feel totally helpless and under the mercy of pse&g and its gigantic might playing the "other party", "the investigator" and the judge.

On wednesday, august 26, 2009 I came home after a long hot day of work to no power in my home. Unfortunately...

Public Service Electric & Gas [PSEG]
46
%
This company is on the right track to keep up with incoming complaints, but there's still plenty of work to do.