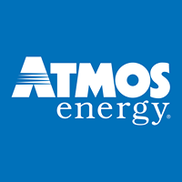 Having problems with Atmos Energy?

ComplaintsBoard.com is not affiliated, associated, authorized, endorsed by, or in any way officially connected with Atmos Energy Customer Service. Initial Atmos Energy complaints should be directed to their team directly. You can find contact details for Atmos Energy above.

Use this comments board to leave complaints and reviews about Atmos Energy. Discuss the issues you have had with Atmos Energy and work with their customer service team to find a resolution.

Atmos Energy — Gas turned off with no notice because "someone" reported a leak.

Atmos energy came out and said that "someone" reported a leak. Wasn't us. They inspected the property and found no leak. Then they turned off the gas and left. No word, no one returned, after 5 days I started calling asking when the gas would be back on and they tell me that a leak was found and we need a City inspection before the gas can be turned back on. This is on New Years Day - a friday. Nothing is open because of holidays and weekend. They did not tell anyone about a suspected leak and have left us without heat or hot water for 5+ days.

I called to setup service on Thursday, Jan.30, and I was told that I could not get service until Monday, Feb.3. I chose the time slot of 8-12. I have waited over the 4 hours they requested that someone is home for the service to be setup. I have no heat and no hot water and its been 5 days. It is pointless to reserve a time slot that they want you to stick to but can not come when they are supose to come.

Everyday semi and dump truck drivers from atmos energy are speeding down my road which is located on the same...

Atmos Energy Corporation — gas cut off for over 24 hours

On 6/14/19 about 2 PM I was informed that my gas was being cut off for uncertain reasons. AT&T was putting in fiber cables nearby.
I was told about 5 PM that somebody else would come turn the gas back on and restart all my appliances.

Having just returned from weeks in Africa and having jet lag I retired at 7:30 PM. On arising the next morning I found a yellow card on my door (stating they'd come at 8 PM w/o a call) asking me to call for a restart. I did. Atmos could not tell me when they would come but said they'd call my cell number before coming. Never did I receive a call. So I waited at home ALL DAY! I called again in early afternoon and got the same information. I called again at 5:49 PM, sitting in my living room (20 feet from my front door!) and was told a serviceman had been at my door at 5:30 - 19 minutes earlier - and sure enough there was a a yellow card again. So I called and begged them to send someone out. (Having been in Kenya taking cold showers for 2 weeks I was not excited about no hot water.) Frustrated I attempted to restart my water heater, foolishly forgetting that without main gas turned on it would not light. As I walked past my front door returning to my living room I saw a man on my front porch. It was Atmos. Apparently Atmos servicemen have the most timid knock because standing behind the door I could not hear him. Only luck allowed me to open the door. He then proceeded to spend 30 minutes changing my gas meter and started to leave. I said I was told he would restart my water heater. He bled the line and fiddled with the water heater and I assumed he'd restarted it. By 4 AM I still had no hot water and (I looked up how long it should take for the water to heat - less than an hour) so I moved furniture to get at my water heater again and ALAS it was not lit! So I LIT IT! Now I have hot water.
I am extremely frustrated by Atmos' indifference and poor customer service in cutting off and failing to restore my service. Expecting a customer to suspend their life and wait is beyond inconsiderate. But what are you gonna do. I'm stuck with Atmos.
I

This company is the worst I have ever dealt with my name is Dillen I have used this company for years they...

I was driving home from work traveling north bound on I-35 in Dallas, TX, and one of your drivers was driving recklessly. He was speeding and almost hit my car! The USDOT# 216478 and license plate # AH56487. If this reckless behavior doesn't stop he will cause an accident. Today is September 28th, 2018 and i'm submitting this complaint today at 6:05pm.

My name Is Tiffiney Wood, I tried to connect service at my residence, but Atmos said the previous tenants had...

The complaint has been investigated and
resolved to the customer's satisfaction
Resolved Atmos Energy — Use less, pay more

It looks like on March 29, 2007 the Railroad Commission of Texas has issued an order that Atmos Energy Corporation can charge its customers some kind of a fee called WNA (Weather Normalization Adjustment) effective immediately. I found that out when I received my Atmos Energy bill this month. In the month of February 2007 my gas bill was $155.30 of which $120.64 was for my actual gas consumption of 14.0 MCF. In March 2007 I used less gas, about 12, 3 MCF and that is $105.99. But Atmos Energy added a $101.75 charge they call WNA to my March 07 bill bringing my total bill to $253.80. When I called the company to get what I percived to be a big mistake corrected. Instead I received a stern answer : Pay it all or your service will be disconnected. The company says that if the weather is warm and I use less gas they will adjust my bill by adding WNA to it; in this case $101.75. I used 2.0 MCF less gas and I am paying almost $100.00 more. I am still trying to understand why Railroad commission would issue such an order.

Atmos Energy
11
%
There is some slight activity coming from this company when it comes down to resolving complaints, but so far it's neither timely, nor relevant.