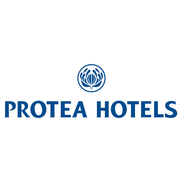 Having problems with Protea Hotels?

ComplaintsBoard.com is not affiliated, associated, authorized, endorsed by, or in any way officially connected with Protea Hotels Customer Service. Initial Protea Hotels complaints should be directed to their team directly. You can find contact details for Protea Hotels above.

Use this comments board to leave complaints and reviews about Protea Hotels. Discuss the issues you have had with Protea Hotels and work with their customer service team to find a resolution.

We came for dinner on 16 october and needless to say we were very disappointed in the buffet dinner. Only 3 salads, 1 choice of starch, chicken and fish on the menu. We could have done a better job at home. Buffet dinner needs to be exciting and offer a variation of food we will never forget. This was definitely not worth the money we paid.

On settling the bill the waiters switched off the lights because we stayed there too long and they wanted to leave. How rude!!! We are still clients and deserve some level of respects. If such a big name in the hospitality industry has workers treating people like this you wont survive. We expected way more from protea hotels and are very saddened by this experience, we will not come back!!!

Good day I would like to to register my complaint for your urgent attention. I made a booking in Protea...

Nepotism - Practice of appointing relatives and friends in one's organization to positions for which...

To whom it may concern It is with a sense of disappointment that I draw your attention to a matter that...

Good day, I am not sure if this is the right email address to use for lodging my complain, nonetheless I...

My colleague and I ordered two beverages during our meeting. Two Steelworks (Non-Alcoholic drinks, very...

Dear Sir/Madam I was guest at your various Protea Hotels for many years and just had the most dreadful...

Hi there My family and I were there for lunch on 3 Aug. I am extremely disappointed in the way our complaint...

We were in Langebaan for the week-end and decided to have dinner at Protea Saldanha as we've stayed there a few times before. At 16h00 we popped in to check the menu which looked promising. We were out for the afternoon and came back @ 18h30.
I ordered the 12 prawns & my husband ordered the line fish. When I cut the head off, dirt came out, this dirt is the head juice that is usually thick when cooked properly, instead of the green/gray colored liquid, water from defrosting, it was disgusting. My husband, who does fishing and knows various fish & seafoods really well checked and tasted and said it was not cooked properly. I asked the waiter to please return to kitchen and ask that the prawns be re-cooked which was much better by the time it came back but by then I was really put off. Nevertheless, we continued and ate what we ordered. When done, we proceeded to pay. We're Prokard members so expected the 50% discount on the 2 main meals, only to be told that 50% discount only applies if you order a starter & main or main & dessert. We've eaten at various Protea's before and never had this rule applied. I enquired about dessert and was told there is Crème Brule, Peppermint cake, Carrot cake & Black Forest cake. We decided to have dessert as well. A gentleman came in & I asked if he's the Restaurant Manager because he checked on us earlier before our main meal came. He said, he's the Duty Manager. I told him that the prawns were not cooked. He asked which room number we were and told him we walk-in dinner guests. He made a note and said he will inform the Chef.
We then went back to our table and waited at least 10 - 15 minutes for our "cake". Only to be served frozen desserts. We expected 2 slices of baked cake. Apart from that, I was given carrot instead of peppermint. The chef came around to all the tables & we told him the prawns were not cooked properly. He said it was langoustines, that's what the box says, that's why the skin is harder when cooking, which it's not, Langoustino Austral, which is common Argentinian Shrimp. My husband said it's not langoustines, as that have sharp protrudes on tail segments. The Chef argued that it is Argentinian langoustines - now no-where on the menu is there any mention that Protea Saldanha offer langoustines. We then showed Chef the hard frozen desserts. He said we should just leave it for 2 minutes, well we waited 10 - 15 minutes and it was still frozen.
I am deeply disappointed that, I assume, it was your Exec Chef who does not know how to communicate with guests, or what he is serving. I am in the hospitality industry and we give our staff training on how to inter-act with guests.
When we were done and paid, I said to the waiter, you should inform guests that it's not baked cake slices, it's frozen desserts because it's misleading, which it's not, supposed to be caked, that needs proper defrosting, I assume.
Such a beautiful location which unfortunately lacks professionalism ☹
PS: I tried to attach our bill in pdf format, but I get an error message.

It is now 21h00 and the conference facility has a church group singing and screaming. I have complained twice...

I tried to purchase vouchers using my american express card, but it never came back with confirmation?

(I subsequently purchased a voucher successfully with my fnb credit card)

On my latest american express bank statement, it seems like the transaction was triplicated:

When I arrived at my hotel room I discovered to my disgust that the toilet was dirty and had not been cleaned. Furthermore the bin in the toilet was broken and the hair dryer did not work.

Never stayed in such badly equiped protea hotel. 1 no railings for towels (never experienced any hotel in the...

13sep18 made a resrvation in march at protea hilton PMB . had various communications with the hotel...

I got scammed and are deeply unsatisfied as my prokard is expiring 09/2018 and I got a phone call which wa...

a certain Emily Lebopa Protea Hotel OR Tambo, is soo busy not to attend to customer requests.

To date we still awaiting documents.

Is Protea Hotel accounts so busy that some people are made to feel less important??/

Numerous emails and calls were made to the hotel but it still can't be resolved. ???

Paid for accommodation with my debit card, money went through on my phone as well as my bank statement. Nosipho made me wait at the reception area claiming I have not paid from 16:30 until 19:00. The lady kept on harassing me for the payment that I made in such a way I ended up going to the bank for a proof of payment - a bank statement, submitted the statement to the hotel by hand. Today-Monday 05 March, Nosipho is still harassing me for the payment I made. I am NOT impressed, I'm travelling and gave her proof that the payment went through if it's not cleared yet what should I do. Can a relevent competent person assist me regarding this.

Not sure if they know what they are doing there.

They were even struggling to use the speed point. Very confused bunch of people.

Would like to be assisted as soon as possible, because if I receive a call from Nosipho again regarding this payment I made, I'm taking further steps regarding this matter.

Protea Hotels
8
%
There is some slight activity coming from this company when it comes down to resolving complaints, but so far it's neither timely, nor relevant.