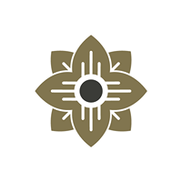 Having problems with Velas Resorts?

Velas Resorts — Value Traders and their inability to complete transaction

I entered into contract 3/19 with Velas to trade my Worldmark timeshare in and purchase a Velas timeshare. I...

Went to puerto Vallarta in June and were booked at the Mayan Palace where we bought into their timeshare.
At the airport, we were approached by a sales person about a cirque de soleil show and discount tickets. It turned out to be a
Velas Resort presentation. We were impressed with the place but we already had a time share with Vida Vacations only two years in. They assured us that would not be a problem, the salesman Mauro Quévedo and his manager Eduardo Herrera assured us that was no problem. According to them they would contact Vida Vacation and buy out our contract. We waited and 20 minutes later they were able to get how much we owed, they showed us a form with confirmation of a buy out and therefore we were free to buy into the Velas Resort time share. The place was an upgrade for us.

We gave them a $6, 000.00 down payment and for being a first time customer and we had already paid Vida for our week there, Eduardo gave us our week with an all inclusive. We were thrilled. It did not last for long, Vida sent us a bill for the remaining monthly payments and when I called them as to why, they said they do not do business with third parties. Called Velas and they DENIED ever having said such a thing. When looking over our papers the form with our "payOut" was not included! Instead we found at the last page (which was not there when we originally initialed )a notation that this was not a trade in. Tried to talk to sales, no help. I spoke to Monica Dellagrave their legal rep. Awful woman with justifications of the sales people behavior and that I wrote the no trade in clause. Not even my hand writing. Eduardo Velas Ruiz owns this company, is this how he does business? He has many accolades for accomplishments, unfortunately he is impossible to contact.

Now I'm stuck with two time shares in the same place with hotels blocks from each other. No one takes responsibility for this deceptive selling, they are liars and thieves. We feel like fools, we are angry and hurt. These people smile, make like they are doing a wonderful thing while they are stabbing you in the back. DISGUSTING!!! In Mexico as it was explained to me I, if I owe money to these timeshares and do not pay, I WILL BE ARRESTED.for owing money. I would not mind paying the first timeshare with Vida Vacation, as it was done in good faith. Velas is not truthful and once they have your money, you are done. Monica Dellagraves their legal rep, should be ashamed of herself, no customer service and even less skill handling an irate customer. Eduardo Herrera according to the verification loan officer is no longer with Velas, so I could not speak to him. Who knows if this is true. NEVER AGAIN. I will not be able to go to Mexico as I refuse to pay under these circumstances, too bad I loved the town. I will never buy another time share ever again, not worth the headaches.

In 2008 we visited Velas Vallarta and went to their timeshare. The promised and put undue pressure on us to...

On November 20, 2008, we were on vacation in Mexico and went to a timeshare presentation at Velas Vallarta. We were told we would get a free breakfast and tickets to an excursion of our choice. We should have said no and walk away; stupidly we didn’t.

When Mr. Jerry Ey, our sales rep realized we weren’t really interested because we already owned a timeshare through Interval International that was all paid for in full, he started throwing scenarios at us about buying at the Velas Vallarta, VV would rent our room out while we were not there and receive a BIG amount of money, which we would get back and could use to make our monthly payment, or several payments at once. He said they did that for all their timeshare holders, now I realized that they have scammed all their members with the same lies.

Monica Dallegrave ([protected]@velasresorts.com) is aware of my situation with the resort but she has offered a membership for the monies that I have paid so far, AN USELESS MEMBERSHIP. Do not buy anything from these people.

I received a call from Vacation Property Services on 9/12/09 regarding a timeshare that my husband and I have...

I welcome this opportunity to address this horrible experience; and tell to anyone that reads my public complaint, that we were DECEIVED AND LIED TO with DECEITFUL SALES PRACTICES from VELAS VALLARTA SALES STAFF. As soon as we got off the plane we were approached by a man who offered to us a â��free breakfastâ�� at the property known as Velas Vallarta. As we arrived at Velas we were greeted by a salesman named Morgan. He made a point of telling us he also is Canadian and that he would look out for our best interest and takes care of us. While talking and discussing about this â��new conceptâ�� of fractional ownership we were told that we could vacation at any of their properties and only pay membership fee when we used our vacation week.

Initially, Morgan tried to sell us one of the fractional ownership weeks at Velas for $45, 000; but we declined because as we already owned 2 timeshares and we could not afford it. We were extremely pressured and reminded of the benefits of fractional ownership over regular time share ownership. They then came back to us offer that if we purchased their property for $35, 000 that they would purchase both of our existing timeshares, so in the end we would only have the Velas property.

Finally, with an offer of $15, 000 to purchase their property and after much PRESSURE, morgan guaranteed they would assist us in selling our timeshares through a company known as Regal Rentals and Resale. it would be no PROBLEM; it is very easy to sell both of our timeshares within 30 â�� 60 days. it was too good to be truth, we were very tired, and so we decided to sign the paperwork.

A couple of days after returning home, we tried numerous times to speak directly with a representative from Regal and had a great deal of difficulty. At this point we noted at least 12 timeshares from each place that we owned timeshares; so we realized our timeshares were not going to have a good chance of resale through Regal. At this point we started to get worried and we tried to cancel our contract, they told us that we would lose at least 50% of the $15, 000 US purchase price.

At this point, we started to get worried and we went on the internet and googled the name VELAS VALLARTA and to our surprise, site after site and page after page the words Velas Vallarta was followed by the word s â��â��SCAMâ�� and â��FRAUDâ��. We were shocked that there were so many others dealing with the same situations that we are dealing with.

Doug Lockett, Sales Manager for Velas Vallarta Timeshare Sales...1 "If you could buy a timeshare at Vela...

My wife and I went to Velas Vallarta this past summer, and we told them that we wanted to sell our interest...

November 2007-timeshare presentation with the added enticement of free extra weeks that will be rented for...

Much to my regret, I purchased a 1 BR "villa" at Velas Vallarta. Besides getting taken for a huge amount of...

Velas Vallarta, Puerto Vallarta, Timeshare Scam. The scam starts the moment you walk through the door. The...

We were suckered into a timeshare speech and fell for it hook, line and sinker. We had purchased a Bluegreen...

Velas Vallarta — Beware of this fraud!

We attended a time share presentation at Velas Vallarta in Puerto Vallarta Mexico in November 2006. We were very impressed with the property and because of the deal that our sales man was able to secure, we purchased the timeshare and left Mexico very happy. A few days after our return the nightmare began. The fraudulent sales tactics and horrific treatment that we have since endured has tarnished our view of Velas Vallarta, Puerto Vallarta and Mexico as a whole.

The facts about our “investment” were overstated, embellished and simply not true. We were told because we were purchasing a unit that had previously been foreclosed on we had to give up the 5 day cancellation rights. They can not do this. But the HUGE fraud came to us from there trade in manager Mr. Ken Waller who arranged for a broker to purchase a timeshare we owned in Minnesota. This was the only way we could afford to purchase his property. He gave us a fax from the broker confirming the deal that he had negotiated for us.

When we returned home and spoke with the broker that was purchasing our Minnesota timeshare we learned that they DID NOT send this confirmation fax to Mr. Ken Waller. This means Mr. Waller went into the back room and fraudulently drew up this fake fax for the sole purpose of getting us to sign this contract.

We sent a letter immediately off to Velas Vallarta and Mr. Waller. Mr. Waller called us and we spent 20 minutes listening to him rant and rave, telling us to get a lawyer and he then hung up on us. We received an e mail from a manager by the name of Johnny Noe which was equally unproductive and pointless.

All our letters to them have gone unanswered and we still are pursuing them for a refund of our down payment.

In closing, one has to wonder about an organization that allows there salespeople to represent them in such a fraudulent way and that resorts to illegal tactics to complete a sale. What other devious, illegal and unhealthy practices are they allowing to go on behind the scenes?

The complaint has been investigated and
resolved to the customer's satisfaction
Resolved Club Velas Vallarta — Lies, scam and rip off!

The 90 minute presentation we attended turned out to be between five to six hours. Once we got down to...

I purchased what i thought was an investment property in velas vallarta puerto vallarta, mexico last year...

Velas Resorts
56
%
This company definitely cares about its customers and responds to overwhelming majority of complaints.