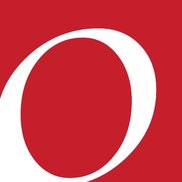 Having problems with Overstock.com?

ComplaintsBoard.com is not affiliated, associated, authorized, endorsed by, or in any way officially connected with Overstock.com Customer Service. Initial Overstock.com complaints should be directed to their team directly. You can find contact details for Overstock.com above.

Use this comments board to leave complaints and reviews about Overstock.com. Discuss the issues you have had with Overstock.com and work with their customer service team to find a resolution.

Overstock.com — Will not exchange!

Do not buy from overstock. com! I purchased an ipod for my husband for christmas. Of course, I purchased it well in time for him to be surprised on christmas day. The first time he plugged it in, it didn't work! When I contacted overstock. com about the error, they refused an exchange! Their reason was that their return policy had expired. It's not a return! You sent me a bad product! Exchange it for one that works! They flat out refused and then had the audacity to offer me $10.00 toward the purchase of another $200 ipod!

The complaint has been investigated and
resolved to the customer's satisfaction
Resolved Overstock.com — Rip off and sadistic customer service!

Overstock.com offered me a 5% off, on the page I was ordering from, said it would apply at check-out - it didn't. I did a live-chat, which lasted 25 mins. - for $1.32 - I offered to send them a copy of the page - 'Brett' should be fired for keeping me in a chat so long just to tell me 'sorry, can't give you the $1.32, 5% discount', I have spent a couple of thousand $ - and that's how they treat me? That was the last straw - they have disappointed me before.

The complaint has been investigated and
resolved to the customer's satisfaction
Resolved Overstock.com — Terrible service!

Do not buy from them or deal with their so called customer service agents. After ordering a lawnchair/cooler on Aug 28th it was supposedly shipped and was sitting in Los Angeles.. After numerous phone calls and emails trying to locate I kept getting the same answer. "If is not there by Sept 11 call us back. Well since it didn't arrive I called them and guess where my package was, your right, Los Angeles! I explained that SINCE it is still there and you helped miss the birthday that is was intended for just refund my credit card. Get this, they can't until it it ships back to them. I refused and asked to speak to a supervisor after a woman with very broken english that was hard to understand still couldn't satisfy me I finally came to my senses and said FINE I'll spend my money elsewhere and will no longer ever do business with them again and rest assured none of my family or friends will either.

First off, when you go to order you get a box that says something about entering a promotional code. Worthless. There are dozens of sites that list $30 off $300 or more, 7% off first time customers, etc, but they don’t tell you that only applies to a very VERY small amount of items there.

When you place an order the first thing they do is take your money out of the account right away. Do they ship it right away? No. The next day? No. The day after that?! No. Mind you they got your money but they don’t even bother getting around to sending it out until five days later. After that when it gets there is dependent on how fast the lowest priority delivery service gets it there.

But overstock.com allows you to pay extra to expedite your item, right? Wrong again. Just like with the coupon savings, the “live support” people will promise you one thing then look again at your order and inform you what you are buying doesn’t qualify. From people I have talked to, to date no one has ever bought anything that qualified for savings or expedited shipping.

So with all that frustration you’d think you could cancel the whole thing and get your money back, right? Again, no. In my younger days I worked for a couple distributors and in the warehouse at one, and I know for a fact as long as the product isn’t on the truck going down the road, you can cancel the order before it ships out. I have seen and myself grabbed boxes heading into the delivery truck because the order was canceled. Their policy is such that even though they won’t get around to sending it out for two more days they “can’t” cancel your order, which is a huge lie. They don’t want to because they know at a certain point you’ll realize that it wasn’t worth the discount to shop from them and you are better off elsewhere. No, you have to wait until it comes to your home so you can send it back to get your money.

THAT has to be illegal.

When a company says something *may* take up to a certain time period to deliver that should be a fallback, a worst case scenario, not the status quo. If you are considering buying from them don’t. If you have to pay an extra $5-$15 dollars elsewhere it’s worth it. If they don’t change the way they operate they are going to go out of business and they deserve it.

Reading similar problems people have had and the fact some are a few years old really scares me. I know I am going to get screwed further and it's going to be a nightmare to return my defective product but I will not let them get away with it.

I just made the mistake of buying form overstock myself. I bought a JVC GPS system for $338. The next day a co-worker laughed at me and said the same system was $179 at CompUSa. Sure enough he was right. I put in a request for refund under their "best price gurantee" and was told no can do since the CompUSA price was a "sales promotion". Never mind that CompUSA's regular price for this same unit is $199--$140 lower the Oversotck's price. They did give me a $104 in store credit basded on Amazon's regular price of $229 but of course this credit isn't worth $104 since I know ralize how overpriced overstock.com is. Never again.

The complaint has been investigated and
resolved to the customer's satisfaction
Resolved Overstock.com / Mattress Pad — Make up the rules as they go!

I ordered a foam mattress pad form Overstock. Com. Then, just a short time later found a similar one, basically identical except for product company name it at Target for half the price.

So I went back to Overstock.Com and checked my order status being as I had only just made it. It said the order was accepted. I checked for cancellation policies. All I could find was a statement basically saying that due to the speed in which the process orders one has to cancel soon after the order is made. And the only time reference I saw was that if I emailed my cancellation request, to expect an answer within 24 hours. No other time frame was anywhere to be seen, so I would have assumed 24 hours, of course unless it had already shipped. Silly me. So , I checked my order status on line, it still said accepted , but not shipped. So I contacted online customer service. After only a 3 minute wait ( very good I must say) it took another 3 minutes just to get Jimmy to check the status. There was plenty of stall tactics. He then told me the order was in the warehouse and shipping, it couldn’t be stopped. While still in chat with Jimmy I checked order status again. Nothing about shipping , nothing about warehouse, just said, accepted. After being stalled by Jimmy for 5 more minutes I ask for the super visor. And even though the whole conversation was typed out for all to see, I had to explain every single thing again to Bennett, the person claiming to be the super visor. Then I was told that the item had shipped. So I checked again. Remember now, I had only just made the order. And as I suspected, the order status had not changed. Then after a short conversation with Bennett, I was told that he could send a request to Research, and then Research could see if they could find the order and stop it in time.

Sounded like yet another stall to me. Bennett then went on about how I would probably have to wait until the item shipped, then get a refund confirmation and permission to send it back. Once they had it back and checked in, I would be issued a refund with a couple days. Several times I requested just how long that might take. Bennett finally said ONCE it ships, it may take 10 days or more to get to me. I said, so it hasn’t shipped. He said no. I ask why they couldn’t pull it then. He said because its been processed to ship. I went and checked status again. No ship status yet. I ask to speak with Bennett’s supervisor. He said he was the only one , but he would be happy to have someone contact me with the next day or so. After really ships I am sure. Now, if there is a no cancel policy, I would like them to state it up front. That would be nice to know. But to make is so vague , and then spend 30 minutes stalling is just un called for. Oh and just for FYI several hours after the order was supposedly so ready to ship it couldn’t be stopped, it still showed as only accepted. I would really think there should it should be clearly stated, and in a place where you would easily find it, if not right out in the open, that just don’t bother trying to cancel, cause they wont. With the volume of orders and I am sure the volume of returns and cancellations , they intentionally stall all request of refunds so they can sit on the money for a couple weeks to at least draw the interest. Banks use to sit on checks for weeks just for the same reason, and the Feds put a stop to that. But in this new world of E commerce, the same old scams are making the rounds again. So beware and just plan on getting the item no matter what the circumstances are. They will make something out of you no matter what. And apparently , they can make up the rules as they go. So all the cards are stacked in their favor, with no chance of recourse on your behalf.

Overstock.com — I am thinking I may have to take them to small claims court

I purchased a Seiko watch in May, which quit working in June. I paid over $300 for this watch, now they are...

Overstock.com
35
%
Not bad, but could've been way better. This company does respond, but not as often as you'd expect them to.