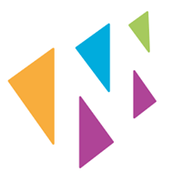 Having problems with Mondo?

ComplaintsBoard.com is not affiliated, associated, authorized, endorsed by, or in any way officially connected with Mondo Customer Service. Initial Mondo complaints should be directed to their team directly. You can find contact details for Mondo above.

Use this comments board to leave complaints and reviews about Mondo. Discuss the issues you have had with Mondo and work with their customer service team to find a resolution.

During the first lockdown I ordered two data packages and I was working at a different location to access network. I gave Mondo my proof of residence and confirmed my delivery address (which is where I was working from). Now, my invoices are being billed to the address I was working at, of which I do not reside there. This can cause fraud to be done in my name because no one is there to received my mails.

please may someone help in correcting this. I have emailed and called Mondo Mobile more than five times and still this is not corrected. This is my reference 6MV1GE

Applied for an MTN contract through Mondo, the Consultant phoned me and did the whole application process online and confirmed that I qualify for more than than R16, 000.00 credit and I just needed to send my documentation through but now this morning I get an e-mail notification from MTN saying I do not qualify, this is utter ridiculous as it is not possible for me not to qualify and this was noted by the Consultant. It seems that Mondo does not know what they are doing telling customers that they quality and confirming that device would be delivered and then sending out an e-mail confirming that it was been declined. As per the Consultant I qualified and confirmed this to me telephonically.

If didn't work even three months it's was freezing .
Now my contract is due if I called to cancel it no one is willing to assist me I was retrached at work I'm asking agent to help me to pay the contract and close it she was fosting me to upgrade while I'm explaining I am not working anymore I always have to borrow money and deposit it in my account to avoid being blacklist

I was received all if I am interested, yes I am, she check all said I qualify for that iphone apple 7 contract 24 months, got all my personal detail, said the package will be delivered in 3 - 8 days, she got my banking all that personal info, said I must just give copy of id proof of residence if they diliver and show orginal, I did heard nothing yet, this morning when I follow up the thing is still in processing - for what agree on contract and open my personal detail to the company. I would like a answer or I wil go to another company, this is really not good service, no feedback update after agree upon this.

so phone me back or mail me [protected]@uronet.co.za

I took out 2 contracts with mondo. One for R200 and one for R150. My bill is supposed to be R350 and at the moment am currently paying R398 for both these contracts. I contacted telkom and was told to contact mondo. Where are the extra fees comingg from. This is not the contract I agreed on. Who can help with this problem as am paying more than the agreed amount. Every month an extra amount R48.00 over the 2 years this will be amounting to R 1152.

The consultant offered me a R199 20gb data deal. I currently have a data deal of 2gb and paying higher amount of R249. She further explained that its gonna be a reduced monthly premium with a higher data deal, 10x more.

I was saddened when I confirmed the information with Vodacom as they told me it's a additional line where I will be paying R199 extra on my invoice. I only accepted the deal as it will be saving me R50 on my current invoice. I confirmed this with the Mondo consultant who assured me is not gonna increase my premium rather reduce it.

As a customer who has long standing relationship with vodacom I want what I was offered to be granted to me as it was sold to me. I need the 10x deal I was offered by Mondo and not the additional cost.

I received a call from whom I thought was Vodacom Customer Care, offering to update my existing subscription of 10GB per month, to 20GB per month, at a lower monthly fee.

When reviewing my Vodacom statement for September, I have noticed an additional line and new subscription fee has been added to by bill. On checking my bank account, I see they have debited me for this, as well as another debit in August that i wasnt aware of, and received no statement for.

When I phoned Vodacom to query my account, their ustomer care consultant advised the "new contract" was initiated by their "Rewards Department", known as "Mondo Customer Care". This is the first time I have heard of Mondo. She also told me they are dealing with weekly complaints about this department, who are "tricking you in to taking new contracts, and tha ti have to complaint to them directly, and get them to refund me.

When calling Mondo, I have been advised by Nicole that I am "out of the cooling of period" - refer to above where they debited my account last month but did not tell me. I didnt know they were charging me and now that I've found out, its "too late" for them?

She advises they will listen to the recorded call to determine if what their agent said was "misleading" and will get back to me in 24 to 72 hours.

They called me offering a deal which I accepted. (Mid June)Was informed my unit would be delivered to me and I needed to supply my ID book, a copy thereof and proof of residence. I asked the operator if a letter from my insurance company would suffice and she said it would as long as my name and residential address is stipulated on it.

When I called Mondo to tell them I have sent the phone back they inform me I must call the courier company and tell them what happened and arrange for another delivery! Really! I did not select the courier to delivery my order nor are they accountable to me, they are Mondo's supplier. I asked for a supervisor or manager to call me back and I was also told that would not be possible. Good grief! How professional and service orientated are these people? Absolutely disgusting. SHAME ON YOU!

Mondo Mobile (Authorized Dealers for Telkom) have left such a bad taste in my mouth! Not only Mondo Mobile themselves - but for Telkom Mobile as well! I was contacted on Monday (03 June 2019) by a consultant @Mondo Mobile - Khalil Ebrahim (please note I was contacted - and not the other way around)! Offering me 2 x cellphone contracts at a really good deal. As i explained to Khalil, i already had a contract with Vodacom (which was due for upgrade now) - but seeing that the deal offered by Telkom / Mondo was this good - i decided on giving them a try!. I was told that i already qualified over the phone and that i was to give my banking details for R99 payment (which i did). I was also told that i would receive an sms shortly afterwards with his contact details as well as my contract details etc. This never HAPPENED! So i called Telkom on Tuesday trying to follow up on my applications - to which i was told that Telkom could not assist me, and i was to contact Mondo Mobile who did my application. Please bare in mind that this was my 7th phone call already trying to get through to someone who could actually help me! I tried calling the Mondo number i was given and the number was not available. So i did a search on google and was furious with the complaints i was seeing listed!!! i eventually got the right number from this webisite (Hello Peter) - response to a complaint. I called the number listed on the reply to one of the complaints and eventually got through to the right place. I spoke to a consultant who then told me that my applications was with Telkoms vetting department and i would receive feedback today (05 June). I never received any feedback my the morning and then called again and requested to speak to a manager (Tyron) who in tern told me the same story (ALWAYS A STORY) and also committed to giving me a response by 14:00pm today (05 June). By 14:30pm I called again requesting to speak to Tyron and i was advised that he is not available (how convenient). I requested to speak to a Manger in Complaints department and advised her of the situation. She also gave me the same stories. I told her that if TELKOM wants to compete with the big guys - then they need to up their game! I am an existing client of Vodacom (and due for my upgrades now) - and if Telkom wants win over new business - this is certainly not the way to go! Telkom / Mondo have wasted 3 days of my time and energy with this application - should i have gone to Vodacom on Monday - i would have received my new devices ALREADY! NOT IN 7-14 WORKING DAYS THEREAFTER!!!
I HAVE THEREFORE CANCELLED MY APPLICATION!

Buymondo — took u962 on contract

I took out a contract with mondo mobile for a Hisense u962 and they told me I would only pay R99 per month...

Recruiter communicated information to her superiors and possibly the client. Victoria Genna, Technical...

I was taking my son who is 12 years old to buy clothes for his graduation. The salesman did not even allow u...

Mondo
8
%
There is some slight activity coming from this company when it comes down to resolving complaints, but so far it's neither timely, nor relevant.