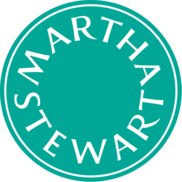 I purchased a red king size quilt a year ago from Macy's CA. Upon the first wash, it was covered with small balls of lint, with no source from my washer or dryer, and no other clothing in washed showing the same problem. No matter how many times I wash and dry it (3 so far), the lint does not go away. In fact, I have tried removing it with tape, but it just comes back again. I wonder if it is the batting. The product claims to be 100% cotton, but this is behavior I associate with polyester.
I would like a certificate for replacement, I would be happy use this for another Martha Stewart quilt, but this time not in a solid color. And I am hoping the problem with the material has since been resolved by your manufacturers.

I purchased blue full size sheets as a Christmas gift last year for my brother and the fitted sheet lost elasticity within the year. He can still use the top sheet and the pillow cases, but not the bottom sheet. I felt very bad since this was a present to him. I would like a refund but do not have the store receipt, so that I can purchase a fitted sheet perhaps Macy's Charter Club brand. I am pretty sure I purchased the Martha Stewart sheets at Macy's. What can I do to get reimbursed for the poor quality of the fitted sheet? I appreciate your attention in this matter because I would think Martha Stewart backs all her products.

We continue to get billed for magazines from Boone, IA 50037 that we have never subscribed to. Martha Stewart...

I never subscribed to Martha Stewart Living magazine.I will not be responsible for a bill.I haven't opened them, they just started showing up a few months ago.I finally cracked the code to get to this point.Please stop sending the magazines, cancel the subscription.Thank you in advance.

I was checking my account and notice a charge that I did not recognize. I have called three times and talked to someone about this. All that the representative keeps telling me is that the order has been cancelled. I have not ordered anything and would like my money refunded back to my account. I have been dealing with this since December 2012. It should not take this long to refund the money back into my account. I would greatly appreciate if you would take care of this matter immediately. I also have a conformation # 16780. Please contact me as soon as possible.

Moving into a new house and wanted to paint every room and give it color and life instead of the drab off...

2 years ago my husband and I bought a Marta Stewart "Good Bed" and it has been absolutely terrible! Only one side had a topper- and we didn't think it would be an issue. But after about 6 months the topper started to sag and both our backs began hurting. We made all kinds of excuses but after two years the entire mattress is sagging and upon closer inspection we discovered that the box springs that we bought with the bed weren't box springs at all! It was a cleverly disguised platform with a quilted covering! Upon searching online I then discovered that this bedding line had been discontinued after a very short time of being on the market. No wonder! And now there's no one to contact regarding this matter. I'm having no luck contacting any representatives for Martha Stewart regarding her product lines. This experience has been costly, painful, and a real dead end

One pillowcase sewn terribly off grain

BOUGTH A MARTHA STEWART PRE LIT XMAS TREE. 800 LIGHTS 71/2 FT. PURCHASED FROM KMART IN 2007. FIRST CHRISTMAS EVERYTHING WORKED. 2008 THE WHOLE MIDDLE SECTION WAS BURNED OUT. CALLED CUSTOMER SERVICE AT KMART AND THEY SAID COMPANY WENT OUT OF BUSINESS AND NO REPLACEMENT OR REPAIRS WOULD BE HONORED. SCREWED OUT OF $ 250.00 FOR A MARTHA STEWART TREE THAT NOBODY WILL REPLACE OR REAPIR.

Four years ago we bought the whole set of outdoor furniture, bar with four stools, and a bench for the...

Just this week, 2 Dec I bought a gold & silver pine cone wreath from the Martha Stewart collection in K-Mart. I thought it was lovely but after hanging it on my door the problems began. Every time we opened the front door the pine cones would start falling off. The first time I had to use my hot glue gun to glue them on. Two days later this evening I opened the front door and I had 13 of them fall off. I had a heck of a time getting them glued back in properly and in the right space.
This letter is for my comments. I should think that paying $24.99 it would have held up much better.

Purchased sheet set and extra pillowcases. Followed instructions to "Wash Before Using". Pillowcase seams came apart before they were used. It looks like it was sewn, but the fabric is pulling apart. The store won't return (I called) because they have been washed - the clerk called them "used" even though they had never been put on a pillow.

I should have known - the last time I purchased Martha Stewart sheets the fabric on all the edges pulled away.

I know that they aren't the best, or most costly, but at least they should make it through a wash before pulling apart. What a waste of money.

I recently purchased a Martha Stewart flannel sheet set from Macy's, and they smell terrible!! I have...

We bought a Martha Stewart 9ft Aspen Mountain Christmas tree when we got it home there was a strand of light...

I will never buy or recommend this or any other Martha Stewart product again!

K Mart store located in Bay City, Michigan. I purchased twin sink mats by Martha Stewart. When I rinse anything that contains a tomato base such as spaghetti sauce under water before placing the dish or pot in my dish pan the sink mats which are ecru in color change to pink and are almost impossible to remove the stain. My only solution to remove the stain is to soak the mat in bleach, which I do not like to do. I will never buy or recommend this or any other Martha Stewart product again.

Martha Stewart Living Omnimedia
0
%
Doing nothing would be this company's favorite pastime, if they had the energy for it.