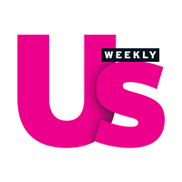 Having problems with US Weekly / UsMagazine.com?

Your new online ads that pop up and can only be closed by a bottom that says skip ad which is strategically placed under the iPhone safari bar so you can't click it will soon be the reason I unsubscribe.

My name is Hamilton Hatok and I have been receiving the US Weekly magazine which I didn't order. I am requesting that you stop mailing this magazine to me and I am requesting that you refund any charges that you have billed me for. I also want you to know that I have previously called and canceled this magazine and yet I am still receiving it. If you have any questions you can contact me at [protected] or by e-mail at [protected]@sbcglobal.net

i never had any record of that i was being charged for these at all never got a bill or anything at all. but...

Leo work soils Romanovs saints. His movies show him using saints and scenes of killing Anastasia. He dates 19 yr old to rape like basement succeeding in killing a Romanov through movies. Italian Mafia are constantly killing saints. Pls remove articles showing Leo's his work. Illegal and demonic to harm saints. Articles about women and Leo are to harm Wayne Gretzky, Mario Lemieux, Russia. They are abusing Buddhism and qunatum knowledge through trying to pair w/ them and this is causing deaths in Romanovs people believe are reborn as Wayne, Michael Jackson, why he was running away and also killed and it causes cancer to pair them. Many orgs want this but if you don't have evidence you could be sued as the one so I would remove all articles about Leo Dicaprio, pls. Thank you.

I didn't order anything from this company or any other company there trying to charge me for something I...

received a letter today stating "THIS IS AN ATTEMPT TO COLLECT A DEBT'. This letter is stating that I...

Charge me for this magazine

This company send magazines and charge me on my credit card. Never I' buy or sign authorization, and want my money back.

keep getting magazine`s i did not order.

I have called several times 0ver a 2 month period to tell them to stop sending me us weekly magazine. I did...

I paid for an unauthorized subscription

I was checking my account through Q-phone and found an unauthorized charge of $84.00 on my credit card with a...

missuse of my depit card

Marketing who work for Smart Shopper Savings plan release by depit card info to other marketing agents. Under the law in Ohio this is a missues of my funds. I want my debit card number removed for the data base list with other comsumers.

Resolved stopped my subscription but wont pay me back

Hi my name is Jane Nishitani, i was an avid reader of US weekly magazine, so last november2008 I subscribed...

I was working on homework when I got a phone call from a private number. I answered the call and could tell right away it was a telemarketer. The telemarketer informed me that I had been nominated to be entered into a $10, 000 sweepstakes by my credit card company for being a good customer. He informed me that they credit card companies nominated individuals based on frequency of use, account balances, etc. He then asked me which card I carried, Visa, Discover, or American Express.

Now, the first thing that set off bells, is if I had been nominated, wouldn't he know WHICH company had nominated me?

I figured, no harm in telling him which company, so I told him Visa. He then told me 'Everyone seems to say visa!' and then told me that just for being selected, I would be sent a sterling silver watch with a real diamond in it for free and asked to confirm my mailing address... He gave me an OLD address that is no longer used by me, and hasn't been used for a long time. Which also set off red flags because I had updated all of my information with my bank and credit cards. He also asked my age range, and gender and occupation.

He asked for a current address and I told him I wasn't comfortable giving it, and he said 'Well, not a problem. I'm really leery of telemarketers too. Would you like us to call you back later when you've had time to think?' I told him no and he said that he would put me on the do not call list...

Looked it up and it was a scam.

US Weekly / UsMagazine.com
17
%
Not bad, but could've been way better. This company does respond, but not as often as you'd expect them to.