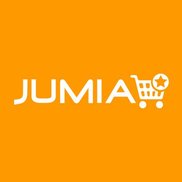 Having problems with Jumia?

ComplaintsBoard.com is not affiliated, associated, authorized, endorsed by, or in any way officially connected with Jumia.

Good morning Team, I'm so unsatisfied with the activation and the installation of DSTV purchased from your...

Please the contact on my shipping address pls use this [protected] or [protected] to change the number on the shipping details the line there is no more going through sorry for the mistake i have two items that is yet to be delivered a sneaker shoe and ladies heel please use it for the two items please these are the item number :[protected], [protected]

Jumia — I was overcharged for an order I tried placing

The Jumia app states that Jumia global orders over ₦2.500 would be shipped economically for free, and here I have my price summary and it's quite confusing. Because I've always orderd on Jumia global before they Introduced the free ecomomy Shipping, the global shipping charge which is ₦600 was always visible for customers to see, but now all I have is the local shipping charge (Doorstep delivery) and hidden charges? It's crazy.

I have been trying to get hold of Jumia Group in Kenya, I need an invoice for Dell computers as I made a...

On 25.07.2019 at 16:03 I made a payment for YG200 Mini Multimedia Projector TF card Support 1080P US - Black which cost GHS215 Shipping inclusive total cost of purchase was GHS227 with my mobile money account and my wallet was deducted. Next morning I got a notification in my email that my order has been cancelled due to unsuccessful payment - wow! I decoded to email Jumia Support with my transfer detail and they got back to me saying funds will be transferred to me in 48 hours.

It has been 5 days and I still has not receive my money back or a phone call. They claim they cannot get through to me and this is weird because I use my contact for everything, I mean everything.

Customer service number does not go through - FYI: +[protected] and I do not know what to do. FIX THIS JUMIA because not only this you guys have disappointment me in so many aspect of dealing with you.

Jumia — cancelation of my orders

Hello. I'm a regular customer of jumia Egypt. However, since July 2019 I had many problems. I receive a text that my order is shipped and after few minutes another text that my order delivery has failed. How? Then the option of cash on delivery was also blocked. I tried to solve this problems with your office in Egypt but till now nothing done. They just give me apology receit. I just want to get my shoppings fully processed.
Thanks.

Cancelation was not based upon any mistake from my side

Cancelation was without any convenient reason or prior notification

Despite complaining, I didn't receive any response to date...!

Unless receiving a convenient explanation for what happened, I will consider JUMIA is not committed for further orderings

On the 23 of April 2019, I received a supply of the above mentioned items as ordered including a TV guide, the items were received in Lagos because they said they don't have collection centre in Ondo state other than akure
I took them along when vissiting village on month end, the TV was used between friday 24 and Sunday 26 evening, I put it disconnected all electrical gadget including the TV and it guide before returned back to lagos .
Next month end, On friday 28 of March, on getting to village again, the TV and the aparatus with Dstv were reconnected to power, all were powered but only TV not shown but it power indicator lighted up therefore another TV was improvided and used thruout the weekend.
When I got to lagos, i called jumia costomer care service and a lady picked the phone after listening to my complain, she directed me to this address no 5, olorunfunmi St off kudirat abiola way ojota Lagos phone no [protected].i quickly sent someone to help go and bring it and take it to the address as advised
When taking it there, they checked it and i asked them what the problem could be .the first answer was over voltage which I querried as an Engineer i.e with surge surpressure and surge surpressure still okay?and when not connected to power another person qui cly answer me that it wasn't surge but a crack on a component was the course of the problem then I asked again whether he notice an sign of falling, crack or abrassion on the body or the screen, he answered 'no ', then what do you suggest could have couse the crack I asked again the answer he gave was i don't know but I advise you to take it down to ibadan centre if you want result.i refused to collect it back from them since I have realised that they just want to push me away with the item. Till now the TV is with them nothing has been done, please what do i do, The money involve is hundred thousands of naira.thanks

I ordered two items with order number [protected] and unfortunate one item was cancelled(HBQ- i7 TWS Mini Twin...

Jumia — I have many product to complain about.

Morning,
I placed the order above order on 20/7/2019 and was informed that the order is available locally and that I will receive the package by 22/7/2019, however on the said date I made a call at 3:30 P.M. to follow up on my order but wasn't given the exact date since I needed to plan on how to collect the time..

I was later called today 23/7/2019 only to be informed that one package to me i inquire about the other package status but the lady I talked from jumia did care thus was forced to cancel my order.

I bought a gas cooker with you 2 days back, itcame in incomplete.
1burner is missing.
I raised a complaint with you guys but nobody is responding to it.
I don't need any refund I just want someone to atleast deliver the burner.
As from yesterday I have been trying to reach you your phones are going an unanswered at some point I get a message you are currently closed and it's as early as 5.Surely what is this!!!

I ordered an audio system some weeks ago, and I was given a period between which the product would be...

I ordered peruvian hair during jumia promo but got a single bunch, completely different from the picture...

Good day, i am not impressed with my experience concerning this order. No one ever contacted me for delivery...

I Olowogorioye Dolapo febisara, staying at no 3 osunde close, ojodu berger i ordered 4 in 1 collar t.shirt...

Made payment for 4 human hair wigs since 23rd of July no did not get value till date, it's showing refund completed check the so called Jumia wallet only to be seeing 4000 naira refund am please I need all my money

Is these a new style to defraud this is the third time of purchase that they keep acting any how. I need my money back to my account

Jumia — huawei y9 mobile phone not delivered as at when due.

I ordered for the product Huawei Y9 and made payment on the 5th July, 2019. Expected delivery yesterday...

I ordered for the two Items above on 7/7/19 by 21:03:37 unfortunately I was debited #66, 779 at my bank account (gtb) but jumia sent message to me that my order has been cancelled due to bank issues
I consulted my bank I was told request for a decline message stating that the transaction was cancelled and I didn't receive service for my payment
Kindly please send me the decline message

Jumia
1
%
Doing nothing would be this company's favorite pastime, if they had the energy for it.