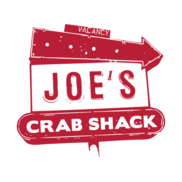 Having problems with Joe's Crab Shack?

ComplaintsBoard.com is not affiliated, associated, authorized, endorsed by, or in any way officially connected with Joe's Crab Shack.

Hello I'm a Landry's loyalty member my loyalty number is [protected]. My self along with my party of 3...

I went out to dinner with my daughter and her friend our server, Justin was very witty and hit it off with...

We live in Florida and we often have guests that come to visit and stay. We took 2 different families to the...

I went to Joes Crab shach in Rancho Cucamonga. I was convinced by the server to get the Cajun pot. I told her...

I have worked for many restaurants in my 35 years in the restaurant business. I was terminated from Joes Crab Shack almost 5 years ago. My compaint is this, I neve had any verbal or written warnings from this company. The company had just been sold and the new management wanted to clean house. I was a regional manager for them and I was flying into a city that I was responsible for. My boss text me to meet him in the baggage claim area. Where he took about 5 minutes to terminate my employment with some lame reason. I was shocked that after working for the company for 10 years they would not give me the respect to talk to me about any issues they were having with me. Whats ironic about this is a few months before this he was talking about how he terminated a regional manager almost in the same fashion. However this time he picked up the regional manager outside the airport drove around the airport terminated him and dropped him off at the front door. Really? This is the most unprofessional leaders in the restaurant business. Maybe this is why they are not growing there business. Thank-You Ray Blanchette and James Kuhn for being the great leaders you think you are. NOT.

In September of 2012 we went on vacation to Myrtle Beach, SC and one night decided to eat at Joe's. My parents, my nephew, my fiance and I had decent meals and the service was fine. The bill for our meals totaled just over $85. My fiance and I decided to get a dessert while my father payed the $85 plus tip in cash. Our dessert totaled just over $9. As my parents left the table to walk around some other stored before they closed, we were given our check which we paid with a Visa. Being in a hurry to catch up to my parents, my fiance quickly signed the slip and we left. When we returned to our condo, she checked her bank account and noticed she had been charged the $85. We figured it was an honest mistake so we called the restaurant and the manager agreed that the charge was not correct and gave us a number to call to have it fixed. We called and left a message, which was not returned. We called several more times and never received a return call. We decided to go through the bank and file a claim. A few months passed and we received a letter in the mail with a copy of the signed $85 receipt and a statement telling us that our money would not be refunded. We called the restaurant again and the management truly seemed to want to help, although they NEVER returned my calls or followed up as promised. I spoke to 2 restaurant managers and a district manager before being given a direct number for a customer service rep in Texas. After speaking with her a few times she said that because they had a copy of the signed receipt our money would not be refunded. I told her if that was the case then the cash my father payed was stolen and that he should call. He called and spoke with her as well as another manager for the store. They told him he was lying and that as far as they were concerned the matter was settled. So essentially we have come to the conclusion that the waitress at the restaurant pocketed my fathers cash minus the $9 for the dessert and charged the main bill to my fiances Visa. I've never seen a company try this hard to not satisfy a customer. The least they could do is offer us a gift card, but they were insistent on calling us liars.

I received the worst service in my entire life at this Joe's Crab Shack located in Houston, TX. First we...

Dined at the resturant located at 2120 S. HWY 6, Houston TX 77077, and was charged for my meal and another patron's meal, at another table. A party at my table stated they thought that is what had happened since it was taking so long for the server, Steve, to return with the receipts. The manager, Adrian, was asked if that was the problem and he lied stating the computer system was down, which we knew did not sound right, because other people were getting their tickets/receipts. When Steven returned to the table he contradicted with the manager said and stated there was a problem with the credit cards, but also lied, stating the problem was not with our table, but the table behind us. He could have simply advised of the error and apolozied. However, I did not find out about the error until I contacted my bank that Monday. When I contacted the manager, Adrian to advise, he became very rude and unprofessional, so I asked for the corporate number. I have called them for two days, now, with no return call. Each time I was told that Criss would call me back, but has not. I now understand why there was only a hand full of people dining in the resturant. They are not busy savy, at all, and have the nerve to be rude and unprofessisonal. No wonder they may have to close some of there locations, which is what I have heard. If it's not true now, I'm sure it will be soon.

As we were seated at our table we waited for quite sometime before we were even approached for drinks and...

Joe's Crab Shack
55
%
This company definitely cares about its customers and responds to overwhelming majority of complaints.