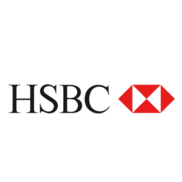 Having problems with HSBC Holdings?

In february,2005, I went through divorce proceedings. my wife was awarded one of our vehicles which we had a joint loan through hsbc. judgment was for her to keep payments current and if she defaulted the vehicle would be repossessed by me. i, immediately contacted hsbc to explain my concerns about being joint on the account without payment control and asked to have duplicate billing sent to me. they refused, telling me that they would instead notate the account for me as a co-signer, to be notified if any payment was delinquent.in october of 2005 I was reviewing my credit fico as I do every month through one of my credit card services. to my dismay my credit had fallen drastically from one month to the next. upon investigation I uncovered that she was behind on two months of payment for the auto loan. I contacted her, flew from phoenix, az to seattle, wa to reposes the vehicle, drove it back to phoenix, and paid off the $18,600 balance the next week. I contacted hsbc to explain what had happened, ask why they had not done what they had promised to preserve my credit rating, and resolve my issue by removing the negative hits on my credit. hsbc refused to do anything for me. the customer service reps told me that the account had, in fact, been notated, but on a different data screen that was not looked at when contacts were made by the hsbc collections department for delinquent accounts. I asked them to remove the negative notation on my credit due to their non-performance and they repeatedly decline. this argument went on for two months with multiple calls, faxes, and letters to hsbc, with no resolution. I finally gave up.

Hsbc killed my credit! I pay consequences for their lack of promised performanc. the "only" protection I had to protect my credit.

Thanks for listening, any help or advise would be appreciated.

HSBC Holdings
14
%
There is some slight activity coming from this company when it comes down to resolving complaints, but so far it's neither timely, nor relevant.