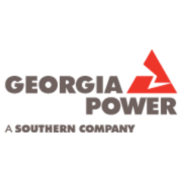 Having problems with Georgia Power?

bill 5x higher then should be. ripping me off

I had moved into a nice little 1 1/2 bedroom apt. on january 1. I had gotten the power turned on through georgia power. I was seldom home 3-4 days a week with no heat on, 3lightbulbs in the apt. and everything else runs on gas. My first bill was almost $400. completly incorrect I am also a part time electrician and I calculated the kilowatt hours of all appliances in the home. I never even turned on the central heat only a small space heater for about 6-8 hours while I was sleeping. My bill should have calculated to around 40-45 dollars. I called up the company and they insisted the cold was the reason the bill was so high. (my little space heater runs the same capacity of kilowatts no matter what the temperature is). It was a complete run around with no solution. They insisted I just pay what I thought I owed and they would have someone check the meter. About a week later they said they changed the meter and my next bill was about 40. exactly what i calculated. Then the next month the same thing happend, sending me a bill for $476.00. I keep calling and complaining but they only fix the problem for a couple weeks. I pay what I think I owe but they keep sending me bigger bills that I know I dont owe!!! We need to get them to change the type of meters back to the way they were. because with the digital they can variate and program any number they feel from the central computer and they think no one can do anything about it. They are about to ruin my credit and my way of life. Georgia power needs someone to step in and moniter these computers more accuratley. were all getting ripped off!!!

I am a business owner and have Ga power. since 2002, I would like to add also that they are the only...

We recently were "upgraded" to the new smart meter. The first bill we received was about thirty-five dollar...

Since the moment my family and I moved into our apartment in Norcross, GA we've been having GA Power...

I was living in a house with my 10 year old daughter. I was planning on moving out but has until the end of...

Georgia Power
0
%
Doing nothing would be this company's favorite pastime, if they had the energy for it.