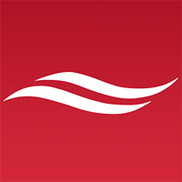 Having problems with Flagstar Bank?

Overdraft Lines Of Credit, Deposits And / Or Bounce Protection Payments

After seven months of application review, Flagstar denied refinance based on an inaccurate determination on residency. Despite more than 35 years of stellar credit, proven ability to repay credit - and a cost of $700 for appraisal and subordination fees (which have yet to be repaid) - and the fact that residency was not an issue, the loan application was not approved. One must wonder how federal stimulus funds are being used. If credit worthy consumers are denied loans based on unjustifiable reasons, then who is receiving the funds? Flagstar loan determination practices are at best questionable, and should be reviewed by appropriate authorities.

After the sudden death of my co-borrower and love of my life to brain cancer, I contacted Flagstar Bank to see if I could get a loan modifacation to lower my payments so I could manage them myself. They have drug this process on for nearly 2 years. Asking me over and over for the same information. Which I continue to provide to the best of my ability. I do not want to loose my home. It is also where I make my living. But I can't seem to be able to provide the Bank with what they need to help me. I am terrified! And need help.

Alright, this is the FIFTH time in the past two months we've had to deal with this bank. They charge you...

What a waste of time and money. Flagstar took my application. Appraised my home at $170, 000 below market. My rep tried to get the appraisal re-done, but after several weeks of wasting time, I went to another lender who appraised my home $170, 000 highter than the appraiser that Flagstar used. I ended up having to put thru a credit card dispute to get back my appraisal fee. The appraiser actually comped my home against a modular home that had 1700square feet still unfinished. The whole second floor was 2 by 4's. Flagstar said that with the changes and controls in place by the feds that they have no control over who appraises the home, however they do hire the third party. What a joke.

Having business with Flagstar Bank - the worst esperience from 20 years of having a mortgage loan.

1. Refinancing stalled without any reasons
2. Illegal request for private information 2 days prior to escrow.
3. No information sent to the Customer after more than 2 months from the beginning of the refinancing
4. Loan is not found (not by phone, nor online) 2 weeks after escrow
5. Unprofessional representatives answer call (after 40 min on hold)

Don't do any business with Flagstar!

I am a realtor who was doing a short sale for clients who had their loan with Flag Star Bank. I have been...

I received a Fishing phone call on 4-19-10 from a phone number of [protected] with an automated voice claiming that, my "Flagstar Bank Card has been disabled. Press 1 to reinstate your card, press 2 to leave."

I pressed 1 and it requested my bank card number. After several attempts to get to a main menu, the automated system hung up on me. I have no Flagstar Bank account or card. This was a scam. Attempts to call this number back were not answered. Beware attempts to get your account information from ANYONE.

°When we refi with Flagstar, I talked with the title co. to make sure they had everything and they said they did. Then afterwards Flagstar sends me letters stating we did not have Flood Insurance when we did, I sent them the proof, nothing was done, they purchases another one took out of my escrow. My son was having brain surgery at the time. Then they only pay 1 of 3 tax payments. now my payments have gone up to cover the negative escrow and all is not paid. Again. now they are saying my insurance is not enough. I am so tired of this and my loan agency has closed and cannot get anyone to do their job. This is not the only company to screw us on these problems. So tell me who is supposed to be on our side when companies take advantage of their customers and steal their money because they don't want to do their jobs properly.

THIS BANK IS ABOSOLUTELY A JOKE>>>> THEY ARE RACIST AND MOODY, I HAVE BEEN A CUSTOMER FOR 5 YRS AND I RECEIVED NSF, WHICH GAVE ME A BUNCH OF BS FOR EXPLANATION AND DECIDED TO NO REFUND THEM AND LOOSE A FIVE YR CUSTOMER, I WILL NEVER REFER ANYONE TO THIS BANK, EVEN THAT I USED TO BE AN EMPLOYEE OF THEM!

I had a checking account "tied" to a money market account for over five years with Flagstar. I was told I had to open a checking acct in order to get a higher interest rate on my money market acct. I realize this is actually a fairly common practice with banks, though. I was told that as long as I had activity in the checking account at least every 6 months, I would avoid maintenance fees. Well, last month, I noticed a $10 maintenance fee on my checking acct statement. I only had $41 in the account to begin with! They told me that they had changed the rules and that you had to keep at least $1000 in a checking acct or else face a $10 monthly maintenance fee. They said I was notified but I never was either by mail or in my statements. I asked to have the $10 credited back to my account since let's just say I'm a very good customer with my money market acct balance. The teller stated that she could not do that. I asked to speak with the manager, but, of course, she wasn't there. Therefore, the teller advised me to close out the account because it was no longer needed in order to receive the highest rate on my money market acct, so I closed it to avoid future maintenance fees on a useless account to me. I called Corporate customer service a couple of days later and was told that the branch would have to handle the matter. After I complained louder, he got in touch with the branch manager and put her on the phone. I explained the situation to her, and she said that she had to research the issue and get back with me. She called me back an hour later and said, "I'm sorry but I cannot do anything for you." Stay away from this bank. I probably have more in Flagstar Bank than probably 99 percent of personal customers, and they still don't care about pleasing me.

My brother-in-law has a loan on his house from Flagstar (his English isn't perfect so I'm doing the...

Never EVER use this company for a home mortgage if you can avoid it! - they are TERRIBLE - worst mortgage...

Received a letter from Flagstar Bank alerting me that one of their vendors had his/her laptop stolen and the laptop contained my (and other customers) social security number.

The letter also offered me one year of 'free' credit report monitoring to help me watch out for identity theft.

I went to a Flagstar branch to inquire as to why a 'vendor' would have my SS number especially on a laptop or how they could have gotten it.
Flagstar has refused to answer my question or even tell me who the 'vendor' is.

I tried to sign up for the 'free' year of credit monitoring but the company would not activate the service unless i provided them with 'my' credit card number even after I gave them the pass code that Flagstar gave to me.

Sounds awful fishy to me so am in the process of closing all of my accounts with this back. And would advise anyone to find a different bank.

The fact that their stock prices are in the $0.75 range should be enough warning to all anyway...

I have retained the original letter from Flagstar for proof of all of the above if needed.

I went into the bank the other day to find a middle aged lady with a bunch of binders on her desk. She wa...

I've make payments on a rental house consistently for as long as i had this loan. I use my web pay thru my bank. I get a call that im late on a payment... i always pay on the 15th of the prior month for the next month...Ok I'll check... maybe i made a mistake... NO ITS NOT ME... ever payments been made and taken out of my account... I call them back and the want me to do all the work to find their sloppy accounting skills... they say the burden is on me... WHY!!!... I gave them the check NO# and conframation #... they need to go look for it!!! I didnt lose it... IM ready to move this account ... that they profit from... because i have to clean up there sloppy accounting practices

The complaint has been investigated and
resolved to the customer's satisfaction
Resolved Flagstar Bank — making home affordable - someday...

I'm in line. A saga that started in March continues to draw itself out. In March I contacted Flagstar...

Hi, I have contacted Freddie Mac and would like to know about how long the Hope for Homeowners loan...

I was propositioned in a Walmart to open a checking account. The clerk was flirting with me while the other...

I've had a mortgage with Flagstar for four years now. Recently, I had changes in family employment and...

I don't even know where to begin with this complaint. We were referred to Flagstar bank by our realtor...

Flagstar Bank
58
%
This company definitely cares about its customers and responds to overwhelming majority of complaints.