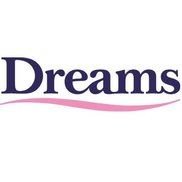 Having problems with Dreams?

ComplaintsBoard.com is not affiliated, associated, authorized, endorsed by, or in any way officially connected with Dreams.

The complaint has been investigated and
resolved to the customer's satisfaction
Resolved Dreams — delay in delivery, unfriendly customer service

As the name suggests"Dreams" Just dream about your beds and furniture being delivered on time to add to this you find a very RUDE and I mean rude customer services on a premium number. I ordered a Bed at the Aberdeen store on the 17th April 2011 and was promised delivery within 10 days and paid an additional £35 for the delivery as with Dreams you cannot collect / pickup your order in store, what a shame.They claim that you can change your order delivery online and believe me its a big LIE they are a bunch of jokers running this business. I would not Recommend anyone to buy stuff off them. Highly disatisfied with the service.

Yuk! What a disgusting store. Went shopping with my daughter and whilst looking in the other bed stores on...

My elderly mum is disabled due to having a serious illness. She recently bought a bed from Dreams Beds at Clifton Moor, York. She was told by the sales person she was buying an all singing and dancing electric bed, but was only sent a basic model.

Dreams are now denying that she ordered this bed - but I was with her and I know that she did. The CEO hasn't got the decency to honour the order and Customer Services are bullying her. They won't give her a refund even though the bed hasn't been used. DO NOT BUY FROM DREAMS THEY RIP PEOPLE OFF!!!

I have started a Facebook group " Dreams Beds Rip Off Disabled People" Please encourage everybody you know to join this group.

Within one week of having new £799. Bed frame and £1499. Mattress the leather headboard has started sagging, 2 lots of slatts have broken of the centre piece and the centre metal rods have bent, it makes lots of noise and is the most uncomfortable sleep ever!! The aftersales is non existant as the salesmen do not want to know, a repairman eventually rang yesterday (1/12/10) to say he would be calling to check the bed before 5pm but never turned up and never rang to cancel the appointment so now have to wait till 16/12/10.

Bought a bed from dreams for my daughter. On the second day after receipt I lent over to make the bed which...

Where do I start... I ordered a bed with this company. Isincerely wish I had checked on the web first. We...

We have recently bought a bed from Dreams and I do not think I have ever experienced a worse level of service...

The worst customer service ever. I ordered a bed then within the 24 hours notice time chaged to a smaller size which was acknowledged by them. The bed turned up and it was the wrong size, different to my original order and the amended order. The paperwork and refund of the difference receipt turned up later that day confirming they had booked the wrong item on the order and refunded the wrong amount. There then follwed over a week of calling their premium rate customer service line with up to 30mins wait or getting hung up on while on hold. They claimed they had supplied what I ordered which was obviously not true. They said they record all phone calls to which I said "Good, you go listen to it and it will prove I'm right" only to be told "Oh we seem to have lost the recording". By this time I had had it with them and decided to go for the jugular; I called them liars, and guilty of fraud, I told them I believed they had deliberately erased the recording because it proved me right, I told them that I did not believe for one minute that all the supervisors were in a meeting, that I lived close enough to come down to their head office and I would sit in their reception and refuse to leave until I was dealt with and that I hoped they would call the police because I would so much enjoy the bad publicity I would ensure they get over the way they treat a customer who had just spent £800 because I would bring my brother with me who works for the Sun (a lie), that they would have to accept the letter naming all the people who had failed to deal with my complaint (I had started taking names politely at the start of each call where I got to speak to someone). At that point a supervisor suddenly came on the line (Amazing, considering the first person had never left the phone and the supervisors were allegedly in a meeting). I told the supervisor of my disgust and how their policy was obviously to wear people down until they give up. This person sorted out the problem to my satisfaction on the spot. So with this company it pays to act crazy and make threats. 6 months later the bed with no excessive use started to creak where the flimsy STAPLES holding it together started to come out. I only weight 11 stone and was the only person to ever go near the bed. Final verdict; Never buy from "Nightmare Beds". If you have a problem with the matress read their instructions on how often to turn it and say to them "I turned it ???? often" exactly as it says otherwise they will say you haven't followed the instructions and it's tough luck on you. When they deliver run out to van and check they have the right thing before they get it to your door, if you sign for it you could be stuck with it. If you have the capability record all your phone calls and make a note of te etime and date when you made them and from which number, you might need to turn the tables on them, I wish I'd done that. I will never buy from them again, in fact it got me so upset that I could not face reporting the bed falling apart because it would just cause more grief. I'd rather put the matress on the floor and throw the creaky base.

An absolutely appalling standard of service from this company. First of all they have they audacity to charge...

Dreams — this company should not trade!

I ordered a headboard which failed to turn up in 4 weeks as indicated on the invoice (It did turn up on the...

Dreams
31
%
Not bad, but could've been way better. This company does respond, but not as often as you'd expect them to.