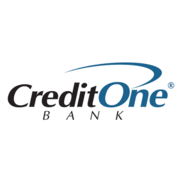 Having problems with Credit One Bank?

a pack of thieves

It is not worth my time to go into what a complete ripoff this company is. Furthermore I can't believe that all the scams they pull to soak consumers are legal. I got a COB credit card in an effort to rebuild my credit. It was most certainly not worth it as I am still paying for the card even though I canceled it over a year ago. They've probably written into the "Agreement" that they can charge me $12.95 a month (of course!) for registering a complaint on this website.

I had this credit card for over a year. I want to cancel the card but
unable to locate a number other than an automated service which directs you to another number. Also, every time I make a payment they charge me a over the credit fee. I like to stay below my credit limit each, but this fee is consistent. I can never reach a person to discuss this concern. I don't use this card anymore due to the fraudulent transaction and still get charged a late fee. This company should be investigated since a customer service representative is never available. I would like to cancel this card but don't know how. Please help!!!

I have been trying to pay my credit card bill online and I can't find the correct site. You have got to have a site to do this from because I have paid this way before. I am extremely unsatisfied with your bank and will never use it again. I will also discourage all I come in contact with to also avoid using your services. I understand banks are having trouble at this time but I would also think that this would be a perfect time to try to keep existing customers. Poor accessibility and even worse customer service is probably adding to the BAD feeling people have already. Why don't you try to make it easier to pay online and actually have an option to talk to a real person who could steer us to the correct avenue without having to tie up your phone lines and wasting our time just to ask a quick question like " how can I pay my bill on line?". Please understand that you are the business and we are the customers who pay your bloated salaries.You should take care not to lose us or pretty soon you will be out of a job.

I issued a payment from my checking account. Credit one charged me check fees and over the limit. I had ample money in my account and was able to get assitance over the phone. I mailed a letter to the general correspondence with a copy of my checking account that showed funds were in my bank and also a letter from my bank that stated they did not return any electronic payment as insuffience funds. Nothing happened. Let me tellyou this is not the first time something like this happened. As soon as I 'm able I am going to pay this card off. I have been billed for services I did not purchase and when I tried to dispute it I was talked to rudely and told to contact the merchant. I think it is a ploy to keep you in debt to them. In all I have paid over a five hundred in fees that were not valid and my limit was $250.00. It appears everytime I get my account balance 50% - there's something else to incurr new fees. I AM STILL WAITING FOR A RESPONSE FROM THEM BUT I BELEIVE IT IS VERY UNLIKELY ANYTHING WILL CHANGE. A WORD TO THE WISE DO NOT ACCEPT AN OFFER FROM THEM.

I have written cancel on my credit card bill, with payment, and they continue to bill me. I cannot find a tel...

I was out of town last month and did not have my bills with me. SO in order to pay all my bills on time I went ahead and set up online accounts and paid online. I paid my minimum due for Credit One Bank and received a conf. #. Apparently it never went through which I realized this month on my statement. I checked my free credit report and they had already reported it as delinquent. When I called to dispute and tell them I had a conf. number, they told me it's my responsibility to make sure my payment goes through and the reason it didn't was because I typed in the wrong security code. Shouldn't it have alerted me that it was invalid instead of thanking me for my payment and giving a confirmation code. If I sit down to pay all my bills and have conf. codes, I'm not going to sit down every day until the next month to make sure it has gone through. I see I am not the first person this has happened to. If their online system is inefficient, they shouldn't have one b/c it is screwing people over.

My Social Security number was stolen and used to open an account which was not mine. I was notified of this situation by the U.S. Postal Service who was handling the investigation. My credit history has been unfairly comprimised and I would like this situation to be cleared up as soon as possible. Please remove this fraudulent charge against me so my credit can be restored. If you have any questions you can contact the U.S. Postal Service as this situation is a matter of public record. You can also contact me at [protected] or [protected]. My home address is 37 Johns Drive, Warren, N.J. 07059. Sincerely, Peter Villani

Whatever you do, do not open an account with them!
First of all they charge you for using their card, and its not one time fee thing, it’s about $ 5.00 every month. Then they charge you for paying your bill on line $7.00 dollars to be exact. First of all its 2008 EVERYONE pays their bills on line, apparently not this one though! Then they charge you about $5.00 for cash in advance, which I don’t ever use.
After I started paying close attention to my charges I realized I pay about $17.00 dollars a month for no apparent reason, $17.00 x 12 months is about $204.00 dollars a year. And just last week, they pulled this one on me: they charged me $37.00 because “my bank said that I have insufficient funds to approve my payment which was $20.00” I was stunned because I had more than enough funds to cover that payment. So I contacted Credit One again, and they told me just fax your bank statement and we’ll take care of it, our apologies! Two days ago I received a letter from their Customer Service stating that they are not going to take that charge off. At that point I said that I had enough with them. I’m going to report this credit card company to Better Business Bureau and Comptroller of the Currency.

I called inquiring my card fees and my interest rate. I was basically harrassed into making another payment after they told me that they would take off a fee. My payment went thru on the date that i had scheduled my balance still doesnt reflect any kind of credit. When i asked about my interest rate and if i could get it lowered i was told that they dont do that, then i got a letter explaining that theydont do that. I am trying to build my credit and i believe this account is making it worse.

why can't I speak to a real person?

I have been trying to contact the credit one bank since last Monday concerning my credit card but every...

They opened up an account/credit card for me without my authorization/permission! I never would have accepted their offer - $75.00 just to to get their visa card? I never even received a card, and I don't want it! I will be writing to the attorney general's office.

We paid this credit card online a few days before the actual due date. They posted it after the due date and are charging us the fees for a late payment. I believe this is highly illegal and basically fraud. When my son contacted them, the person stated to pay the balance in full and then they would refund some of the fees but not before. Sorry guys - I think its time to discuss this with my attorney. Very nice scam - great card for college kids - R U KIDDING ME!!!

This credit card company is the most deceitful I have ever seen! When I called to close my account, the...

I dont owe this bill

The only time i used this card was three years ago for a 200.oo cash advance. and i i paid it off, now i get...

I have called twice to report my card lost, well the first time your customer service person never entered...

I received a credit card from credit one bank. I was not having any problems with them until I got married in...

I called and canceled my credit one card 4 months ago ..the operator told me the balance was paid in full... the next month I got a bill for $4.25 so I called them they said they would take it off. The next month collections called and I explained it to them... they checked notes and said they would take it off... the same thing happened 2 more months and today a man called from there and was very rude and wanted $98.56... he said he didn't know why they told me that but it was money I owed and had to pay it... well after fighting with him for a few minutes I asked him if I pay this will you stop calling me and he said you'll never hear from us again... so I paid it...

This company should be put out if business!!!

they stole money from my checking account. I sent my payment in by check and they said it was returned so they charge me a late fee, a returned check fee and did a forced debit withdrawl from my checking. I went to my bank and got a letter stating that they never tried to cash my check and that i have overdraft protection so it would have been cover even if I didin't have the money in there. they stole my money and I am filing a complaint to the Attorney General Office of Nevada about this.
then they deleted my statement showing all this about the late fees and so on. How many other people are they doing this to?
Linda Weinberg

Paid 2 credit cards off in full and canceled both cards due to their fees for online payments $6.95. The agent tells me that it may take up to 30 to process the closed account and I may have other fees attached (like my monthly annual fee, paid monthly). If these people charge me a fee after I closed my acccounts I'm getting an attourney. ********CONSUMERS BEWARE***********

Credit One Bank
2
%
Doing nothing would be this company's favorite pastime, if they had the energy for it.