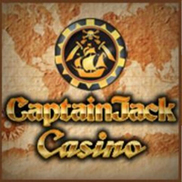 Having problems with Captain Jack Casino?

I played a bonus at this casino and fulfilled the obligations of the bonus. After fulfillment I registered a withdrawal. I jumped through all the hoops to facilitate a withdrawal of 750.00. Upon checking the status of my withdrawal I was informed of some triviality of mixing funds. I was told that invalidated my withdrawal. I don't believe I mixed funds. They said I made a deposit with more than five dollars in my account. I know enough to play my accounts down to nothing.

Cashed out and requested winnings from CaptainJackCasino on June 17, 2010. Was asked to send in photo I.D., Utility Bill, Bank Authorization Form, and address, tel. no. etc. Sent in all the above and was told my winnings were approved on June June 26th and June 30th, 2010, and that I would be receiveing in about 10 days via overnight express. I cashed out a winning amount of $800.00, and one winning amount of $150.00. These amounts were changed to two different amounts of $200.00, and $350.00. I played slots games with no playthrough requirement. Nothing should have been deducted as far as bonus because I had won more than the above amounts; and had payed back any bonus if there was one. I had an available cashout of $800.00, and another available cashout of $150.00; so I was ssupposed to be sent a total $950.00 by overnight express, and was never sent these winnings. I was called almost everyday by different members of the staff asking for deposits, and telling me I was one of the top players for a
large prize. I was given different names and they said they were from the Verification Dept. I had been playing with this Casino Online for about 2 1/2 months or more. I spent hundreds of dollars in that time.

Captain Jack Casino
Doing nothing would be this company's favorite pastime, if they had the energy for it.