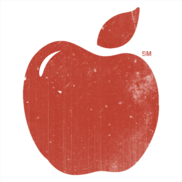 Having problems with Applebee's?

My family and I went to applebees in orem utah. The meal was fine and the services was fine. When the meal was ready to be paid for, the manager (Sullivan picard) came to the table and told me I needed to pay another way. He was holding my debit card in his hand. I asked him if my card was declined and he told me I was not "privy" to that information. I told him I most certainly was because it was my card. He would not offer any explanation. I asked over and over what the problem was and he would not tell me. I then reached out to get my card and he jumped back and yelled and caused a scene. I told him he needed to give me my card or I will call the police. So I called the police and they came. They got me my card back and the card was not declined. I think sullivan was trying to steal from me or at best use his authority at applebees to be an [censored]. After multiple complaints to applebees for his conduct.. I was told it was a simple misunderstanding and mr picard is sorry... I am not pressing civil charges against him and applebees. Applebees offered me a coupon for a free dinner, but I will never return. Watch out for sullivan picard. He is a con artist at best!!!

Today my family and I oredered carside to go. We then sat down to eat only to be disgusted by the cold under...

Why is it that Applebees completely overlooked the placement of a "wooden indian" inside its entrance at thi...

Went to Applebee's on Valentine's day 2009; and the evening started out well. We only had to wait a few minutes to be seated and the server was prompt in coming to our table. My husband and I ordered an appetizer which was also delivered promptly so all was going rather well up to receiving our entrees...which was steak. My husband's came cooked nicely as ordered, medium. Mine on the other hand was "bleeding" when I cut into it besides the fact that it looked like it had been sitting on the plate for quite a while. I called our server to the table and she took the steak back to be "replated and cooked". By the time it was returned to our table my husband was more than 1/2 done with his food, (I'd told him go ahead and eat so his food wouldn't get cold) and I cut into this steak to find it was BLOODY just like the last one!!! By this time I was sick at my stomach, mostly due to aggravation, and ready to get out of this pitiful excuse for a restaurant. I told her I didn't want to return my food for a third "round" of cooking, just forget it!! She came back later and asked if we wanted to order dessert!!! LOL After being told "no not if it was like their steaks", we got our check, paid, and left. They took the steak off the bill, but added back the two sides I didn't eat. I sent a complaint to their feedback email address but don't expect to get a reply. Oh, yes, just an added FYI, the manager never once came to our table as is usual in most restaurants. Needless to say we won't be going there again and more than likely won't go to another Applebees.

I'm going to make a long story short that happened on 02-14-09. Ordered 2 steak dinners, 1st time they came out sides were wrong. 2nd time they came out steaks and sides were wrong. The 3rd time they came out, sides were still wrong and the server brouht out same steaks for the third time. You can guess by the 4th time I was not a very unhappy camper, so when our order finally arrived
for the 4th time the manager came to our table, said he was sorry and would see us before we were through eating{ha ha}.Finally after an hour long ordeal, we could eat our supper with fresh steaks. WRONG our steaks and sides were wrong so we switched steaks with each other. No, we never saw the manager again and will not go back there or any Applebees.WE should have gone to Outback Steak House like we had planned and wait for a table.

No need to go all the way to Africa be one of the contestants on the next 'Survivor' - to be...

Husband took me there for lunch on a wedding anniversary date. Waited 20 min. to have anyone come around to...

After eating at the Applebees on Southland Mall numerous times. My wife and I noticed an add on TV regarding...

I just returned home from dining at our local Applebee's. First I do not want any credit or gift certificate. I am contacting you only to make you aware that one of your stores is not measering up in the quality of food I have come to expect from Applebee's.
I purchaed a Burbon Street steak at the Jacksonville, Illinois Applebee's and it was without a doubt the worst piece of meat I have ever eaten. I did not complain at the time because the waitress was excellent and i knew she could do nothing about the extremelt poor quality of meat purchased at this restaurant. I am only contacting you because someone has invested in this establishment and needs to know there is a big problem at this location. I will not go back to this Applebee's!

Stay away from this place!!! I've been to quite a few applebees and this is by far the worse. The...

While having lunch at Applebees my wife and i had to listen to an young gentleman using profanity.The words this man used in front of paying customers was very distastefull and embarasing for most that where subject to this.this young man ruined our lunch with his actions.He was yelling at employee .I did not know such language was allowed to be used to repramand an an employee.I feel someone should have a discussion with this young man about his choice of words and how to act in a profesoinal manner. I will never go into that resteraunt again.

The hostess opened the door for us and we got seated quickly. It was a warm welcome and everything was fine. We then sat down and as soon as the waitress came up she rolled her eyes huffed and puffed. Then she took the napkins and threw them down and asked as what we wanted to drink. Now this has happened more than once of how she was acting. Pam gave us attitude during the lunch meal. I am a regular customer and never had a problem once. There was no reason for the behavior what so ever. This does reflect on the company as well.

Also removing the Orange Glazed Salmon from the menu was a HUGE mistake. Is it not possible to offer both choices, Orange Glazed and Herb Garlic since they are at opposite ends of the spctrum???? I guess I'm back to TGIFridays, who by the way provide excellent online nutrional information. This makes me guess that Applebee's should have the same capability.

What has happened to the food at Applebees? They use to be pretty good for the money but after the food we ate there tonight, we will never go back. If you want a salad at lunch or a burger they are all right. But never go there for a dinner. The baby ribs we had were really awful, they had a bad taste and the fries and slaw was just as bad. And for the price for the amount of food we got was just a rip off. I know now that no matter what we will go somewhere else and never go back to Applebees.
And the service was bad, the young teenager at the door was rude, she was talking to another teenager that worked there, did not even say hello, we stood there for a minute and then told her that we would like a seat. To me they were all like teenagers, they were all dressed in jeans and white shirts. I think they should make them dress a little better then they do and tell them that customers come first before their friends. It's their job to put customers first not to stand around and talk to each other. And when we left there was three teenagers who worked there just hanging around talking at the door and not one of them said hope you come back or anything.
What kind of restaurant is that? It's just a place for those young people to hang out. I really hope that they get better. But either way, we are done with them and will never ever go back!!!

On October 3rd of 2008, I went to my local Applebee's and order Chicken Parmesan to go, which I have...

Me and my two daughters visited the Applebees in Mt, Pleasant on Friday and we were seated promtly and the...

I travel the west coast frequently and eat at lots of applebees along the way. I recently visited Chehalis Washington and went to applebees. the first time i was there they refused to serve me some artichoke dip, unless i bought the appetizer for 13.00. Have they ever heard of side orders... the second time was today and they took our order, brought us our drinks and about five refills, and 40 minutes later still no food. Finally i asked the waitress where our food was, after all i ordered salad and you dont have to cook salad, she left and didn't come back. After an hour and a half of waiting we got our food a salad and a COLD hamburger, Oh and did i mention a 50 dollar Bill. THey never even said sorry of offered a complimentary meal, i like applebees but wont go there again very poor service.

I have worked for applebees in Merritt Island. Our store was one of the highest grossing stores in central...

My wife, daughters and my son planned on celebrating our 11th anniversary at the local Applebees restaurant. When we arrive, one of the waiter (bold young man) whisper something to the attendant that was looking for seats for all of us. We were sited and waited 20 minutes and nobody came to wait on us. All around us there were nothing but white people. There were three families that arrived after us and were greeted and served. Of course they were all white. While me and my whole hispanic family waited and nobody greeted us. I'm thinking that the waiter that started all this did not even look at us and thought that because we look hispanic we did not speak english. I wonder how many times has this happened at this restaurant. I spoke to the manager who suggested us to stay and pay for our food. WE DO NOT NEED YOUR PITTY... After what your employees have put me and my family I will make sure that this case is.

Applebee's
1
%
Doing nothing would be this company's favorite pastime, if they had the energy for it.