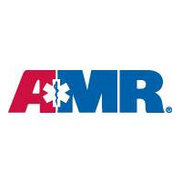 Having problems with American Medical Response?

AMR runs the sirens on their ambulances constantly at all hours of the day, regardless of traffic, through...

On 7/28/2000 my daughter and I were hiking on a steep/cliffy mountain summit when my vertigo & weakne...

American Medical Response — Past due bill

I just received a notice from a collection agency from 3 years ago. I was never notified of this as your company had the incorrect mailing address. And AMR turned this into a debt collector. My insurance company was never notified either. Thank your attention in this matter please let me know how to proceed. I will do so

The Paramedics name was Joshua he said. He was on Medic 2 and was dispatched by Centralia but in our town...

AMR has incorrectly billed us and will not work with us or our insurance to correct their bill and receive payment even though we and our insurance have contacted them numerous times to resolve the situation. They have now sent the bill to collections in our daughter's name who isn't even the primary on the insurance but a teenager who has spent the last year fighting for her life as she battled cancer. No they have marred her credit score before it even begins and for a totally avoidable situation which was a result of their incredibly bad customer service and unwillingness to take the time to resolve the issue in their billing system. AMR needs to rescind the claims bill immediately and contact our insurance to receive payment.

American Medical Response — 2 employees that came in the ambulance

On September 3 last year, I was having dizzy spells while at a restaurant and called an ambulance to take me to the hospital. At the time, I was covered by a Blue Cross/Blue Shield silver plan and expected that the ride, which was less than a mile, to be covered. I paid a $300 co-pay at the time. I was surprised to receive a bill for an additional amount of $2, 219.82 and immediately began receiving collection threats on the bill.

After calling my insurance company, they told me the amount they offered to AMR for their portion of the expense was rejected by AMR because they wanted more money and my insurance company wasn't prepared to offer more. So they came after me directly. The ride, as I mentioned, was less than a mile and all the EMT's did was basic triage. The bill I received cited exorbitant costs for basic items such as latex gloves. My current income is below living wage and my husband is out of work. We contacted AMR and they told us we could apply for relief. I literally make $500 a month and they rejected my relief application, which leads me to believe this isn't a real program and is there simply for good press.

At any rate, as I was awaiting an outcome to the matter, they continued to send me threat/collection letters, even though I was talking to them weekly throughout the process. So I am currently being told I owe over $2, 000 for a ride less than a mile distance just to get me to the hospital because AMR didn't like the reimbursement from my insurance company. AMR's practices are, at best, extremely unethical and, at worst, criminal.

I have called the medicaid department several times over the past year about a claim. I still need help to resolve this matter. Amr keeps telling me that they are being denied because taylor's insurance doesn't cover emergency services. Amr says that the denial says behavioral health services only. Amr keeps billing the wrong claims department. I have told them to bill legacy medicaid or molina. Two medicaid representatives have also called amr on a three-way call to assist me and have explained to amr the error that they are making.
I am now receiving a collection notice from amr. This is amr's mistake and I shouldn't be responsible for the bill. I have tried to help them but they don't seem to understand.

Other healthcare providers have had this billing issue but have corrected their error and received payment for their claims so I don't understand why amr is having such a hard time.

In February I was in an accident and was transported by AMR. A few weeks later I received a bill that was not...

An ambulance was called for my father who had a sudden onset of confusion and is a diabetic. The ambulance...

The complaint has been investigated and
resolved to the customer's satisfaction
Resolved American Medical Response — after 2 1/2 years of my mother's death we get a collection bill for the ambulance that took my mother from a facility to the hospital.

My mother was transported from a rehab facility on 2/28/07 by American Medical Response to a hospital where...

American Medical Response
14
%
There is some slight activity coming from this company when it comes down to resolving complaints, but so far it's neither timely, nor relevant.