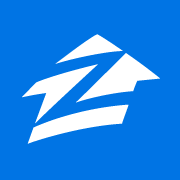 Having problems with Zillow?

Zillow reviews first appeared on Complaints Board on Mar 11, 2009. The latest review My listing was posted on May 13, 2021. The latest complaint wrong location and inaccurate value was resolved on Nov 17, 2014. Zillow has an average consumer rating of 1 stars from 49 reviews. Zillow has resolved 3 complaints.

ComplaintsBoard.com is not affiliated, associated, authorized, endorsed by, or in any way officially connected with Zillow Customer Service. Initial Zillow complaints should be directed to their team directly. You can find contact details for Zillow above.

Use this comments board to leave complaints and reviews about Zillow. Discuss the issues you have had with Zillow and work with their customer service team to find a resolution.

Purchased real estate agent ads from trulia through a phone sales rep. Zillow misrepresented the ad service and failed to disclose planned changes. I purchased real estate agent ads from trulia on may 4, 2015 based upon statistics the sales representative shared with be for the advertising area. I received leads (16-20 leads per month) for the are for the first 3 months of the 6 month term as the rep indicated. After the second month using the ad service, zillow group sent a notification that they were "integrating" the advertising platforms of trulia and zillow and that advertisers would benefits from the changes. Once the change was complete, I was beginning my 4th month of the service and from months 4-6 received zero leads. Zillow group/trulia blatantly misrepresented the advertising service they sold me over the phone. I repeatedly contacted the "newly assigned" sales rep who was very nice but told me that they don't have a means to cancel the term. When I expressed my dissatisfaction, he agreed to look up the number of "impressions" that were delivered in september and told me that the minimum threshold according to my agreement was not met, therefore they would refund that month of service. He informed me that he would contact the billing department and have a refund issued. After 15 days of no communication, I sent an email to the rep and his supervisor to ask about the status of the refund. The supervisor replied that they will not issue refunds and they I can only stop payments when the end of the 6 month term is reached. The terms and conditions were not reviewed with me at the sale. When purchasing the ads the rep made no mention of the planned changes to the advertising platform, or what they called the "integration" which directly resulted in the lose of all leads being sent to me for the last 3 months of the 6 month term. I didn't not physically or electronically sign a contract. The contract made was a verbal contract which the salesperson misrepresented in my opinion by not disclosing the upcoming changes. If these changes were disclosed I would have never made a verbal agreement to do business with an unknown advertising systems change.

The complaint has been investigated and
resolved to the customer's satisfaction
Resolved Zillow.com — wrong location and inaccurate value

Talk about a disappointment. I had a very bad experience with a realtor. Ya ok so many of us probably have. But what ticked me off was when I tried to do a review of him on Zillow.com.

My review was far from stellar but factual and with a couple of opinions. But it was never posted after I believe 2 attempts.

I believe if you don't post a good review on Zillow it won't get posted.

Zillow listed inaccurate information about my house and property and won't correct it. My house and property has never been listed for sale much less sold. They have it as being sold on 2/15/12 for a low price, which I think was conjured up in order to list other properties for low prices. I have contacted them on several occasions and they have yet to remove the inaccurate information.

Zwillow is a fantastic site for finding local, affordable houses, well within any budget. Unfortunately, once you actually get in touch with someone regarding the property, it's in fact not at all what was presented on the site. Hint to Zwillow: obviously, I'm interested in a property based on it's supposed price, you contacting me to tell me that's it's actually thousand of dollars outside of that range is a waste of both of our time. Zwillow is nothing more than a cleverly discuised phishing site, presenting inaccurate and blatantly false informatoin in order to draw up some business. Also beware of Postlets.com, a site often associated with the listings on Zwillow. I've found they're extra shady. Posting houses as "for rent" for a great price when they're actually for sale. Anything to get you to contact them so they can turn around and add you to their cold calling list. "Why no, that house isn't actually for rent for $1500 a month, but it's for sale for $400, 000." Come on?!!

Zillow.com — Zillow shame on you I will never ever use you site again

I thought zillow.com was a good website until I reviewed one of their agents with a one star review, a couple of days after the review the actually rejected my review, that is dishonest business conduct, there are other sites that are far better and more honest then zillow toward the public, and if you see those 5 star rating posted on the zillow I tell you it is nothing then BS and I have the emails to prove the case, Zillow shame on you I will never ever use you site again.

Zillow.com — avoid this place at all costs

Zillow lacks transparency with its users and public, zillow games the people and thrives off of bad news.

Zillow.com — they took $ 39.95 of my money and did not provide the service they promised

I placed an ad on Zillow on March 12, 2011 to sell my lot. I paid $ 39.95 for the ad to run for 180 days. A few days after I checked the site. I could only find my ad if I typed in the exact address of the lot. It was not on any of the 10 pages which listed homes and lots in Sebring. I also checked 'lots/land' not listed there either. When I e-mailed Zillow I was told that my lot was contained in the map at the top of the page. A few days later I checked again and found my lot. I got busy with other things and did not check again until 4/19. Again, no ad. I e-mailed Zillow and was told someone would contact me. Not having heard from anyone, I checked the ad again today (4/21) No ad! I went into 'my account' and it showed I had no ad listed. I e-mailed Zillow and again I was told someone would get back to me. They took $ 39.95 of my money and did not provide the service they promised!

These are 3 of thousands of complaints of fruadulant buisness by these Corparations. I was on the internet...

Zillow
6
%
There is some slight activity coming from this company when it comes down to resolving complaints, but so far it's neither timely, nor relevant.