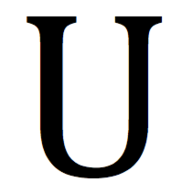 Having problems with United Law Group?

ComplaintsBoard.com is not affiliated, associated, authorized, endorsed by, or in any way officially connected with United Law Group Customer Service. Initial United Law Group complaints should be directed to their team directly. You can find contact details for United Law Group above.

Use this comments board to leave complaints and reviews about United Law Group. Discuss the issues you have had with United Law Group and work with their customer service team to find a resolution.

United law firm first contacted me saying they were united collections and I was being served court papers over a loan I had taken out from the cash store in 2019. I hadn't received any letters from the cash store or a collection agency. They told me I could settle for $200 less than what I owed. Then they told me in order to do so I needed to pay $188.55 up front to avoid court since my account was red flagged. The next two times they called it looked to be a cell phone number not the usual 800 number. I never sent money. I felt like it was a scam.

I have been struggling for the last couple of years to keep my home, I catch up and fall behind again on my...

United Law Group electrincaly transfered $3, 500.00 from my checking account for fees to complete a mortgage loan modification. I was able to contact their representatives and receieved regular calls from them until they received all up front fees. After that time I was unable to get in contact with anyone and never receieved a return call.

If there is anyone who has information on action that can be taken against this law firm or has elpful information about actions against United Law Group, you can contact me at [email protected]

My wife and I took the time off from work to drive down to ULG to find out about our case since they...

Solicited by phone an offer to modify home loan from Bank of America.
This was in may of 2009. Paid them in two payments to a total sum of 5300.
For this amount they claimed We had access to an lawyer and large group of Para-legals well versed in lawsuits against BofA.
After months of telling us BofA was not returning calls and not working with them, they told us the funds were gone and that we could file with them for Bankuptcy for an additional 3, 000.00. We declined their offer. they also stated that we would be included in lawsuit against BofA as a class action client.(at no Additional cost)
BofA has never heard of ULG in our case unless the information came from us. there are no leters, no notes, most important no certified mail sent on our behalf to BofA. ULG sat a on our money cashed the checks and did noting nor can they prove they have done anything.
We are not on the lawsuit and from what we have seen all ULG has done is file a COMPLIANT against Bofa and Countrywide, not filed a lawsuit. We are about to be forclosed on by BofA, and they do not want to do any modify's anyway because there is no money in it for them. The US Government already gave it to them, no strings attached.
United law group took our last amount of money and like a pickpocket walked off down the street not looking back! BofA wants their Property and all the govenment handouts! So they can resaell the house again.
All backed by the national and state governments.

My brother is in a mess with bank of america. He ahas been fighting with them for 6 months about his HELOC loan. He recently hired United Law GRoup to represent him. He paid them$ 2500.00. They DO NOT return phone calls and DID NOT show up in court even tho they were well aware of the date.They have done nothing to remodify the loan. There is another court date on june 22nd .They still have not filed a motion on my brothers behalf or worked with bank of america to re modify the loan. MY brother is hardworking and is dislexic.HE is going to lose his home on June 22nd for 2 missed payments on a HELOC! His reg. mortgage is up to date! STAY AWAY FROM THIS LAW FIRM!!! JUST MORE MONEY AND MORE HEADACHES!!!

United Law Group — Will not provide services retained for

Several months ago my wife and I retained United Law Group to assist with securing a loan modification. Like several other people we got nothing. ULG was just resently raided by several agencys including the FBI. I have filed complaints with several agencys my self . None have came up with anything different. ULG is scamming people for a profit. A freind compared ULG and thier tactics to that of the movie Boiler room. I am trying to keep my house and am working with my lender directly agianst the advice of ULG. Hopefully I can save it. If not I will be moving my famialy into ULG's corparate office in Irvine Ca.

It as been a year now and I haven't had any results on my case, its been over a month since I have not...

The complaint has been investigated and
resolved to the customer's satisfaction
Resolved United Law Group / Loan Modification — Took our money- now they cannot be reached-Lender has not heard from them, its been 4 months

The complaint has been investigated and
resolved to the customer's satisfaction
Resolved United Law Group — This is a scam!!!

DON'T USE THIS COMPANY, AS AN EX-EMPLOYEE. TRUST ME I KNOW... Well let me first say that this place i...

I have been dealing with this co. for 8 months now, they would not inform me of the situeation of my Loan Modification, and everytime I called they would tell me that they were just waiting on the Bank! These were all lies, My loan Modification was cancelled because they failed to submit documents that the bank was requesting. I always send them my documents right away. They did not inform me of this and now my house is up for sale from the Bank. I have requested a refund of 7, 000. and they keep telling me someone is going to get a hold of me. A week now and no one has called me, at one time they said that they had other prioritys and that a refund of my money was not a priority, they will not transfer me to their supervisor and they will not return my call. There is got to be a way to stop these thiefs!!!

The complaint has been investigated and
resolved to the customer's satisfaction
Resolved United Law Group, Inc./United Processing — misrepresentation

All of the characters - amusing. What isn't funny- that schmucks can sleep at night. UPDATE- United Law...

The complaint has been investigated and
resolved to the customer's satisfaction
Resolved United Law Group, Inc — loan modification scam

This firm, headed by Atty Sean Alan Rutledge, collected upfront fee of $5, 000.00 for loan modification service offered in Oct. 2008 and we almost lost our home on May 5, 2009 after knowing about 3 days prior to the said sale date that our home property sale date can not be settled until we subject to repayment plan with the lender, Indy mac bank.

We have learned only on May 4, 2009 from the lender themselves that there was not at all loan modification filed on our property by the ULG firm and that we need to settle quickly to save our home. All along the firm's negotiating team, who are the only people we were able to speak despite my repeated demand to speak to this Atty. Rutledge, were really doing their job for what they are hired for and even asked us not to communicate ever with the lenders as we were being represented by the firm and to send all documents that these lenders were sending us and they will take care of it. They specifically convinced us that that was their job and that they will fight for you. Unfortunately, nothing have been done as no loan modification was ever filed to the lenders.

We were later notified that there were more people suffering similarly what we went through. Hope this firm can be cited, reported to the Bar and DOJ for the wrong doing they are practicing.

Thank you AARP for your effort of helping people like us.

a of san jose, ca

I regret having jumped the gun and posting my complaint against The United Law Group. After speaking with...

Hello All, I would like to go on record saying that this has been the worst experience ever; We to have...

If it wasnt for united law group my life would of been over. I would of shot myself in the head and left my family the insurance money. Thank God for United Law Group!

this company solicted 2500.00 from me promising to do a loan modification. needless to say 5 months later...

United Law Group
80
%
Fast & efficient, this company is head above their competitors when it comes down to taking care of their customers! Keep up the great work!