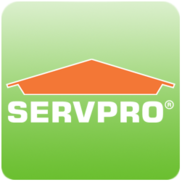 Having problems with ServPro Industries?

ComplaintsBoard.com is not affiliated, associated, authorized, endorsed by, or in any way officially connected with ServPro Industries.

Hurricane Sally hit Alabama 9/15/20. My home has lots of roof damage, 2nd floor window blew in and allowed lots of water damage throughout home. ServPro of Pike, Floyd & Knott County, Kentucky. ServPro started on our home on 9/23/2020. The first crew started on 1 upstairs room, ripped my window screen and quit. On 9/26/20 a new crew started with the owner, Nathan Ratliff. This crew worked a day and a half. They scratched my refrigerator, broke large vanity mirror in bathroom & tore up the stairs (carpet treads and large holes on wood tops). They never brought in their dehumidify equipment or any equipment. Nathan Ratliff met with my insurance adjuster on 9/29. Adjuster showed him all the moisture that they left. He said he had personal problems and had to go back to Kentucky. My home is filled with molded insulation and ServPro never returned but Im told by Chasity they are giving me my final bill. I paid them $4500 so far.

Servpro refuse to give me copies of my signed paper work after the job was finished. I need the copies for my insurance. This work was done 5/28/20 to 6/3/20 thats when the checked was cashed the check was made out to servpro but when it was cashed it was cashed under the name of mitnor corp. I am not sure if servpro is a real company please help. Irene fowler irene. [protected]@att.net

I had water damage done in my home on March 7, 2020. I contacted servpro that same day. They responded very...

Anthony, Greg and Lawrence are terrible Lawrence and Greg lets Anthony call the shots who is jus milking the...

ServPro — response or lack of, to telephone calls and/or emails

We live in coastal North Carolina, in Morehead City. As you may remember, Hurricane Florence devastated our...

I want to share my terrible experience with this company. The initial call in was a fiasco and the call taker struggled taking my info. I seriously thought she was under the influence. The response was very good by the crew. Josh was a nice polite crew leader. My fridge water line leaked and the water went under about 60 SF of Coretec vinyl planking flooring. Coretec is 100% waterproof and is a floating floor so I was not worried about damage to it, more so mold and water damage to the drywall and cabinets. I instructed Josh to unsnap the flooring and stack it up to be re-installed later. I had already started, unsnapping the first 4 pieces. It comes up easily. The crew instead ripped out the flooring and dumped it. I can understand a couple of pieces being unusable (actually no I can't) but all of the flooring? I contacted the vendor and the flooring installer stopped by today. All questioned why the flooring was thrown away, the beauty of the product is that it's waterproof and can be easily taken up and reinstalled again. BTW, the flooring was just over 1 year old. The installer advised that Servpro took no care in removing the floor properly. So here's the thing, maybe this crew just didn't have the training to know better. But how about making it right Servpro? It was great customer service to receive daily updates from Audra the Team Manager as to how the work was progressing; she was very quick to respond to my emails UNTIL I sent an email complaining that the crew had messed up with the flooring dismantled and it was my intention to back out the flooring cost from the final invoice. Audra did not return my email or call me. So I sent another email the next day and she finally responded. She suggested I run the cost of the flooring through my insurance, taking no accountability. She knew up front, I was self pay unless the claim got too big which at this point even if I had to pay for flooring I would have to avoid an insurance claim. I called her and she admitted she had no knowledge of flooring install (she's the manager!) but admitted that all the flooring was damaged upon removal. Unless they handled the the flooring like gorillas, there was no need for it to be damage. She then said that they had another similar situation the same week and now the company was using it as a training opportunity. Hey but I should pay for their mishandling or just file a claim? During our conversation, I could hear her typing away instead of being engaged and finding a resolution. How rude. In a snarky tone Audra asked me if I was just relaying this for informational purposes. Really? It was like talking to a brick. So I informed her that I was backing the cost of the flooring out of the invoice and she responded as she typed, "so you will be backing the cost of the flooring - OK have a great 4th (of july)" and hung up. All I can say is WOW! I'm an insurance agent and deal with folks having water or fire crisis every week. Now I know what it feels like to be on the other side. In the future, this will not be the company I will use-ever!

On Wed., May 22nd I experienced a back up in my downstairs half bathroom due to a clogged pipe at my neighbor's. ServPro was one of the referral my insurance company gave me. ServPro came out on Wed., May 22nd to do the water mitigation. When they thought my insurance company was involved, they promptly sent an estimate on Thur., May 23rd. Once I told them that my insurance company stated they will not cover my loss in full...due to the cause of damages Josh stated they need to do an asbestos testing. The asbestos testing was done on Wed., May 29th at 7AM by Mike. On Thurs., May 30th at 10:46AM Dylan Haygood left me a voicemail stating that the results of the asbestos test were received. I called Dylan back at 11:29AM on Thur., May 30th and he said the asbestos test showed less than 1% asbestos on the sheet rock and it would need to be treated. I asked him for a written copy of the asbestos test findings AND an estimate on the cost to treat it. He stated that I would receive both the asbestos test report AND estimate later on that afternoon. I did not receive anything so I called Dylan back on Fri, . May 31st 4:41PM and asked again for the the asbestos report and estimate. He then said again it would be sent later that day. I still have not received it. I told him to come and get his equipment consists of the air scrubber and dehumidifiers which have been here since Wed., May 22nd. I feel that this a scrupulous attempt to get more money than necessary from this hardship I am currently facing. You can not treat people this way and I will not be a victim for this. I want your equipment out of my home immediately.

NEVER USE!!! This is my and my daughter's experience after a fire at her townhome: We last communicated...

My wife and I live in Ellicott City, MD where saturday July 30th we suffered a major flood in our basement...

We feel that Servpro has completely failed in their own quality assurance process to assist in resolving the...

ServPro — A lady named Michelle. That works in office.

The lady from this office called me and told me never to call servpro again. And that shewas not going to get...

We have had enough, no homeowner deserves this kind of business practice and fraudulent intentions. This is a...

The complaint has been investigated and
resolved to the customer's satisfaction
Resolved Servpro Of Southwest Mobile — ripoff, theifs, fraud, untrained

Did not follow industry standards in a sewer overflow clean up. Theft and destruction of personal items, mold...

Servpro Of Bellingham — I need refund as soon as possible.

I just purchased a voucher from servproofbellingham.com for carpet cleaning. But when I booked the appointment they said they are not accepting voucher. Then I sent an email to get a refund and I got auto response that my mail reached and they will get back to me in 2 days and there is no single mail from them till now eventhough I sent lot of mails again and again. I need refund as soon as possible.

We had a house fire in August 2011. ServPro of Bethlehem was supposed to take care of the cleaning of our...

ServPro solicited water damage remediation work in my home. Salesman induced my wife to sign contract without disclosing any price, any unit prices, any labor rates - simply mandated that we pay whatever was billed. Work was substandard, rude personnel, carpets were left dirty, and billing was arbitrary.

If your town ever has a major catastrophe like a flood, and these guys have to come in you better go buy a...

Because of water damage from Hurricane Irene we called SERVPRO for service, Their Marketing Representative...

ServPro Industries
36
%
This company is on the right track to keep up with incoming complaints, but there's still plenty of work to do.