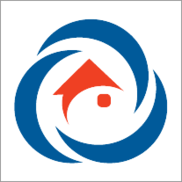 Having problems with Reliance Home Comfort?

So my hot water tank broke down today and I tried lighting up the pilot to see if I could get it up and...

I have paid a monthly "service" fee to this company for years. Yesterday I called about our AC and was told by their rep in the Philippines that someone could be at my house the next day somewhere between 1PM and 5PM... that means 5PM. I am expected to not only to pay these crooks a monthly fee but then also take time off work at my expense so it is more convenient to Reliance.
I told the rep I have to work for a living and can't afford to take time off to suit them. The rep said its all they can do. I asked her to have a supervisor call me... 24 hrs later still NO CALL from Reliance.

The Reliance call centre is on the other side of the world and I am here in Cambridge Ontario. This company has no clue as to what customer service is. Their interpretation of customer service is that the customer serve them !!!
This is a disgusting, almost criminal way of doing business... they just take the money and run.

In January 2010, I was visited by an individual claiming to be acting on behalf of the company I currently rent a hot water heater from. He indicated he was assessing from eligibility for an upgrade to an energy efficient model and there would be an additional change of 1.25 per month. I agreed to the installation and within 3 days I had a new water heather. Four months later I receive a bill from Reliance who I have never done business with. I called Reliance and spoke with them. Firstly the door to door sales people are contracted out and not employees of Reliance. I am assuming they are paid on commission and will do whatever they need to make a sale. Finally Reliance agreed (once I spoke with a supervisor) to removing my hot water tank when my previous company was able to reinstall it. When I approached my previous company to reinstall a hot water heater, they indicated that this happens all the time. The lesson here is that not to deal with an individual coming door to door. Consumers please be careful.

used scare tactics to try and scam me at my home

The sales pitch was a pack of lies. She basically said the furnace and air conditioner were completely covered for all repairs @ 15.99 a month. They will send out a repair man and fix any problems. I thought it too good to be true so I asked several questions.

November 2009 (After almost 4 years of payments) the furnace wouldn't turn on. So I called reliance, by the time the repair man arrived it was working. But he was quite happy to rip apart our furnace and tell us it had a cracked heat exchanger and to fix that it was $900.00 so he might as well sell me a new furnace. So, I said when can you fix it, as it was all covered under the comfort protection plan, right?

Wrong! I was now being educated about what it didn't cover, which is basically everything that usually breaks down. I suddenly felt I was in the middle of a scam, not only had I been paying 15.99 a month for nothing. But this allowed reliance to enter you home and further rip me off.

He said he by policy (Whose self serving policy) he would have to disable my furnace. Leaving a family of five without heat! Remember it was working before he arrived.

I don't believe he was honest about the cracked heat exchanger because the furnace is still working.

Reliance - first scammed me out of 15.99 a month for four years, and then used scare tactics to try and scam me at my home.

Of course when I called reliance to complain and ask for a refund of my $15.99 a month for four years. They read from a script deflecting away from the lying salesperson to blaming us for not reading the fine print in the pamphlet they never sent me.

Beware of reliance - they are scammers.

This is a warning for anyone who has a Peak Saver thermostat installed in their home and has warrenty coverage with Reliance Home Comfort. Reliance will not cover repairs to your furnace.

On March 26 2010 my furnace broke down and I called Reliance to repair my furnace. Their representative came in and after his inspection said to call Peak Saver because their thermostat was broken.Because it was a cold day he shoed me how to hotwire the furnace if I wanted heat. I chose to grab a couple of sweaters instead. A contactor from Peak Saver came in and reset the thermostat. It was not broken as Reliance said. The problem was caused by a bad belt which caused the thermostat to go into lockout position.

While Peak Savers was over a call was placed to Reliance to see if it was ok to go ahead with doing the belt work. Mike Travers the technical rep disconnected from the call and I went ahead with the work.The bill came to $205.80 . After spending extra time and money faxing and photo - copying the various paperwork Reliance decided not to pay the bill because as Mike Travers said Peak Savers thermostats are a pain in the ### and we don't like working on them. They offered me 3 months of free warrenty to cover cost of belt which is an insult because it didn't cover labour to install belt and their warrenty is useless.

I decided to go higher and file a complaint with Reliance.I sent an email to supervisor of customer relations.( She never returns my phone calls.)Here is her email reply.

have thoroughly reviewed your situation below with the Service Manager. The Comfort Protection Plan you have does cover thermostats; however in your case, you have had a 3rd party, namely Peak Saver, modify your thermostat. This is a program offered by the local utility company. We are not able to work on these types of thermostats. The only options available would be to have Peak Saver come and fix it or replace the thermostat with a regular one. If the latter option was chosen, you would have been out of the Peak Saver program and lose out on future rebates for being part of this. Therefore, unfortunately Reliance will not be able to assist with the costs you incurred for utilizing the Peak Saver contractor to fix the issue with the thermostat.

If you have any other question or concerns, please do not hesitate to contact me directly.


Peak Saver program is being pushed by Utility companies everywhere and Reliace doesn't want to spend the money to train their employees on a program meant to save consumers money and help prevent future brownouts by peaksaver is an innovative program designed to help you reduce the demands on the electricity system. During peak electricity demand times, typically on hot summer days, a signal will be sent to reduce the electricity demand of your central air conditioning system, which in turn helps to reduce the amount of electricity needed by the Province. You won't even notice a difference, and you're doing your part to conserve without incurring time, effort or cost!

I spoke to the contractor from Peak Savers and he said they are not dificult to fix.Reliance just chooses not to spend money to train their people.And why should they when from reviewing the complaints board if a knowledgible and competent third party has to come in to fix a problem that Reliance didn't know how to they won't pay.
When I signed up for Reliance warrenty I was told everything was covered.First time I have to use their service they make up excuses not to pay. Its like the Michael Moore movie Sicko. They like collecting your premiums but when it comes time to pay they find reasons not to.

I recently switched companies to rent my hot water tank. I had been with Reliance for 13 years and another...

Here is a company that doesn't care at all for its customers. We pay and pay for water heater rentals and service. Then when you actually need service they CHARGE you again.
Our two year old had unknowingly turned off our water heater so we end up calling reliance. They charged us $90 just to turn it back on saying that it wasn't covered by the years of payments and they were quite rude about it. This is ridiculous.

Hello everyone, I really would like to let people know how Reliance manage their business. I was renting...

I have just moved to Ontario and have been exposed to the scam of the hot water heater rental business. On arriving I received an invoice for $35 from Reliance Home Comfort to set up an account (what other business charges you to open an account with them?). I have also been informed that my quarterly rental charges for a hot water heater are $38/qtr - this for a hot water heater that is more than 12 years old. If I want to get rid of their heater and buy my own, they want to charge me $200 to close my account, and $125 to remove it from my premises.
How can anyone get away with this kind of criminal behaviour?

I have had reliance to my home to fix my furnace 5 times in one month. They have been unable to diagnose the...

It's saturday morning. I'm sitting in a freezing cold house as my furnace stopped working last night around...

The water heater started leaking on friday, was noticed on saturday when after running the tap for more than...

Reliance Home Comfort
18
%
Not bad, but could've been way better. This company does respond, but not as often as you'd expect them to.