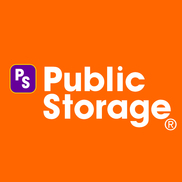 Having problems with Public Storage?

ComplaintsBoard.com is not affiliated, associated, authorized, endorsed by, or in any way officially connected with Public Storage.

Act [protected] 1) 3 months ago I changed my credit card at PS. Received a collection call from Ben at Property...

Jo the mgr. Rebecca the district mgr. Are horrible and thieves they hire thieves and they cover for them also...

/Good Afternoon,
I am writing about at violation of my rights! The storage facility did inventory without permission, 2) The sold my unit before 9/19/13 the date listed on the invoice listed below. 3) The Regional V-P Dan refused to give more infomation
Customer Information

* Future charges apply only if Public Storage has not terminated your lease due to payment default.

A storage locker was rented and was 30 days past due. Full payment was made only to have the employee kate refuse to remove their lock for 45 minutes. She then told me i was a f****** idi****-and refused to give me insurance papers to file a claim for missing property. I understand that being late has consequences--yet after the entire debt was paid--to have to deal with her on top of missing property crosses the line.

Public storage is nothing more than a sales/marketing organization disguised as a storage business.
The personnel move from facility to facility. It is heavily sales scripted. When you first make the call to the 800 number, in a matter of minutes you will get the feel that you are in a car dealership. Once they get your information they will make an appointment at the facility of your choosing. When you arrive they will prequalify you for the storage unit based on a series of questions and then take you around in the little golf cart to the storage unit based on the questions you have answered, very similar to the car dealer. Then when you return to the office they will try to close the deal and get your money. If they don’t get your money that day, they will make a sales follow-up call using another one of their employees to pressure you into a decision.
They have a very sophisticated phone system. Once they have your phone numbers don’t try calling the 800 number back to reach the corporate office for any reason; it will only ring at the facility you visited.
When I first checked these guys out I did not find any bad reviews at first and then I returned and Googled “Public Storage Reviews” and I got hundreds, no kidding. Oh and the “$1 First Month Rent*” is nothing more than a scam. Don’t just take my word for it, go to this site and read the “Top 301 Complaints and Reviews about Public Storage” at consumeraffairs.com.

www.publicstoragereviews.com — they started to overcharge me and no one warned about it

I used the services of the company www.publicstoragereviews.com. I paid money for the storage, but these...

I too am frustrated with Public Storage. I've been a customer since 2010. I was pressured and told that I had to carry insurance. I was also told that I had to purchase their locks. My unit doors did not go all the way to the ground so water came in every time it rained. They eventually ended up replacing the doors but charged me for new locks. My unit was also broken into and no one seemed to care. They said since their facility was gated they weren't responsible and their insurance didn't cover anything. Including damage to the doors. I even had to purchase yet ANOTHER new lock. I filed a police report but the police officer even said nothing ever happens in these cases and even said it was probably an inside job. My rent has gone up drastically every year to the sum of a 45%+ over 4 years. There has to be something we can do to fight this. I am moving my stuff at the end of the month after yet another increase was just applied to my account. Public Storage is a horrible company. They should not be allowed to take advantage of people this way. RUN far away from this company!!!

The many complaints of high-pressure sales tactics regarding insurance, padlocks, inadequate security...

This company preys on people desperate for storage space when moving. They charge an excess amount because they can. They add extra fees, require the purchase of a 'special' lock and increase rental fees without notice! Upon move out they charge for the entire month if you move out after the 6th of the month! What other company gets away with these unethical and morally wrong policies???

The Brits have a pejorative term for a person or company that engages in cunning and sneaky behavior that i...

publicstoragereviews.com — no one helped me and I haven't received code

I subscribed for the services and storage from the website www.publicstoragereviews.com. I needed to enter the 5 digit code, but no one provided me it. I sent multiple emails to them, but no one replied. I still didn’t get how their website worked. And it was really disappointing that no one replied and helped me. I don’t recommend this website. Please, post comments about your experience on this website and do you get any help from these people.

Since the company purchased Shurgard, the profits have gone up in direct proportion to the rent increase...

It appears to be the consistent business practice of Public Storage, headquartered in California, to leverage rent increases against their customers once they have their customers belongings as ransom against objections or protests against outlandish rental increases. It appears that it is a business approach that is practiced nationally by this business, which also is exempt by its incorporation status from paying federal income taxes.

Public storage of alexandria, va unlawfully auctioned off my storage unit last year. They failed to comply with a virginia self-storage law that says a company must notify a storage unit tenant in writing, with a registered or certified letter of the impending auction even after sending postcard notification via regular mail. If you have been the victim of a shady auction practice in your state, google "self-storage laws in [your state] for detailed information on that state's requirements. If your company did not follow that state's law, you should consult an attorney and see if there are any class-action lawsuits in that state.

The following are links to legal proceedings around the country, so do your homework-they will be on the hook for the value of the contents of your unit if you act quickly:

Also check out [redacted].com for more complaints against public storage or your storage company...

This particular storage facility is a dump. Its dirty, they never clean the bathroom or sweep the floor...

Public Storage does not care about long term customers. Typically, when you rent something long term and are a good customer (always pay on time, never cause any problems), the renting company will give you a good deal and will normally not raise the rent every year.

Well, it seems that public storage only cares about making money. I have been renting a storage unit for more than 6 years and the rent has gone up by more than 10% EVERY year. I called the customer service line and they say that my rental rate is below the market rate so they will not allow the rate to remain the same. (no courtesy holding of the rate or good will)

The company is taking advantage of the fact that it is not easy to switch storage unit providers. They probably have analyzed their historical data and know that people remain in units for so many years and don't move out. Customers (such as myself) are between a rock in a hard place ... do I take hours/days out of my life, rent a moving truck, and put my belongings in a different storage company's unit nearby so I can save $25 a month? Probably not ... and Public Storage knows this so what they are doing is borderline criminal.

I think people should unite and either petition for laws to protect storage unit consumers .. or .. file some sort of class action suit.

There should be a maximum that rent can increase every year ... something under 5% ... or something based on inflation or treasury bonds.

Have been renting a storage unit from them for 2.5 years. Rent has increased by 25% during that time. Also...

Public Storage
10
%
There is some slight activity coming from this company when it comes down to resolving complaints, but so far it's neither timely, nor relevant.