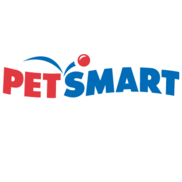 Having problems with PetSmart?

I am a trainer and went to Petsmart to help one of MY students find the proper collar type. I was told I was 'training" in the store and escorted out on Saturday May 17, 2008 in front of 50 plus customers and my student.
They could not produce the business cards that were supposedly scattered throughout the store.
Their district Manager and the 3 customer service people I dealt with in the last two weeks were the rudest, most uncaring people I have ever had to deal with.
I am not associating myself with them any more (after 20 years if using them) and telling all my frieneds about the situation.

denied service and care for cats!

One week ago, my husband and I were informed that our apartment building needed to be sprayed for pests. So...

Pets smart groomer dislocated our 6month old toy poodle's left shoulder and pulled ligaments. Maggie has been in body case for 7 days. Today she is now limping a week after body case removed. Vet has stated our puppy will now live with this injury for the rest of her life. She limps always and tires easy. My husband and I are retired and are just devastated by what has happened to our baby. We have let everyone we know what has happened, everyone is so angry to hear this. We want pets smart to come forward. They have ruined our puppy's life. We are on a fixed income and can NOT afford to pay all these vet bills.

My dog was boarded at Brea, CA PetsMart for a couple days while I went away with my husband for his birthday. Second day we were gone we received a call about our dog. He was injured during play time, and it was not an emergency.
When we went to get him, he could not walk on his hind right leg, the vet says he has torn is meniscus and possibly has a hip fracture. My dog is a pure bred Golden Retriever and is in pain all the time. He has to go to a doggie orthopedist for surgery. Petsmart says that they are not liable for my dogs injuries and it was just an "accident". Fair enough accidents happens but it was on their property and 2 other dogs helped to cause the accident.

My 15 month old dog will never walk properly again and will probably never be able to go to the dog park or play like a golden should. I will sue them if need be, they need to do the right thing and cover my pets medical expenses completely.

how many more dogs need to die because of their lack of knowledge as a vet hospital?

I took my dog of 14 years to Petsmart Banfield Hospital due to my dog not feeling very well due to a tumor she has had for 2 years.

After the doctor at Banfield Hospital, Examined Kesha with Blood and UltraSound Kesha was given many pain medications and tumor medication as well as a shot given to her at the office prior to me picking her up at 5:00 p. m.

By 9:00 that evening my dog that was fully in okay health walking, eating, barking a normal dog at 14 years old was now no longer able to even walk, eating, or even drinking water. My dog went from being okay to now on her death bed.

Within 12 hours, I had to put my dog down. I know for a fact it was because of the medication that was given to my dog that made her system fail. Banfield Hospital needs to be shut down.

How many more dogs need to die because of their lack of knowledge as a Vet Hospital.

went to petsmart for a halloween contest in manchester n. h. on south willow st. oct.23 6-8pm. on arriving shortly after we were told all to walk our pets around the store in a parade so their costumes could be judged. I was rudely insulted when at the last minute a dog showed up wearing the same costume as my pet. keep in mind this dog was not in the parade came out of nowhere and won the contest in no less then 2 minutes. I was discriminated with no shame. your employees were the judges of coarse. NOT THE PEOPLE I felt it was all set up and the winners were relatives of the employee JUDGES. Ive been to other contest were the PEOPLE VOTE not the employees that way it keeps it from being DISCRIMATORY towards anyone. I now will take my buisness elsewhere. this will be the last time PETSMART DISCRIMINATES ME

I was recently in a Canadian petsmart store, that has apparently taken over all the Canadian owned SuperPets that I used to shop at. The food I have had my dog on for over 6 years is now not carried because of the buy-out by PetSmart. The breeds of birds are no longer available because PetSmart only uses certain breeders. Some of the staff was the same, but I was told that a lot of them had already quit because of how PetSmart treats their own employees. Others had already been fired! It has upset me greatly to see employees who worked for SuperPet for years, whom I have personally dealt with, have to leave their job because this American company has put so many demands of them. One staff member was telling me that any one who works on cash, must get 65% of the customers that come through to sign up for these "pet perks cards" if they don't get their mandatory 65% then PetSmart can fire them! How absolutely ridiculous this is... and this is just one of many things I found out about what this company expects from its employees. I will not shop at this Company ever again, which I must say is very sad since I actually had a personal relationship with some of the staff while it was SuperPet. What a shame that this Canadian owned SuperPet chain sold out to a American owned PetSmart company that cares nothing about their staff or customers.

petsmart - not smart about customer service

This company is all about profits, no customer service values or
healthy outlook towards pets. Today I used a manufacture coupon at my local Petsmart location and I was asked to pay the taxes on a free bag. I have never heard of or seen anything so tacky and in such poor taste in all of my life! This
gave me a really low impression of Petsmart. This was just embarrassing! I take manufacture coupons at my work all the time and I do not ask my guests to cover the taxes. As well I have used coupons before at smaller pet food retailers (Bosley's, Save-On-Foods, to name a couple) and this has never occurred there, so why at a larger chain where one expects to be treated better?? This just reinforces the idea that larger chains are all about profits and not about customer service! And no, there was no such fine print on this coupon - the coupon said it would cover up to a certain amount and that amount would have covered the taxes I had to pay! And on top of it all the cashier was rude and pushy about it and was angry with me for giving my other coupon to one of their other customers!

Here was their official reply:

Dear (and here they copied my email address instead of typing my name). Thank you for your email.

We apologize that you are upset about paying sales tax on the free bag of food. Unfortunately, any coupon used, regardless of the amount does require that the consumer pay the applicable sales tax. This requirement is typically listed on the fine print on the back of the coupon and is a law we are not able to override.

If you have any further questions, please contact us again.

My husband and I had taken our Yorkie to PetSmart for grooming over 1 year ago and received terrible service...

We had taken our kitty boo boo in for a trim. The groomer said that she could only do a lion cut, and showed us a picture of a nice cut. We agreed to have our long haired cat trimmed in the lion cut. When we returned to get out kitty, they had him in his carrier. We had to pay, more than they quoted us in the first place, but when we got home and removed him from his carrier, he had the most horrible cut and shaven job i have ever seen on any animal. The coat was shaven, in sections with all kinds of lines. He looked like a zebra. The hair that was left on his legs, and undersides was all jagged, choppy, and looked just like they took there had and pulled a bunch out. Some was 1/2 inch, and some was over 2 inches. He has been totally traumatized by this and is not himself. He has been hiding in the bathroom ashamed of himself ever since we brought him home. Do not groom your cats at petsmart, as they do not have the proper training on how to do our wonderfully, loved kitty pets. When i called to complain, they were rude and nasty and said that the cat was squirming, and that if it had been his 36th cut, he may have looked better. I demanded a refund, and they did however tell me that they would credit my account.

not satisfied with their services!

Never take your pet at Petsmart grooming. I took my cat there for a full grooming services and they...

PetSmart
1
%
Doing nothing would be this company's favorite pastime, if they had the energy for it.