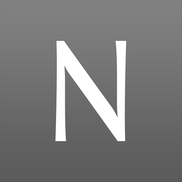 Having problems with Nordstrom?

ComplaintsBoard.com is not affiliated, associated, authorized, endorsed by, or in any way officially connected with Nordstrom Customer Service. Initial Nordstrom complaints should be directed to their team directly. You can find contact details for Nordstrom above.

Use this comments board to leave complaints and reviews about Nordstrom. Discuss the issues you have had with Nordstrom and work with their customer service team to find a resolution.

I have an extremely disappointing experience to share at the Roseville Nordstrom store. I tried to exchange a...

It is a shame that good customer service can be so inconsistent within the same company. I recently received...

A few weeks ago I went to the Kiehl's counter in Nordstrom to buy an eyecream. I was in a hurry so I just bought whatever the SA recommended. When I got home I saw that she had actually sold me a serum with absolutely no moisturizing properties at all! Well today I went to the counter to try to return it. The SA who was this dried up 40 something gave me a lot of attitude. She took the product out of its box and actually squeezed it. She said that it needed to be 75% full for me to get a refund...and she squeezed about 10% of it out! It was just so gauche, I was in shock! A ### SA sold me the wrong product and this even [censored]tier one wouldn't take it back. I was so tempted to make fun of her ridiculous flower/feather hair accessory (which is so 2007), but I didn't. I spoke to customer service and they fixed things right up. While the second lady I spoke to was darling, I am boycotting Nordstrom. It makes me sick that they have the worse customer service I have ever seen! The ###'s last name was Miller. I forgot her first.

While visiting the clinique counter at Nordstrom, I was approached by a very sweet woman whom identified...

The complaint has been investigated and
resolved to the customer's satisfaction
Resolved Nordstrom — totally disappointed!!

I am totally disappointed and displeased with my latest online purchase with Nordstrom. I purchase two items (Michele Watch and Juicy Couture Hat & Scarf set) which totalled $216.87. I paid for the items utilizing a $200 Nordstrom giftcard I received for Christmas and paid the remaining balance of $16.87 with my Visa card. Unbeknownst to me, Nordstrom charged the entire $216.87 on my Visa card, plus took the $200 off of the giftcard. I immediately called Customer Service to find out why. I was given the run around and noone could tell me why or how this happened. I still have yet to receive my money back. Each representative that I have spoken with tells me she will handle it and get back with me. I have left my phone number several times and I still have not heard back from anyone. This experience has become a headache and I am sorry I ever visited their website to shop. I will NEVER shop online with Nordstrom again.

I visited Nordstoms earlier. I went to check out their Uggs. I asked them to get a the Bailey Button in size 7. First time I come they give the wrong style. Then they give me one that has a defect to it. Then on the third day I come again. Then they come again. They give me the boot. They assured me that it was size 7. I've owned uggs before so I know my size. I also came the other day to try it on too. I thought that it was a little to big. They assured me once more that It was size 7 and that nobody has ever worn it before.

Maybe next time, they should be more careful of reading the style on the side of the box, checking to see if the shoes are okay, and then check the size too.

I love nordstroms but whenever I go there something always goes wrong. From the earrings to the Juicy Couture Jacket to Uggs...

I placed an order on Nordstrom.com on a pair of Hudson Jeans. When I received the jeans after waiting...

Nordstrom
11
%
There is some slight activity coming from this company when it comes down to resolving complaints, but so far it's neither timely, nor relevant.