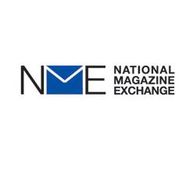 Having problems with National Magazine Exchange?

Told my mother she "won" a sweepstakes" - even chose the magazines for her! Of course, a subscription was a...

Sweepstakes - this should be illegal. I was told I would get magazines to try for three months. I said I didn't want them and was talked into "just" trying them for three months. As she was ending the call, she said I'm also throwing in...blah blah blah. What I got was magazines I never heard of nor would I order: Vixen, Latino, etc. Now I'm being charged hundreds of dollars. When I just called, Jerrald #49151 rudely told me I ordered them and paid for them and there was nothing to do. He said "Well you got what you paid for" I demanded to speak to a supervisor-- Charlene --of course, she was not there. He said he was in charge. He wanted to know what my credit card number was -- why??? they obviously have it cause I can't stop them from charging me.
I demanded to talk to someone else. He put me on hold and told me to fax my statements to Hazel Bishop for refund if they damed so. I don't know where the company is to turn into the BBB.
Does anyone know where this company is located?

I recently entered a 2 Million dollar sweepstakes by telephone from Clearwater FL [protected]. They...

National Magazine Exchange
0
%
Doing nothing would be this company's favorite pastime, if they had the energy for it.