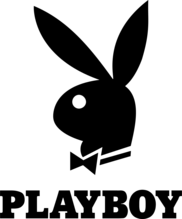 Having problems with Playboy Enterprises?

I have been a very content subscriber for many years to Playboy Magazine.

But i have not received the last to issues.

I have send many emails to your pmoy email, but bot getting any answer, so I hope you can help me.

If it is not you who can help me, please direct me to who can.

My name and address:

My name is Robert Simmons, I have a paid 2 yr. subscription and I have not received an issue since 2017. I...

Playboy Plus — playboy plus

I did a photoshoot with Playboy Plus in 2013. The pictures were published in 2014 online. I signed a model...

You have a person streaming on Twitch.tv under the name "Hollytwolf" claiming she works for your company. She has sat numerous times and verbally bashed America and its political leaders for long periods of time in obscene ways and also wished harm to some of them. Surely you do not tolerate this type of behavior from your employees being a company based in America with such a long history here. Please do something about this "employee" soon before she smears your company even more publicly.

Playboy Enterprises — concern over playboy party to be held in muscat, oman on 6th october 2017

Hi there, ​ ​Subject : Concern over Playboy Party to be held in Muscat on Friday, 6th October 2017 at Grand...

This magazine online fraudulently post since 2010 falsely that amber brietzke is a playboy model. This is a...

I have been receiving playboy magazines for the past 3 months to which I did not sign up for. Somehow they have gotten my account information and have started charging me every month along with Rolling Stone Magazine and Alternative Press. I never agreed to pay for these magazines and even changed my bank card so that i could not keep getting charged. Yet somehow they have still accessed my banking information, a complete violation of my privacy. Please stop sending these magazines and charging my account!

Two months ago i paid for a 1 year subscription for Playboy Magazines and never received Any Magazines! I...

A letter to Scott Flanders
Mr. Flanders,
Yeah, the Icon evolved all right. It feels like watching your favorite movie on broadcast. “Stimpy! What were you thinking?” I give you a vote of “No Confidence” in your leadership and vision to the future of Playboy. Daddy used to say: “If it ain’t broke, don’t fix it.” Even the article trying to justify the change is a one-sided argument with which I disagree. That you can see anything with the click of a mouse… Sure I can, but I don’t want my computer where I read Playboy and that isn’t why I subscribe. I like to hold the magazine and turn the pages. I have loved Playboy most of my life and have been a subscriber probably since Laura Richmond back in 1988, with only a few lapses due to life. In the closing paragraph of your cover letter enclosed in the March issue it says “We are exceptionally proud of the end result…” You should be ashamed! Every man I have talked with about this change twists his mouth and shakes his head. “But there’s much that has not changed.” Style and format decisions even down to switching the bold type to de-emphasize the person and elevate the position on the staff have made the first issue AC (After Change), with the exception of Playbill, much less colorful, rather boring and amatuerish. Even my wife said so after flipping through it. My overall impression is a big “Boo Hiss!” More of the same for issue 2 AC. Oh, in my opinion, cigarettes are un-sexy. You should take lessons in G formatting from Maxim or Sports Illustrated, but I don’t want another magazine like that. I want Playboy with beautiful naked women, and there isn’t even a nipple in this issue. So what, that you made it wider and are using a heavier paper. That the cover stops about 6mm before the rest of the pages is making said pages fray from trying to like what you have done to butcher this magazine made for Men 18 to 80 as Hef said in the first issue. You have removed nearly everything I have loved about this great magazine. It has ceased to be Entertainment for Men and you even took that off the cover. I have always, in fact, bought it for the pictures, and I get to the articles too. Every month (at least, until there came the summer/winter doldrums of ten issues a year), I could look forward to seeing stunning maiden-form in tasteful glory. But I also enjoyed so much more, for which I have searched this March issue page by page, to not find. Not one cartoon but what was in an article on Jay Howell. What about Olivia? I found no World of Playboy, no Dear Playboy, no Forum, no Feedback, no Raw Data, no Becoming Attraction, no info on Next Month and no Party Jokes. WTF? Advisor is now one person and reduced to one question instead of the 8-10 from the team. Playboy has always portrayed women of beauty as having intelligence, power and confidence. I have enjoyed Mariel since Lipstick and her pictures in Playboy showed a very dynamic woman. Her daughter Dree is also a very beautiful woman, but you portray her as embarrassed to show herself. Whatever market you are trying to pursue, you have blown it with the one you have, and I am disappointed that I have so much more time on my current subscription. I likely will let that run out and will not re-new if this once-awesome magazine remains so under-whelmingly “evolved.”
Sincerely,
Donald Boyce
Silver Spring, MD

Been a subscriber for many decades and when you changed from 12 to 10 issues and still charged for the 12 I put up with that change. I renewed my yearly subscription and now you changed the whole magazine once again and for me not for the better. I know change can be a good thing, but this is not what I signed up for. You have taken an Iconic Magazine and turned it into just a plain boring read that I can get anywhere for a lot less. If I knew that this was going to be the future of PLAYBOY I would have never renewed and based on the change I feel I should be reimbursed my fee since this is not what I thought I was purchasing.

I just received the newly formatted magazine and it is very disappointing.I knew about the nude model removal...

Playboy — changing the product from what I subscribed to.

I ordered playboy because I enjoy beautiful naked women. Playboy for years had beautiful women naked. I just...

I sent in: a copy of the playboy billing which stated $12.00 & received a Playboy bill that I was being...

Online Playboy Enterprises Inc. — fraudulent charges and no communication at all

I visited the website Playboy Online Playboy Enterprises Inc. They offered free trial, and I needed to pay...

I am also receiving unsolicited issues of playboy magazine at my home. I did not buy any subscription from anyone at any time, but have had three issues have been delivered to my home. I took all unopened back to the post office and told them to return to sender, the postal worker gave me a bad time about it !!! Can you believe this c***? Have been looking online for playboy phone number to call them, with not much luck. Found two phone numbers, called 1st number and it just rang and rang forever, called 2nd number and a automated service answered "welcome to Bank of America!!! off of a fricking Playboy website ! What do I have to do, what the heck is this world coming to?

I ordered a one day trial for $1 and then received two $40 charges on my credit card bill. When I called only days after the initial trial, they were extremely uncooperative, and claimed to have sent me an email with terms stating that if I didn't cancel I would be charged, and are flat out refusing to do anything to refund me. This a complete scam and I need to know who to talk to in order to get this resolved.

Playboy Plus — breach of contract

I have paid Playboy Plus for 2 years subscription not 1.5 months, I am getting pretty pissed off as they aare...

The complaint has been investigated and
resolved to the customer's satisfaction
Resolved Pei Playboy — stop sending these magazines!

These magazines started showing up at our automotive shop and I can't seem to get them stopped. Doe...

Someone is sending Playboy magazines to my home unsolicited. I have 2 teen sons and I do not want them...

This pathetic loser is named "DOVE." He is a playboy manager of many girls in LA and Canada. His real name i...

Playboy Enterprises
35
%
Not bad, but could've been way better. This company does respond, but not as often as you'd expect them to.