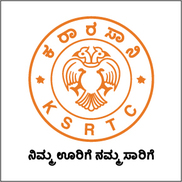 I used KSRTC online booking facility for the second time. First experience was good (except that initially...

KSRTC — Charged from credit card but tickets not booked

Through this mail I want to bring to your attention, high amount of irregularity in the payment. I had tried to book tickets from Bangalore to Mangalore unsuccessfully on 28th April 2007 with my ICICI Credit Card . I tried it two times but the bookings could not be made. But still I found that payments have been charged twice from my credit card.

Ultimately tickets were booked by using HSBC card with PNR no Z01076281. Even these tickets were canceled on 5th May 2007. I am yet to receive any refunds for this either. My user name in KSRTC profile is ashishmalik1982

Kindly look into the matter urgently as I am charged with 1680 Rs in the ICICI credit card where the tickets have not been booked at all and Rs 840 in HSBC card where tickets were booked but canceled later on.

Also the promised 50% refund of the canceled ticket has not come in the HSBC credit card (No is [protected]).

KSRTC — Duplication of tickets to passengers

We traveled from Thirthahalli to Bangalore on 13th May 2007 by KSRTC Rajahamsa Bus running from Agumbe to Bangalore. I had booked the ticket on 3rd May 07 thru e-booking for seats 1,2,3 &4 from Agumbe to Bangalore. In spite of the tickets being reserved by me, the conductor had issued the tickets to some other passengers for the same seats. Upon my arguing with him for my seats he mentioned that since we did not boarded the bus at Agumbe he thought that we have cancelled the booking and allotted the seats to others. He went on arguing even though he knew that it is his mistake and probably he had collected money from those passengers and might not have issued the tickets. He was very arrogant and adamant in his response & talks with us and he was behaving as if he owns that bus. I understand that if the passenger does not board the bus in next point from the boarding point, only then those seats can be allotted to some other passengers and not immediately at the boarding point. Bus Regn. Number is KA01-F8058 and Conductor’s name is Kumarappa.A.K. & his Staff Code is 2607.

The sad point is out of 4 of us, 2 were ladies and all 4 of us had to travel standing till Shimoga. At Shimoga 2 seats were allotted to us and rest 2 traveled standing up to Bangalore.

Even though I called Thirtahalli Police station they did not respond at all.

I travel occasionally by KSRTC (Karnataka State Road Transport Corporation) and it was a welcome relief that...

I am a frequent traveler by KSRTC busses on the Bangalore – Kanchipuram route. I had booked a confirmed return ticket from Kanchipuram to Bangalore for 25/02/2007 by KSRTC bus at Ramya Associates, Bangalore. The ticket No is 1686392, bearing PNR No.Z14939444 and Tripcode 2300KCPBNG.

The bus with the aforementioned trip code was scheduled to depart from Kanchipuram at 23.00 hours on 25th Feb. 2007, when I reached the Kanchipuram bus stand at 10.35 p.m. on 25/02/2007, I found that the bus was not available for boarding at the bay and continued to wait for the bus near the bay under the impression that the bus had not yet arrived. At 11:45 PM when I inquired, I was informed by the people that the bus has left at 10.15 p.m. as the bus was full.

I had a bad time traveling back to Bangalore as I had to board an auto to reach the White Gate at Kanchipuram Highway, then took a bus going to Vellore, from Vellore boarded another bus to Hosur and finally took a bus to Bangalore from Hosur. The entire journey between Kanchipuram to Bangalore I have traveled standing. I had a sleepless and a tiresome night.

I request you to answer the following questions keeping the above aspects in mind:

1. How can the bus depart before the scheduled time of departure without a passenger who is holding a reserved and valid ticket?

2. Who is responsible and would compensate for all the trouble that I took to reach Bangalore without any fault of mine.

3. Who will bear the extra expenditure that I incurred to reach Bangalore?

Karnataka State Road Transport Corporation [KSRTC]
36
%
This company is on the right track to keep up with incoming complaints, but there's still plenty of work to do.