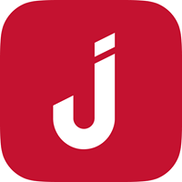 order not received and money refund

As i was browsing my account earlier today, i saw 3 transactions made from your company, i wac curious about...

my shipment was returned to jollychic.

I'm really angry and frustrated at the disgusting customer service provided by JollyChic and their shipping...

still waiting for the rest of my products

Why did I recieve 2 out of 15 things I ordered and its taking very long and I dont know wether I will be recieving amd through which courier. Unacceptable for a regular costumer.

You make a costumet unhappy and dont know wether to trust you or not. Am I going to have to wait a month till the rst of the things arrive? Why dont I revieve everythin all together

Good day, im making complain about my order from Jollychic. And its too much, your giving estimated time of...

Hello, I've ordered some items from Jollychic, and my parcel was in Kuwait 21 November.Nobody deliver that to me, so I start call them from 26 .11.2018and until 14.12.2018 and request delivery, everyday by myself.I called your company in Kuwait and explain them, I need to recieve that before 14.12.2018, because I traveling after that.They promise me many times that my parcel will be out of delivery.But everyday I cheked, isn't out of the main office in Kuwait.I called Aramex everyday during two weeks, and few times I called Jollychic, but nobody gave me my parcel.They star call me when I was on my way to airport, actually I told them that I suppose to travel 14.12.2018, they call me same day regarding delivery.Now I'm not in Kuwait, they sent my parcel back, they told that drivers called me several times but I did not respond.Now I can't order anything again because lots of items out of stock, my COD blocked.I have all of this troubles because your team in Kuwait and Aramex team is totally not respectful.I made complaint for Jollychic, they answer me one time, but after I sent them two emails, they not respond!!!They gave me track shipment, where mentioned that Aramex called me but I not prepared my cash to pay!!!They are liars!!its never happened!! 8 December they said I responded but they are liars again, I didn't talk to anybody!And your team in Kuwait don't want listen any explanation, they simply trust Aramex.They are very garbage.Please fix this issue, your team in Kuwait will do nothing for that.Im not sure that I will order anything again, I shocked from the service

Hello Jollychic!!!
Last Saturday I ordered some clothes and then I had to leave the contry the next day and I got a text from Jollychic that says I have to confirm the order in order for it to proceed and if I didn't it will automatically be canceled. Keep in mind that I DID NOT confirm I really DID NOT. I don't understand how this prestigious online shopping application decides for me. I want my order to be canceled immediately as I will not take any responsibility in paying for something that I don't want anymore. My COD order is JI181125061043402946120. Please be kind enough to help me cause honestly I just don't want you guys to come to my house and find no one .

my order was cancelled without send me information before

unfortunatly i use this way to tell you how unhappy i am with your service this time,
i have made a order # JB181116204430145396120 and you haved cancelled severeal time,
but the last one i dont accept it because, i alredy made the payment.

and dont tell me that big LIE that you send a email to me to confim the orden CUZ THAT IS NOT TRUE. I WANT MY MONEY BACK . OR MY STUFF

and also i want my money back from the returns from my first orde you havent send nothing to my acoount YET.

Thank you for this bad experience, the purchase you cancelled was supposed to be a HAUL in youtube for dominican republic to visit your web page.

I placed an order for 10 items and here is my order number (JB18110716542171380880) since I received a message that my order is ready for shipping. I tried tracking this order on Jollychic website below is the message I got.

I can't access their site anymore, I $170 for this orders. It's annoying. Scam Scam

Dear Client, i would like to sorry regards the mention subject items are wrong selected of size due to...

I have ordered a watch from your website (jollychic ).
Hence I receive my item today but they're some scratches on it.
So, therefore I request you to replace it with a new one.

Below is the details :

Please assist me at the earliest

I am very disappoint I'm going vacation after tomorrow I don't have much time and i got the damage...

Hello ;
I want to complain about something that I was not expecting .
They told me that a gift comes when ordering for the first time (maybe they did just to attract people) ; I got all the things received but not the gift!!!
Actually one of the things that I wanted to recive is the gift because I needed that item and I was happy to get it free as what they offered !!

It's simply rubbish
I ordered XL and L but all the clothes r XS and M
I spent a lots of money behind this rubbish jollychic and when I want my money back to they r giving me just 1.500 kwd (Kuwait money)
It's called robbing not a business
In Ramadan month we r playing to the poor people it's called jakat so I paid this money for jollychic
And I wish one day jollychic owner will b on the street coz robbing everyone
[censored]

items received not what I ordered

I order some items from jollychic ans in photos looks everything so nice but when i received the parcel OMG tottaly different i got scared i thought i got pranked small sizes all shirts including the shoes and some with stains and not in the original packing!
On top of that i wanted to make regund they said i need to go in dubai in their warehouse (im living in abu dhabi) all on my expenses !is my mistake?also the delivery took 2 weeks! Dont waste ur time ordering from jollychic.

A delivery boy of jollychic wanted to buy my laptop which I posted online. He contacted me and made a deal...

I had placed an order 4 tops from jollychic. It is with great expectation I placed these orders. I was excited as the products looked good on the site. My friends had in fact warned me and told me about the bad service of this company. However I didnt listen. However when I received the products, I found that products were not as described by them; one top was damaged, one was of completely different color, one of small in size, one was totally different looking. I took approval for return, wherein I mentioned all the reasons for return. Got approval, however in the approval mail they mentioned that return is at my cost. I contacted their customer service agent and explained everything. Told him why should I bear return charges as the mistake was jollychic's. I didnt get any satisfactory reponse. After several continuous follow ups, they said they will bear return charges, if they found the return was due to their fault. I was happy as I was sure about their mistake. However after receiving the goods, they refunded the purchase price after deducting a good amount towards customs charges, without adding my return charges. When enquired they said, they didn't find any mistakes on their side and accordingly return charges cannot be refunded. I asked them sending damaged goods is not a mistake? No answer to that.

I lost all the money I spent for this order... What is my remedy. How can we stop such cheaters; who post incorrect and misleading information on their sites and cheat people by sending incorrect and damaged products

I am very disappointed for the dishonesty and misleading information provided in jollychic website.

I called their customer service which confirmed to me that the items will be shipped from China because they are out of stock in Saudi store and due to the Chinese new year holiday shipment may take up to 15 days.

After writing to their customer service a big complaint, they canceled the order rather than Shipping it from Saudi store!

Now I am trying very hard to make them refund the money they charged my Visa card I provided them with bank statement proofing to them that the amount has been charged but they are not even responding to my emails!!!

They only have big name but in real life they are just very dishonest and unprofessional.

i ordered clothes from jolly chic but yesterday when i got the order i was really shocked all items are wrong size i ordered XS they sent M and S size the shoes also i ordered 37 they sent 38 and the quality of clothes was awful .i still could not believe that you can do this to people i paid 550 Durham and its a big amount for these items that you sent . i want you to refund my money i will not even wear these clothes they look very bad and unsuitable for me .

JollyChic.com
0
%
Doing nothing would be this company's favorite pastime, if they had the energy for it.