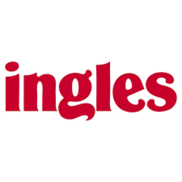 Having problems with Ingles Markets?

There is several reasons I will not shop at this Ingles. First the manager Kevin Byers. He is very rude to...

I had stopped by to pick up few groceries and was leaving the produce area to heading to the Deli Dept and...

letting employees do what ever they want, and the store managers.

store manager is clocking him self in and out to go play in pool tourments. sexual conduct, one 16 year old...

Every time I go in there the managers are RUDE. No one in there has any idea how to run a grocery store. The...

Over the past 2 months I have been at the Ingles in Barnesville Ga @ had the Ingles Brand of dog to break before we had it loaded. The last time, one week ago I was going to purchase the food and the bag I picked up was taped together, it had broken as well and food missing. I have as well witnessed other patrons loading the same food and the bags bursting. I have lost food in the parking lot and had to scrape up what I could. I do work for a company that could ensure no broken bags. therefore no customer complaints of this sort.; Exopack [protected] ask for George Warren.

I am very frequent shopper. I just was getting a package of croissants from the counter and looked over at...

The bakery dept is really dirty. The manager stated he fired all the ex employees, but kept some that had...

I work at the Ingles in Winder Ga. There are a lot of nice people there, but the store manager i...

I have been a customer of Ingles Store # 102 since it open at its old location (buford Drive ) and the new Location (Lawerceville Hwy) I always love the
store, the management and the employees. However, I visited it on Wednesday Sept. 26 2007. I was very upset with how the store looked the attitude of the employees was very negative. So I talked with a couple employees of the store And
they informed me that they changed management and the "new" Co-manager was not a people person and did not care how he treated employees or customers Such a shame such a nice store is being ruined by someone like this. I will be trading at the Publix store until this problem is fixed.

I have purchased a dozen roses from Ingles for the last 14 months, every Fri. evening. Of late, they die with 24 hrs. the buds fall of and I've even returned to the store's from which I've purchased. I get them from two different stores, one, Dawsonville Ga. and Anderson, SC. where I have two lady friends.

I don't know why your flowers have gotten so bad of late, but I will not continue to spend over $15 a dozen if this is the way your product is going to continue to be.

I, also, will no longer shop at Ingles because of this. Their product is totally unacceptable!

I and many others need fat free frozen yougert ice cream. For a while u carried Kemps by Greene i had bought it at Lowes and it is good. I have been going to BI-LO's in Morganton (when Ingles is very close) I got Southern Home Fat free frozen yogurt. They had special 2 for 6 $. I got 2 van 2 choc and 2 strawberry they are very good. I put one of each in a gallon freezer bagand they save very well. Also i found my friend some black cherry ice cream and black walnut. I have never found black cherry at Ingles.

With other items i spent $40.68. This is the 3rd time i have stocked up since i located the frozen yogurt surely if you add it and advertise it you could benifit from enough sales.

slimy with a bad smell fish

Bought Grouper Fish today (07/12/06) at Ingles Grocery, Clayton, GA 30525. Fish Counter advertised "Grouper - Wild Caught - Fresh"; however, when I opened the package at home I found the fish to be "slimy with a bad smell"!

The Store Manager (Woman) was short, rude and did not indicate that she was sorry for my inconvenience. I have been a customer of this store for the past six years since it opened in 2000 and have not been so rudely serviced in the past. The Store Personnel have always been very helpful, but not this time.

Ingles Markets
0
%
Doing nothing would be this company's favorite pastime, if they had the energy for it.