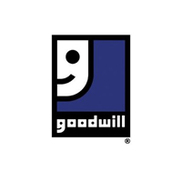 Having problems with Goodwill Industries?

ComplaintsBoard.com is not affiliated, associated, authorized, endorsed by, or in any way officially connected with Goodwill Industries.

The complaint has been investigated and
resolved to the customer's satisfaction
Resolved Goodwill Cargo, Qatar — cargo missing

out of 20 pcs sent from above cargo only 19 pcs have received in booked location Hyderabad. More than one year has passed one pcs is still missing. I would like file complaint for cargo and claim for missing items.
Kindly take strict action against them.

we have been bidding on a 1996 sundance car for over 2 weeks, 1st it was exposed to be auctioned off to the 4 high bidders, then it changed, the title did not come in so they kept it going, then they told us that we had to call every day till the title came in and keep bidding on it, well we did for 2 weeks, then last night when my mom called the woman at the goodwill said the title came in and she had till 12pm today to bid on the car, then this morning they called her and told her they sold the car after they told her she had till 12pm today 2 bid on it, they asked her last night what she was going to bid on it and she said her next bid was 1500.00 well they sold it for 1450.00 i do so believe the manager sold it to one of her friends, this is not right, they have been lying and scamming this the whole time, my mom is 68 yrs old, depressed and crying, not believe they did this to her, someone needs to do something about this, in my opinion the should give the 1450.00 to my mom to buy a car, they get it free then scam people, that is not right, the say they r trying ti help people, that is a lie, THEY R SCAMERS!

Goodwill Industries Of Southeastern Wisconsin — Finally goodwill industries is falling apart since 2009, 2010, and 2011

Please take immediate action to avoid other families getting cheated.He is earning more than 50, 000 by cheating people.
His company name:Goodwill Cehnnai home care services.
Conatct name:Owner Sundar Raj and staff:Devika
His conatct no:[protected]
He send a person one day gets the deposit money (as pe their one month full salary around 80000) and the asks that lady to come back.He send the same lady to act in another house promise to work for one year.He abuses bad words if we ask for money and threatens that he wil file complaint that we killed the lady.Please take action as soon as possible.Worst maid agency.Cheaters they wont provide maid again and the person they provide wil work for a day or two.After that they wont refund the deposit and refuse to even attend call.They abuse cheaply if we ask our money to them.Please avoid this agency (they have branch in ayanavaram, vadapalani, kodambakam) in different names to cheat people.Please Beware.

Goodwill — lay off then what.

I was a Goodwill employee for 3 years and was laid off during budget cuts in a deceitful way. I spent 2 year...

I am working at the goodwill in defiance. I can honestly say not safely that I don't enjoy my job. I do...

Goodwill, Renton, WA — goodwill does not help employees with disabilities

The complaint has been investigated and
resolved to the customer's satisfaction
Resolved Goodwill Industries. Paramus NJ — filthy store

This particular store used to very clean and well-kept. Last two times I was in there it was filthy. Today a...

Donors should be interested in knowing where the profits from the donations are ending up. In Goodwill South Florida, three managerial employees were wrongfully and vindictively terminated after revealing how the vice-president directly violated policy and procedures during the money pickups from the registers leading to a cash shortage (captured in video putting the money in his pocket).The police was given a report of the theft, and the company ordered they stop the case. The law does not protect a whistleblower or retaliation to employees who denounce acts in an immoral or dishonest manner of the directives of the institutions. They can do whatever they want, because it is not the company acting, it is just an employee mistake. In this case was just the vice-president, protected by the president, and he is still “WORKING” at Goodwill, and remains as a trusted vice-president of Donated Goods! Unfortunately no one can stop this monstrosity; all criticize and continue for fear of losing their jobs as the three of us.

Goodwill Of Perry Florida — over pricing

I am on my soap box... I went into our local goodwill to pass the time during the new year. I found a few...

I feel that this is a problem that should be dealt with by goodwill. "Bed Bugs" should not be sold at any...

The Nashville TN Goodwill states on their website that multiple orders will give the buyer "combined shipping charges" up to 20 lbs. but in fact, when it's time to pay your bill you are charged nearly double for your shipping: $14.05 is the discount from a $17. shipping charge. By the time the consumer discovers this it is too late. At these prices, it is literally cheaper BY HALF to buy two new pair of shoes from a local store--or local Goodwill where you have the option of pick-up. No matter how you cut it, this "combined shipping" is nothing more than a scam that leads the consumer to believe if they buy more they will pay "combined" shipping. Recalling that these shoes are donated in the first place, the Nashville Goodwill's practices are extremely misleading and just plain WRONG.

Alleged unfair treatment and termination of workers due to alleged relationship between Mers Goodwill-Marvin Washington and LRL-Linda Lawson. There are rumors of underhanded bidding on contracts and allegedly his son also works for her company. Which may be why he is not allowing fair and due consequences and reprimand's when brought forth.having to go to higher ups in order to get something done.although this is alleged allegations. Just asking for an investigation. Sincerely fair treatment and justice

Over the years, I have contributed thousands of dollars to this "charitable" organization. NEVER AGAIN...

My husband has worked for goodwill for two years. On july 29th 2011, he became so ill, and was covered with...

Since February of this year, I have been faced with harassment from black employees at the Chester, Virginia...

This is to inform you that, you have won a prize money of Two Hundred Thousand Great British Pounds (GBP200, 000.00) in the Ongoing 2011 year International E-mail Draw which was Organized by Coca-Cola Company Of England.

Coca-Cola Prize Redemption Center collects all the email addresses of the people that are active online, among the millions that subscribed to Yahoo, Aolmail, Rediffmail, Gmail, Russian Mail, window live mail and few from other e-mail providers. Winners were selected through Electronic Random Ballot System (ERBS) without the candidate applying or any ticket being sold, Six people are selected yearly to benefit from this promotion and you are one of the Selected Winners.

Winners shall be paid in accordance with his/her Settlement Center, Coca-Cola Award must be claimed not later than 15 days from the date of Draw Notification. Any Prize not claimed within this period will be forfeited.

The following PIN NO: has been assigned to you and you are required to quote it in every mail that you send to us: Coca-Cola - 2011

This numbers fall within the England location file, you are requested to contact our fiduciary agent in England (Dr. Goodwill Alex) with the
details below and send your winning Reference numbers to him;

He shall immediately commence the process that will facilitate the release of your fund to you.

You are warned to keep your winning information to yourself until your fund is released to you, to avoid double claim which will lead to absolute cancellation/termination of Award. We also do not tolerate Laxity and inconsistency in claim.

Once again, We congratulate you for this landmark achievement and implore you with the responsibility of ensuring successful claims. He shall get back to you with the Fund release Directives on our receipt of your personal details as requested Below;

Please, Kindly provide us with the following information for Verification of your Prize;

Goodwill Industries
23
%
Not bad, but could've been way better. This company does respond, but not as often as you'd expect them to.