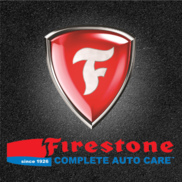 I brought my 2001 Nissan maxima into Firestone for an oil change and for them to see why my car was running rough. After my car was in the shop for almost 4 hours, they called and said I needed all new spark plugs( at 29.99 EACH), 6 ignition coils, and a mass air flow censor, totaling $1800 for parts and labor. I told them that I would like to take my car somewhere else for a second opinion. When I brought my car to another shop, the mechanic at this shop informed me that I just needed one ignition coil replaced for a total of $150 including labor. I had the other shop fix my car, and they informed me that Firestone had added 3.5 quarts more than needed into my car, he suspected that they didnt even drain the old oil, they just added more. I will never take my car to them even for a simple oil change, and anyone who reads this should do the same unless you feel like throwing all your money out the window.

I will never go to firestone again, that was a huge turn off for me

First time at Firestone . My godparents have a credit there. They wanted to give me birthday gift to get me new tires for my new car. Strike 1, there prices are way too expensive! I have one of the smallest tires. (93 toyota camry) Strike 2, horrible customer service no hi, hello, or be with you in a moment... Strike 3, they suck at time management they should'nt accept walk-ins if they have an attitude, and are rushung because they were closing in an hour. But i needed new tires to travel later that night. Strike 4, i drove to concord later that night, got to concord, as soon as i park my tire goes flat and is balled around my hub cap! This is the same tire i got done 4 hours ago that day! My godparents were pissed because I took a picture and showed them i could have got into a bad car accident that night! Strike 5, came to firestone with my car on a spare, showed them a picture they totally tried to ignore me and deny the situation! Finally they gave me a new tire for free with an attitude. I will never go to firestone again that was a huge turn off for me.

yes, they are a rip off

I worked for firestone for ten years i have info about them that will blow the you mind... i am thinking of telling my story to the news about them what should i do?

I have gone to Firestone for years and not had a problem. I had my oil changed, oil pressure regulator replaced and a sensor. My oil light had not been working. I fixed alot to the tune of $800 and 3 months later my car engine froze up on the freeway. I had a 3rd pary dealership look at the car.. the "engine people".. they said there was no oil in the car, the oil light never went on.. so thats why the engine seized. I called the number given to me when I spoke with Firestone and was told that since it was A WEEK over the 3 month warranty for an oil change, they werent at fault. When I said no.. you fixed an oil pressure regulating valve and a sensor as well.. and told me my oil light issue was fixed, whats the warranty on that? A representative of Firestone went to the dealership and "took a look".. on visual inspection he could find no reason why the oil was gone from my car. Therefore they told me they were not at fault.. and if I wanted to pursue the issue I had to have the engine torn apart and pay out of my own pocket to discover why this happened, but they were done with it and not at fault. With NO explanation why my oil was totally gone. WOW.. what do I do now??

Hi im a customer at the florida pinellas county firestone on 49th street and i had a big concern about the...

I bought 4 Primewell Tires 7 days ago and after 5 days of driving on them one went flat. Brought tire back to...

My son-in-law and I worked on his Nissan Frontier, putting on a new alternator and battery that we purchased...

does not report credit limits

I strongly suggest that anybody who wants to improve their credit score NOT get a CFNA credit card. I know they are the credit company who provides cards for Firestone and Plaza Tire Service. I would guess there are other companies as well. Before applying for a card please make sure you ask if it is CFNA.

The problem is this -- they do not report credit limits to the bureaus. They report your current balance to all three bureaus, but report no limit. An essential part of raising your credit score is having a favorable debt to credit ratio. This ranges anywhere from 20%-35% depending on who you ask. If you have a $1 balance on a CFNA card, your debt to credit ratio on that account is infinitely negative because you're debt is $1 and your credit limit is unreported (which is considered ZERO by the bureaus).

I sent a few letters to their customer service department, and their responses were abysmal. I paid off the card just now, and will be canceling it as soon as the payment goes through. I see no reason in keeping a card that I can't use. My credit limit is $1200 and my balance is $159 but since they don't report a limit my overall debt to credit ratio is 75%. My only other credit card has a $200 limit so it's showing my overall debt as $159 and my overall available credit as $200. It should be $159 versus $1400 which would be about 11%. CFNA refuses to do anything about it since they are "not required by law to report credit limits". So much for customer service. I'm glad I paid it off before they got any of my money.

I'm going to try to spread the word as best I can that this is a horrible practice and extremely bad customer service. I opened this account hoping to increase my credit score, and it has dropped it by over 20 pounds will all three bureaus. I've spent a couple years trying to raise my scores and this just set me back a good six months. The inquiry alone will haunt me for two years.

I went into the Mall of Georgia location when I noticed 2 of my tires were falling appart from the inside...

I have brought my van in three times to them, First time : i said brakes dont feel good and are making...

Firestone is a complete ripoff. My 83 year old mom went there for a tuneup and came out with a 2400.00 bill on a credit card she didn't know sh was getting. She thought it was a loan, they told her she could make small monthly payments. They didn't tell her it was at 23% interest. Her car only has 71, 000 miles on it, they replaced the struts, shocks, brakes and a lot more. Attonery General investigators have contacted us regarding our complaint. We hope they stop them from ripping people off.

Shopping trip to Hagerstown interrupted by a split rear heating hose. Told the mechanic/rep at desk that it...

Mechanic and business rep named Sherman in May of 2008 told my wife, then fiancee Rachel Johnson that all she...

managers lie to you and employees

I recently started a new job in Clarksville, TN at the local Firestone Complete Auto Care. The second day on...

overcharge/not living up to warranty

So 2 years ago I'm in Firestone to get a wheel alignment, in a moment of weakness the Store Manager...

mark-up on parts and labor

I am writing with a complaint about charges for auto repair at FireStone Complete Auto Care. My car wa...

I submitted a BBB complaint about this company on 8.3.09 due to the manner in which Mike Shaw treated me...

A few weeks ago I had all of my tires replaced by Firestone in Lake Zurich, IL. Well, the other day I had to drive to Bloomington, IN to help someone move into their new apartment. The trip was fine--until about 11 miles outside of Bloomington, when my car began swerving (and this was a 60mph road, mind you). I managed to make it over to the right side of the road. Upon inspecting the tire, I noticed a lug nut on the ground. It was one of the lug nuts that holds the tire in place. There was only one in there...all the rest had gone missing. With the help of a police officer, I managed to get my car towed to the Bloomington Firestone. There, they inspected the car and told me that the Lake Zurich Firestone had put on the back left tire very poorly, with lug nuts that weren't tightened all the way. Some expensive Audi part in the wheel had been damaged, and the soonest they could get the part in was Thursday. This was Saturday, and I had to return home (5 hours away) on Sunday. They told me that Firestone would cover the expenses. Well, I have dealt with them for three days now and they had made no progress in talking to claims about covering the expenses or getting my car back to me in Chicago. Finally, this morning, I got called by a man at Bloomington Firestone who suggested that it was impossible that the Firestone in Lake Zurich had made a mistake, and that someone must have unsuccessfully attempted to steal the tire in those few weeks I had it. He said claims would call me later today to handle this issue. They didn't call. Based on the guy's response that Firestone couldn't have made a mistake, I think I have an uphill battle ahead of me to get all of the repairs, towing, and transportation refunded.

Firestone Complete Auto Care
1
%
Doing nothing would be this company's favorite pastime, if they had the energy for it.