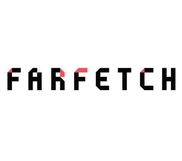 Having problems with Farfetch?

ComplaintsBoard.com is not affiliated, associated, authorized, endorsed by, or in any way officially connected with Farfetch Customer Service. Initial Farfetch complaints should be directed to their team directly. You can find contact details for Farfetch above.

Use this comments board to leave complaints and reviews about Farfetch. Discuss the issues you have had with Farfetch and work with their customer service team to find a resolution.

I have ordered 2 sunglasses, and only one came. The box was small so it was not possible to put both in them, even DHL have confirmed that-but still fighting more than a month for a refund.
Order WZT9LY was made 7.12.2020 and came 11.12.2021 without one sunglasses
The glasses were Christmas present and I had to buy the new one.
After several emails I have called again yesterday and they have said that the refund have been refused

After posting on all portals what have happened and calling every second day they have given me my refund.

I made a order before Christmas for a gift, the item was updated with UPS and noted as delivered a day earlier than expected. I had no delivery and contacted Farefetch asap to advise them I haven't received anything, they told me to wait until the delivery day, I did so and still not received anything. They said they would investigate and then advise CASE CLOSED as UPS states the parcel was delivered! I am so upset they would do that, I just wanted the item, they were rude and unhelpful and now i have no item and have been robbed hundreds!! Most unprofessional company to work with high end products they need to be reported.

I had order Gucci GG Marmont small shoulder bag which is size width 26cm. But received GG Marmont mini shoulder bag with size 22cm.
I had also paid to Malaysia custom for import duty tax with MYR921.40 which is cannot refunded even though goods returned to seller.
Very disappointed with Farfetch as I had spend so much money to buy a luxury tru Farfetch. I'm need to ask for refunds and also claim the import duty tax that I had paid from Farfetch. Seller need to bear all the extra charges caused by wrongly sent item from seller.

Farfetch.com — It was the farfetch company perfect for me?

Between 5 and 14 Nov 2020 this company with four hypothetical

And without I ever having any contact with this company before!

I live in Athens, in suburb οf Athens Pefki. I never had the intention

to buy anything from this platform. Anyway I did Know it before.

But this company accepted my credit card someone else to use

I odered a MSGM tshirt on sale from farfetch. Item was reviewed for few days when all the other items I...

Ordered a wallet on farfetch, nothing was delivered to me, no delivery person came to my apartment that day (thus, no contactless delivery, no in person delivery with a signature), although farfetch says it was delivered and that package might have been left outside in the street and somebody might have stolen it but they say they're not responsible for it. And told me I had to pay for it still. I really do not understand, why did not they did deliver to my apartment, and why would they leave it in the street as they say? And if they lost it, why am I paying for it, while they can easily solve between farfetch and shipping company, but they're too lazy to resolve the problem actually, and i'm left hanging here like this clueless, feels like they scammed me and took my money.

Farfetch — Order I did not receive

Farfetch — Did not arrive - refuse to acknowledge refund

To who it may concern, Please help me An item did not arrive at my property. Farfetch refuse to acknowledge...

I purchased a Jacquemus bag from Farfetch for $294 Canadian dollars on may 27th 2020, and I received the...

I had purchased 2 identical necklaces and when it was delivered, there was only 1 in the package. By the way...

This is not the first time purchased from this website, most of the time are good except this round in end of feb 2020. Farfetch vendor refused my return of a wallet after she inspected with very long nails and claim I had scratched the item and refused my return. Then, she return the wallet to me but suck in italy dhl due to convid 19. I been mentioned to farfetch in march 2020, I need did not damage the item and I want my money back. After almost 3 months the vendor is now forcing me to accept the wallet return by dhl and refuse to refund.
Everyone, please ensure take photos of the product before pack / return, otherwise, you will be another victim.
Here is the photo of her long finger nails inspecting the wallet!

Farfetch — Lost package of an issey miyaki dress us$616.25

WORST customer service experience with heartless communicating willingness to solve a problem for the lost...

Farfetch — No reply/refund for a long time on Farfetch

I returned an item on April 10, with the tracking number, I found the item had arrived to the boutique for a week, but the status shows on my account was still "returning". After contacting customer service several times, they finally replied me that the brand box was damage and they can't accept my return. I explained that I returned the time with undamaged box, and I didn't know what happen on the road. They didn't give me any solution and started to ignore my email. And now, I don't have the item back or my money back. 1200 dollars are not a small number for me!!

I have tried three times to order a purse from Farfetch. The first time, I was charged but then got an email 3 days later saying they couldn't verify my payment information (fishy) and my order was canceled. I placed a new order with a different credit card. Again was told it was canceled, but that charge is STILL pending on my credit card. I called support and was told there would now be a note on my account and my next order should go through with no issues. Two days later, I get an email asking me to send a picture of my ID and credit card. That's when I started googling and realizing a lot of people have had issues like this. Now I have two charges, one on each credit card, that are pending and have not yet been canceled. This was very fishy to me and I've never had these issues with my card before (I have a Chase Sapphire Reserve card, those are pretty well trusted by most online vendors). I'm concerned about if I will get my money back for multiple purchases and I don't even have the item.

Farfetch — They allowed a stolen card to be used, despite my notification

My card was misappropriated and I was notified it was used for several transactions, two of which on Jan 7...

Farfetch — I have received no reply/ refund on my cancelled order. long response time

Order no: KKS3NR
I have been talking to farfetch regarding this order of a barba napoli shirt and have repeatedly told them to get in touch with dhl so that they can take the shipment back as long as it is in italy. The customer service execs take a day to reply unlike mr. porter's immediate response. I am receiving no updates and am getting calls from DHL to update my kyc documents which, as i said dont have my current address. DHL has also informed me that once the parcel reaches india it could get stuck at the customs and it would be a lengthy procedure to even send it back to the place it has been shipped from (italy). None of the execs are replying to my mail

I tried to buy a scarf I really liked the look of. Twice. I came in to the transaction, and it seemed to proceed smoothly until a solid 25 seconds after my order had been confirmed. At this point I received two emails almost simultaneously. One of them described Farfetch's failure to process my payment info, the next a Curt refund notice. 10 days and all that. You know what? Maybe it really was a failure to process my payment info. I'll just use a different card. Well nope. I tried to order the scarf again, only to get 3 emails on quick succession: Order confirmed, Order cancelled, Refund issued. I'm not yet sure if this is actual credit card fraud or not. Maybe they ran out of stock and are just too embarrassed to tell the customer. Who knows. I wish Farfetch would let me know the particulars of the cancellation, and maybe, just maybe actually send me my scarf. In general I probably would discourage friends and family from using this online shop. It seems like they either can't get their ducks in a line or are scamming their customers. I have been sorely disappointed in all the proceedings thus far, and will probably never use this accursed website again, nor will I allow anyone I know personally to be tricked like I was. I just wanted a scarf. Now Farfetch has two credit cards( yes I know I shouldn't have done that no need to remind me), and I have no scarf to show for it. 0/10. If customer service wants to sort this out I would be more than happy to pay the aforementioned sum of money and buy the darned scarf, but I can't believe they'll have any mind to do so, as so far they have simply taken my money, cancelled my order, and have yet to deliver on their promised refund. Once again 0/10.

This is my first time ordering in Farfetch and what a terrible experience! Date of Incident - October 15th...

I did not receive the shoulder strap that was supposed to come with the Prada mini bag. Upon writing to the...

Farfetch
28
%
Not bad, but could've been way better. This company does respond, but not as often as you'd expect them to.