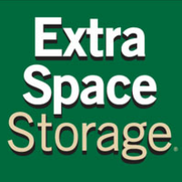 Having problems with Extra Space Storage?

I have a storage unit and they are saying my account is past due. It definitely is not. Specifically, they say that my payment for August was not made. My payment is made directly from my checking account, and my account shows that payment was made at the end of July for August. I spoke with the person at that facility and provided proof from my bank, but she claims to not have received payment. I have also spoken with my bank and they said they would stop the first payment and issued another -- which the Extra Space person still claims to not have received. I have been charged a late fee, am receiving late notices, and have been locked out of my unit because of sloppy record keeping on their part. I just wonder what happened to my payment and how many other people are being scammed this way!

Rates will increase after 5 months and then 9 months - but will not tell you when you move in. My rates were increased so much that I could move to a nicer storage company that actually had more secure access and air conditioning! Read the fine print - they can increase your rates at any time with 30 days notice!! I think this is a poor way to do business - they get you to move in and then they keep increasing your rates...don't get screwed over by them - get it in writting that your rate will be fixed for at least a year.

A laid back pleasant staff who is not interested in providing outstanding service.

1. When received quote over phone, no mention of additional insurance fees.
2. Free use of truck took weeks to book in advance & when I drove to location to pick up reserved truck, it was damaged and unavailable. NO PHONE CALL TO ME TO CANCEL MY RESERVATION. I TOOK OFF WORK AND ARRANGED MY ENTIRE WEEK AROUND THAT RESERVATION.
3. The employees could use some surprise visits by undercover ratings customers sent by headquarters.

It's not that anyone is rude, it's that they clearly have no interest in being really good at the service they provide.
I am completely dissatisfied each time I visit this location.

I will search for a new storage space with another company.

Moving out of my unit I filled out the little "move out notice" card and put my move out date as 2/18. My bill was due on the 14th. My fiance moved us out early on the 13th, did the walk through with the manager and made sure the unit was empty, went back into the office where some customers came in, and the manager started helping them out while working with my fiance. The manger told my fiance he was good to go so he left. The manager called us on the 18th and confirmed that we were moved out of the unit. But we didn't think anything of it. Now extra space is trying to charge me for the 4 days that we weren't even there because we were suppose to get a receipt when he did the walkthrough with the manager. I tried to politely explain to the manager that he did the walkthrough with him on the 13th but did not receive a receipt. He swore up and down that this is how it's always done with every customer. I told him I'm sure it is, but this time there was a mistake and we need to fix it. And so I asked how do we fix it. He say's I don't know m'am. Then I ask him aren't you the manager and he says yes, but he doesn't think it can be fixed. So I called the "800" customer service #, where I told him the whole situation. He said it wasn't right and being that I wasn't hollering at him when I told him, he gave me the corporate number in Utah. Where I left them a message and am now waiting on a call back.
Now I understand that no one is perfect and that we all make mistakes but why can't a manager understand that and at least try to fix them. He's obviously not capable to help multiple customers at once and maybe he shouldn't be managing something like a storage counter, where there is usually only 1 or 2 people behind the counter to wait on multiple customer's coming in at once. Just beware when working with the manager @ extra space storage in WPB on Southern Blvd.

This company is a piece of work! I am an existing customer, with the unit in my wife's name. For a second unit, they wanted me to fill out an application (fine!), but they wanted to fingerprint me (no way!). It's their policy! No way I am letting some random business have my fingerprints. When I told them no, they got really belligerent and rude. I walked out of there and am looking at other places now. I asked at UHAUL and another local place and they don't fingerprint.

Extra Space has a nice facility, but it is not worth the extra money or the invasion of privacy and aggravation.

The complaint has been investigated and
resolved to the customer's satisfaction
Resolved Extra Space Storage - Vancouver, WA. — unethical - horrible management

I went in person to Extra Space Storage here in Vancouver. The manager didn't even acknowledge me when I...

The complaint has been investigated and
resolved to the customer's satisfaction
Resolved Extra Space Storage — shame, shame, shame

I rented a unit for 3 yrs;I moved out 9/28/07. I found the remains of a very severe rat infestation in my unit. My furniture, boxes, etc were covered in rat droppings & smelled of rat urine so strongly we couldn't stay in the back of the unit to pull stuff out. Found silverfish all over the place.Dessicated remains of 3 rats in a corner under my stuff were found. The possibility of contracting some disease was on my mind.

I gave the manager a letter 10/1 asking for some compensation; I don't feel they lived up to their responsibility to provide me with a clean, safe storage unit.I left more than 3/4th of my stuff to be destroyed. The response from management was "They told you they had a rat problem" (Yes, they did as casually as they might say they had crickets.and they said it was resolved)2 months later & no one else has returned my call.

I would highly recommend staying away from this company. I had a disturbing experience with their Plymouth...

This location used to be owned by USA Storage but is now owned and managed by Extra Space Storage. Under USA...

These people have a license to steal. They can sign for shipments which then “mysteriously disappear"...

Extra Space Storage
20
%
Not bad, but could've been way better. This company does respond, but not as often as you'd expect them to.