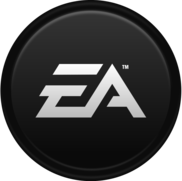 Having problems with Electronic Arts (EA)?

Looking further into the multiple complaints against Pogo and EA games, I decided to keep a detailed record of all "winners" of any and all Pogo Jackpots. My findings were quite interesting:

Of those, 2, 837 were either inactive very old accounts, or brand new.

Interestingly enough, 2, 944 of 3, 652 jackpot amounts below the maximum were denied to the winner for supposed "fraudulant activity" such as claims of the winner using cheat software, etc. Of the accounts that were paid, most amounts were less than $200.00.

It is my firm belief after much investigation, that Pogo and EA games are mass advertising these massive "jackpots" to lure unsuspecting gamers into purchasing their subscriptions. I believe from my findings that Pogo and EA games in collusion together have created a system of "ghost" accounts and set the jackpots to strike these accounts specifically in most cases to minimize their losses.

The lack of contact information provided on their pages also suggests that they are indeed attempting in every way to be inaccessible to their member community, thus adding to the suspicion that there is definitely some ulterior motives at work.

In conclusion, I'd like to advise any and all Pogo and EA game players to use extreme caution. Their terms and conditions for paying out of jackpot winnings find a HUGE loophole in the online industry, and they use it quite frequently to their own advantage.

The fact that the internet is so vulnerable to hacking is precisely the loophole Pogo and EA needed to exploit their users by claiming their accounts have been hacked in order not to pay out the jackpot. The fact that it is so hard to prove otherwise is exactly why Pogo and EA continue to get away with these claims. The only way to prove 100% beyond a shadow of a doubt is for federal authorities to seize all Pogo and EA softwares, databases and servers and investigate internally. I can pretty much assure you, much to my dismay, that will never happen.

Clubpogo received my moms' order on Mothers Day 2008. Shes's had nothing but problems the lastest being full page advertisments come on the screen. That has not been the case until today. Now she plays for maybe 5 mins. with a Listerine Bottle fazed on the back of the page. Come on guys, sup-
posedly after paying for the exclusive members club. Also when she signs on she no longer gets a full screen of games. It has been reduced by half. I just cannot believe this is a paid subscription. She has another 8 months of this junk...have you found any solutions? Please help????

Issued Club Pogo 2/2008 and it was disconnected from my PC in August. It was paid up for a year with credit...

re: not paying jackpots

Regarding all of you complaining about pogo. Do a search for California Attorney General's office. It...

I am a paying member of Club Pogo at around 3:00 am central time i was notified that the servers would be shutting down. So I closed out my game I was in which was mahjong garden. I knew my dragon was 70 years old and my rank was breathing fire. Two hours later I log in to find that it will not load my previous rank or dragon and that it has begun all over. when you check my stats it shows how old the dragon is but when you log out of the game it starts you all over again.

your games are running slow

I've been a member for some years now and never like this before. It is to slow and not running at all.

The games are running like turtles, the balls are not falling into place.

I've braodband and a new system what's the problem now, fix it. I need my games to work.

rip off artists and thieves

As soon as I received my credit card bill I noted they had charged me $39.99. I did not authorize them to...

I paid to join ea/pogo last year. After I joined I could never play chess, either I could not get into a room or it would stop working during a game. The whole thing might freeze up. I would ask for help and never receive an answer. I think for $39.99 a year one should get service for what you pay for. I quit trying to play on their web site and went else where. I completely forgot about pogo until I received my credit card bill today Aug, 2008 and there was another charge for $39.99. I never signed up for recurring charges and never left my card on their web site. The card was expired so should never have been used. I am going to turn them into the FTA and CA Attorney General s office unless I get my money back.

Sorry i dont talk very well!But i have a complaint to do.you charge me two times my bill on may and july 2008 i want to know for what.Please send me my money 41.99$+tx=43.24$.They charge me on two credit card .master card canadian tire and master card mosaik.Please help me

Uploaded to new browser version Mozilla/firefox3.01 and could not play my favorite games with my other...

For the last two months, I have been unable to play ANY of the Club Pogo games without my computer freezing and giving me the message "Not Responding". I cannot play a complete game. I do not have this problem with any other site so it is not my computer. Either fix the program or I am not renewing my subscription ~ I've been a member since 2002. I can spend my money at other game sites and play a complete game.

Please transfer my pogo account along with my tokens and friends information to the above email address. AOL...

I've posted before about being denied my jackpot win but I wanted to update the "saga". It's now been three months since my win, the BBB has closed my case because I won't accept EA's excuses and EA won't answer the BBB anymore. But just today(7/5/08) I got a letter back from the California Attorney General's office. It's just a form letter but in short it says they will keep the info open and look into EA if they get enough complaints. Go online to California.gov and look for the link to the AG. Everyone who has been cheated complain to them, they will listen if they start to get more complaints! If we all start complaining the EA will have to own up to this.

I had a charge on my cc statement from Pogo.com. I called the my credit card co. to dispute the charge and they gave me a number to call Pogo. I called and they wanted me to give them my number again. (They couldn't pull up the account by my name) I refused so they said they couldn't help me. I called my credit card company back and told them that I wanted to report a fraudulent charge on my account. They said that they would look into it and get back with me. Today, my soon to be ex credit card co. (Discover) sent me a letter that stated the charges appeared to be valid and that I would have to pay the charge. When I contacted them, the only information that EA Sports provided them was my cc number and verification number, which they would have had to make the first charge. They didn't give them a name, a e-mail address, or anything else. To pour salt in the wound, I checked my cc account on line later in the day and I've been charged again. Apparently it's some kind of monthly subscription that someone has given my cc number for. I'm not sure what to do next. I don't play games on line, never purchased anything from this company, and I can't get much help out of my cc co. I do know I'm about to change cc companies in the very near future.

I too won a prize, $10, then got an email saying I was being denied for cheating. After almost two months of back and forth with them I have filed a complaint with the FTC. They will not do anything directly but they enter the info online and if enough complaints are received an investigation will be started by the local authorities. Please, anyone who has been denied UNFAIRLY, go lodge a complaint with the FTC. Maybe we can get CA's attorney general to look into why so many people don't get paid.

I have tried for the last 2 days to play a game called jungle gin and it takes a long time loading then it...

I have sat in one room playing a game on club pogo that I enjoy. People come into this room and continuously harass and threaten other people. even though it is an uncensored room. they have threatened to kill people, molest their children and use very vulgar names and also racisms. I have contacted pogo continuously about this problem and all they do is send me an automotive response. I have tried contacting them and all i get is a machine. How can they let these people get away with this and not do anything.

I made a phone call to Electroni Arts with regard to this Club Pogo Account. An account that was set up in my name and money was deducted from my checking account monthly. I do not have a computer at home and cannot access games on my computer during the day, my company does not allow this. They promised to cancel account, return my money and gave me a reference number. The very next day, they withdrew another amount from my account. I'm livid and don't know what to do. I dont' want to close my account that I've had for 16 years, but have no alternative.These people are cheats and liars.

Electronic Arts (EA)
1
%
Doing nothing would be this company's favorite pastime, if they had the energy for it.