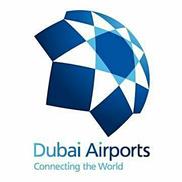 two items that were stolen out of my carry-on luggage

After arriving in Dubia from Perth Australia, we were placed in a lounge for transfer (disabled) to await transfer to flight to Newcastle UK. We were assured we would be collected at a certain time, which did not happen. I approached the desk on numerous times to give them my concern that my departure time was very near. They were more concerned on who was going to work overtime, and talking Amongst themselves.. Finally arriving a the gate, it was about to close, and everybody was on board the Aircraft. This action was totally unexceptable, Having the Best Airport in the World is one thing, But certain staff need to understand the importance of Customer Care, and ensure they carry out there tasks

I received automatic PC answer.That's how the Management resolves the client's problems in Dubai...

The security and immigration staff (specially the Arabs) at Dubai Airport are extremely impolite and...

the lady staff at dubai international have no manners how to treat passangers. we were told to have a body...

I wish to bring to your attention that the the staff at the Dubai International Airport are very impolite...

lost of baggage at departure

i have left my hand baggage at the dubai airport. after the security check i forgot to pick up my baggage. the baggage is tagged with my name and companys name. it is a doll house set for my daughter which i bought for her birthday.
i am rajneesh mehta.i was travelling from dubai to india newdelhi with air india flight no ai 746. on 29 april 2010. i am working for gsk consumer.
please if anything at all can be done do let me know. i will bear the courier charges also.


Dated on 15jan10, I travelled to bangkok with my spouse.My spouse holding Eygptian PASSPORT and me Holding UNITED ARAB EMIRATES PASSPORT, while CKIN in DXB-AIRPORT, they didn, t check my spouse passort details and didnt advise any visa requirment.Without checking all this they boarded from dubai airport.Due to this i stuck in BANGKOK AIRPORT and they refuse to give entry permit.

SO PLEASE TAKE THIS MATTER SERIOUSLY.

loss of my wallet

This is Muhammad Umer Iqbal, working on employment in Dubai, Company Name: Lonestar Technical Servies. On Tuesday 15-July-2008, on arrival from Karachi exiting Dubai International Airport on the 'Bus Stand', someone picked my wallet from back pocket containing following items:

Now i want to know procedure to report. Pls guide, guys Dubai is full of thief's... fadup of this. RTA Bus C1 due to luggage refused to give me ticket.

I travelled from SYDNEY to EBB with Emirates Airlines on 10th May 2008. I had a 24-hour stopover visa for...

I had a flight on the Nov 3th 07 from Dubai to New york jfk in Emirate airline. i had the worst customer...

W: MANJEZI / S MRS You’re Ref. DXB/X/HG/100707/6576074
On the 24 June 2007 at around 7am from our flight JHB connecting to UK flight we (myself and my 9year old son) were travelling on school holiday from JHB to UK via Dubai , securities at the boarding gate to UK stopped us and asked where you going? For what? Where’s your id, driver's license and old passport, I did not carry those documents as we had our passports, they asked me questions like where do you get money to go on holiday? Why don’t you stay in SA? Looking at my bank statement where do you get this money? Who’s his father? How much cash have you got? They asked me about the visa, I told them I do not need a visa I am a South African and even showed the email from UK embassy, they then took it, Who's Makhaya Ntini? Sing your National Anthem after responding to those question they ignored us for hours, they even changed shift, I cried and they said UK official will interview me and they won’t let us go if I cried, and no official came and after some hours when I asked the reason I was told to wait, I could see there were not flight to JHB and they said we should go and sleep at the lounge and at 22H00 we should go and report at the boarding gate for our flight at 23HOO all this time they kept our passports. All my hotels were booked and attractions in UK return air tickets were paid, Even my hotel and visa for Dubai We were going to spend 2nights on my way back from UK was confirmed and paid for. I showed them the proof. When I send a query to their customer service they refunded me R4741.14 for the ticket and R2100.00 for the stopover and I used R25000.00 when I complained about the amount "Lynne C. Sandys, Customer Affairs" told me I do not appreciate and I flew, I told her I was not going to Dubai that time and her reason was "Our Security personnel were informed by the ALO that you would not be allowed to enter the UK without a UK Entry Clearance Visa from South Africa and, therefore, you were to be returned to your point of origin, that is, Johannesburg" they could not provide me the name of the person who gave that ruling and they never spoke to any UK official. “I have got her response” All I want from them is my money or fully paid trip (AIRTICKET, HOTEL ACCOMODATION AND ATTRACTIONS)
We contacted the UK embassy; they told us they never received any query about us and they never gave that ruling. The securities even lied about our flight to JHB and said it was at 23h00 and we should board at 22H00 they told us to sleep at the lounge, they kept our passports, I called the SA embassy they were told there were no flight and they agreed that no UK official interviewed us, only on the 25June at 10H00 I booked at the Dubai International hotel and we were deported on the 25 June 2007 on the 10H00 flight.
Above is their ref number.
Thank you
Siskazi Manjezi

Dubai Airports / Dubai International Airport
2
%
Doing nothing would be this company's favorite pastime, if they had the energy for it.